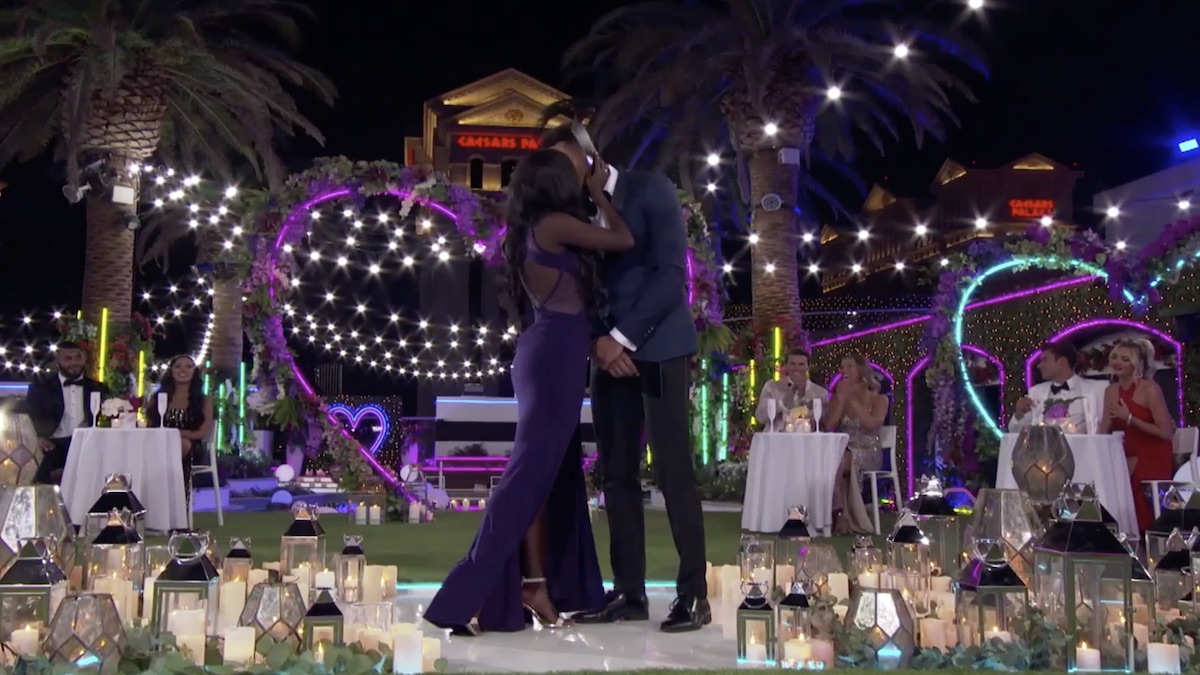 After a summer in the Love Island Vlla, the $100,000 couple have been chosen by America’s vote. If you’ve been watching the show, it’s no surprise who fans voted for as this season’s winners.

This year Justine Ndiba and Caleb Corprew made franchise history being crowned the first black couple ever to win in the Love Island franchise. Viewers were entranced with the couple, as it started slowly with Caleb being attracted to her energy and it soon blossomed into the sweetest love story on the show.

They secured a majority of America’s vote on Wednesday night’s finale to become the winning couple.

They made franchise history

Justine loves the skin she’s in but had her doubts about appearing on the show.  As a big fan of the UK variation of the show, Justine admits a lot of black girls haven’t had a lot of success on this type of platform.

Her doubts were only further cemented the first day when she was left in tears, but it’s safe to say she was glad she pushed it through until the end. 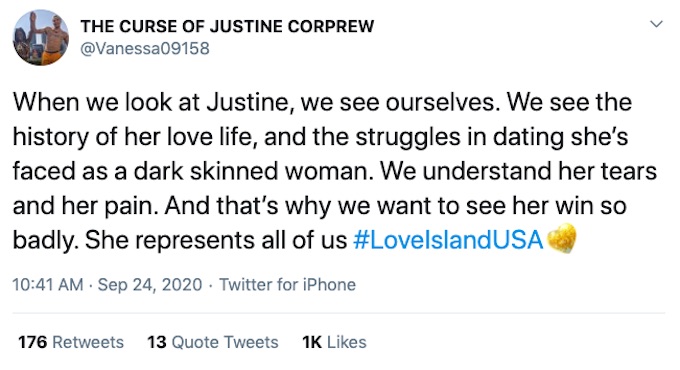 Fans appreciate the representation that Justine brings to the Love Island franchise.

“When we look at Justine, we see ourselves,” a twitter user wrote.

Winning Love Island was equally important to Caleb for many reasons.

“I can’t speak from a dark-skinned complexion perspective but I can speak from a man of color perspective and being a Black man. It’s really awesome to see that not only were we able to display healthy love for the viewers at home and it’s awesome that the people watching who related to us, seeing that healthy love can also look like that,” Caleb said in an interview with ET after the finale aired.

Both fans and Caleb’s father agree the couple gave a new representation to viewers what healthy love could look like.

‘Jaleb’ hive was the strongest on social media

The fandom of ‘Jaleb’ was unprecedented. They supported Justine from her start as the underdog to exit from the Villa as one half of the strongest couple.

Once Caleb and Justine got together, social media rallied for support for the couple. Jaleb fans made sure voters knew when to vote and stayed loyal till the finale.

Caleb said he plans on using the $100,000 dollars to take Justine on a date that tops their epic final helicopter date in Love Island. He joked that he was either planning on taking her to the moon or for a dip in a submarine.

Do you think Jaleb will last on the outside? Fans can all agree there all rooting for the couple to make it.