SHE's famous for telling it like it is and Love Island's Maura Higgins was typically direct during a phone-in on today's This Morning.

Maura, 28, who is an agony aunt on Phillip Schofield and Holly Willoughby's daytime show, didn't sugarcoat her advice as she responded to a viewer in a pickle. 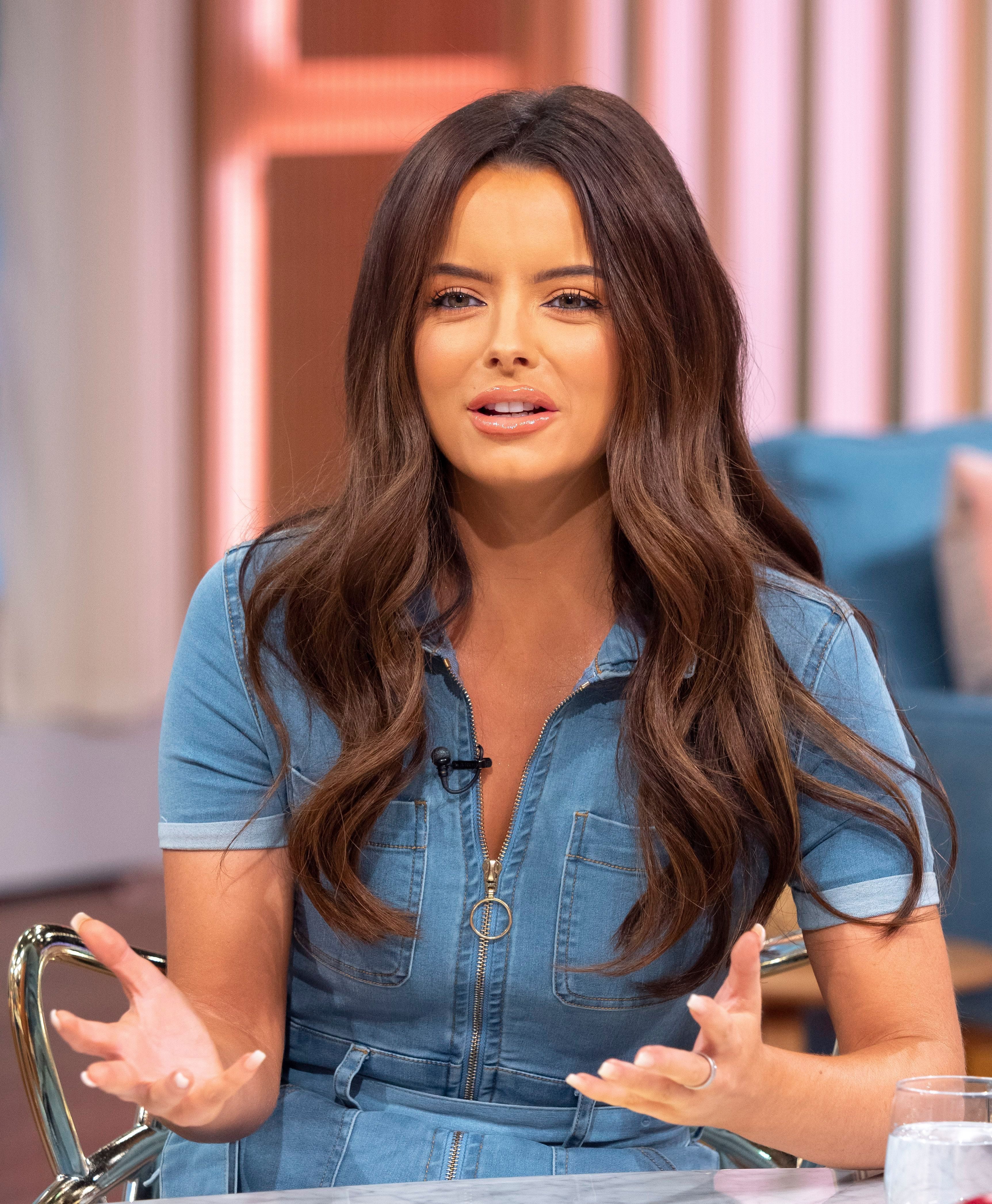 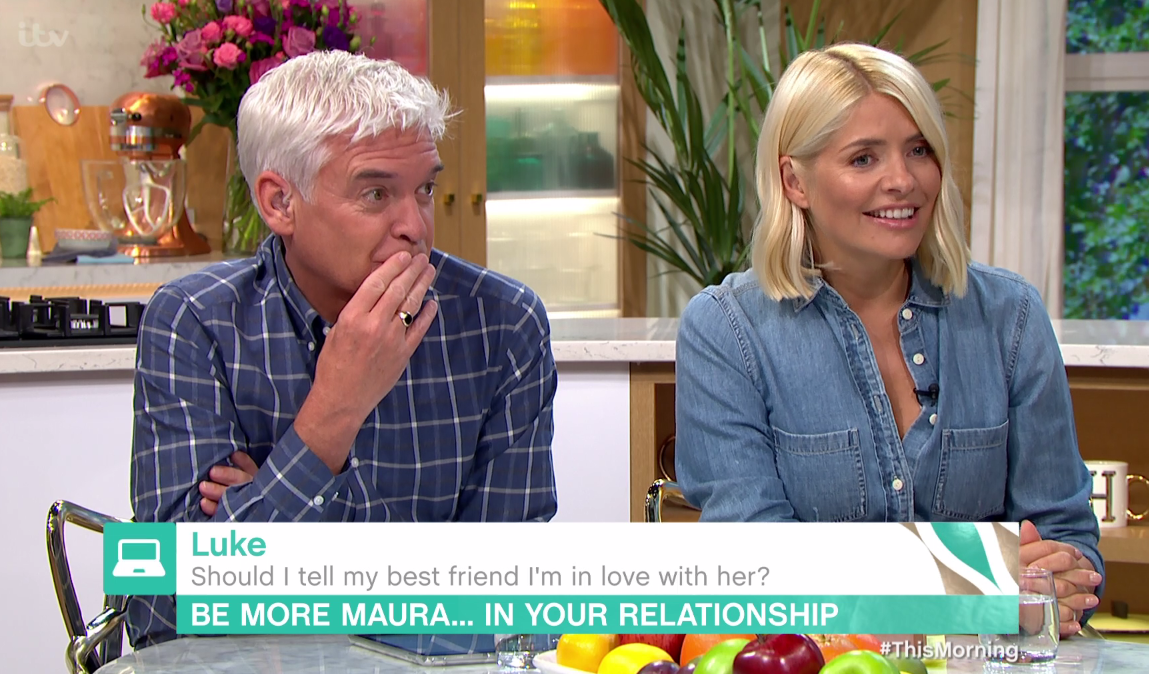 A young man named Luke wrote into the programme saying he was secretly in love with his female best friend but was scared to tell her in case it ruined their relationship.

Without missing a beat, Maura pulled a face and responded: "Tell her!"

Looking straight into the camera to address the viewer directly, the raven haired reality star added: "You have to tell her, don't ya?"

Phil and Holly looked taken aback by her blunt response, and  Holly looked like she was about to suggest otherwise.

But not giving Holly a chance to finish, the face of fast fashion line Boohoo quickly shared that she has been in a similar situation. 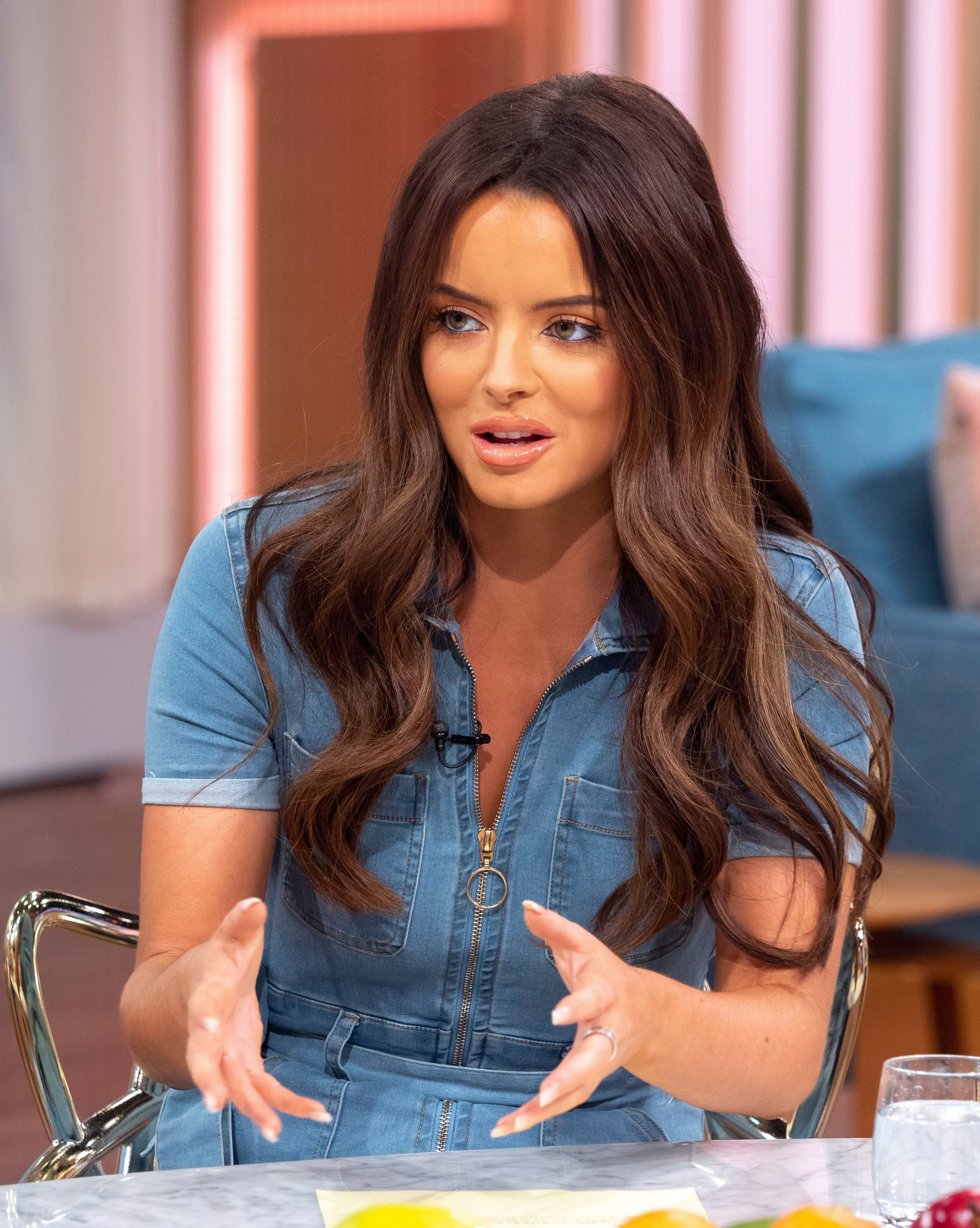 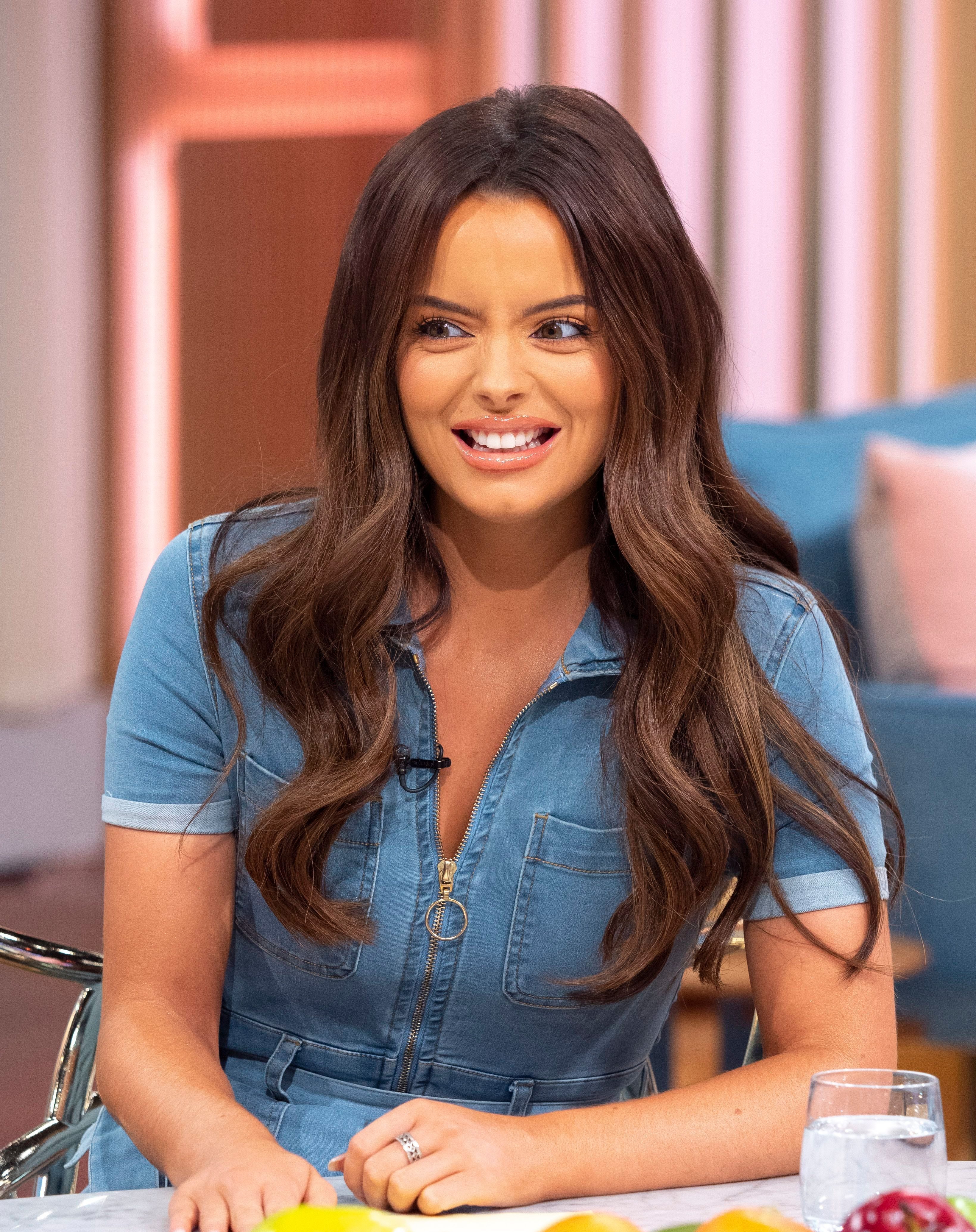 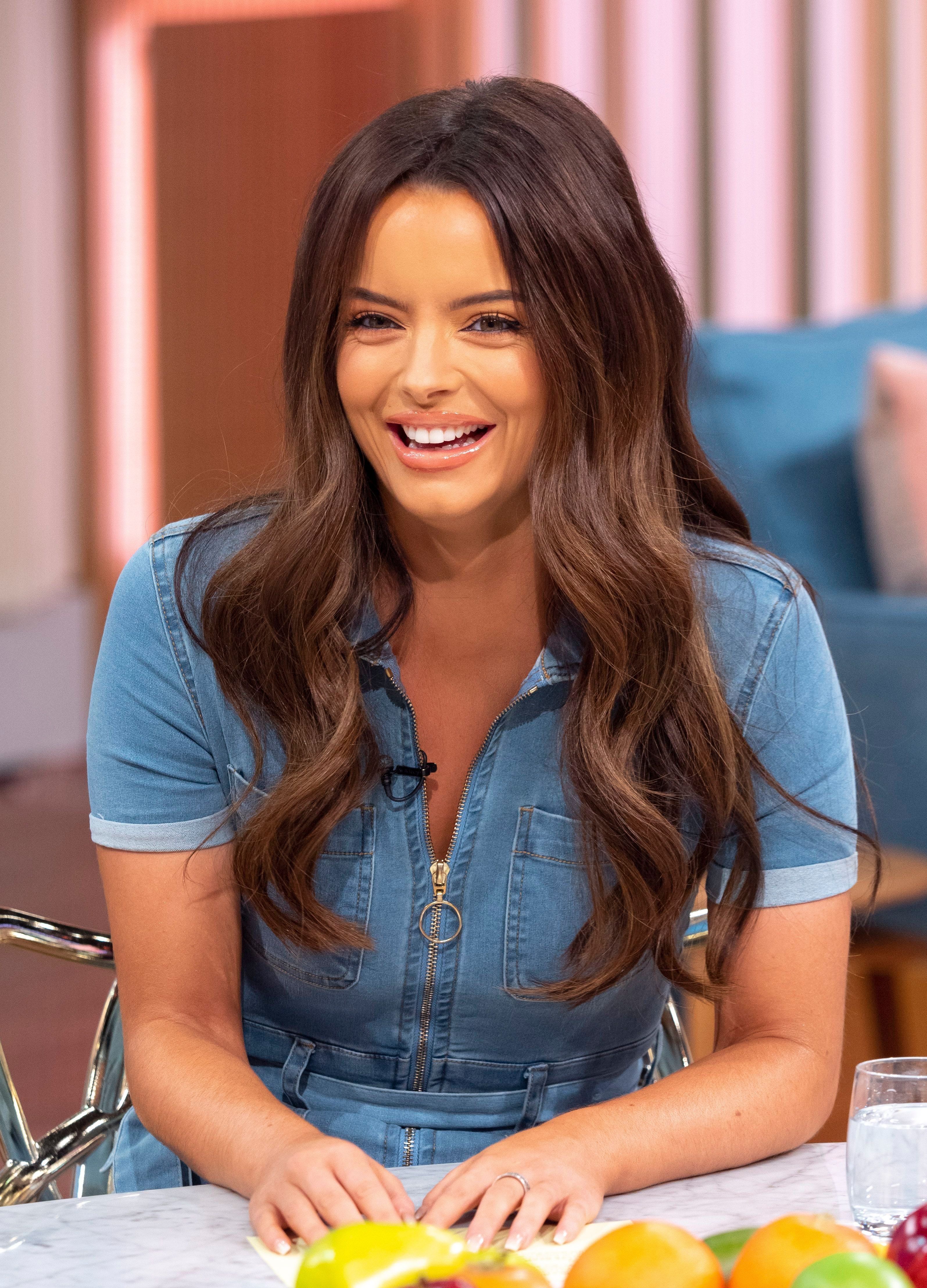 "One of my best friends actually told me that they had feelings for me and it never ruined our friendship," she revealed.

"But obviously it's a risk you have to take as it can make things a bit awkward."

When Phil and Holly then pointed out that how you deliver such a bombshell is vital, Maura agreed and gave her take on how a crush of this nature should be divulged.

"Don't be drunk, be sober when you tell her," she laughed, which Holly agreed was "good advice."

Maura then urged the viewer to tell his pal because otherwise he would "always wonder" about her feelings.

She then went on to encourage him to write back into the show to give an update on how he gets on.

But viewers had something of a mixed response to Maura's straight-talking advice.

Wrote one fan on twitter: "@MauraHiggins advice on @thismorning is brutal yet so true, definitely be more maura!!!"

Added a second: "Maura on this morning is everything."

Another disagreed, however, saying: "I love Maura but I’m cringing at her advice on this morning she’s utterly terrible 👀"

And a fourth tweeted: "Oh great advice from Maura time.. think I’d rather get advice from the magic 8 ball #thismorning". 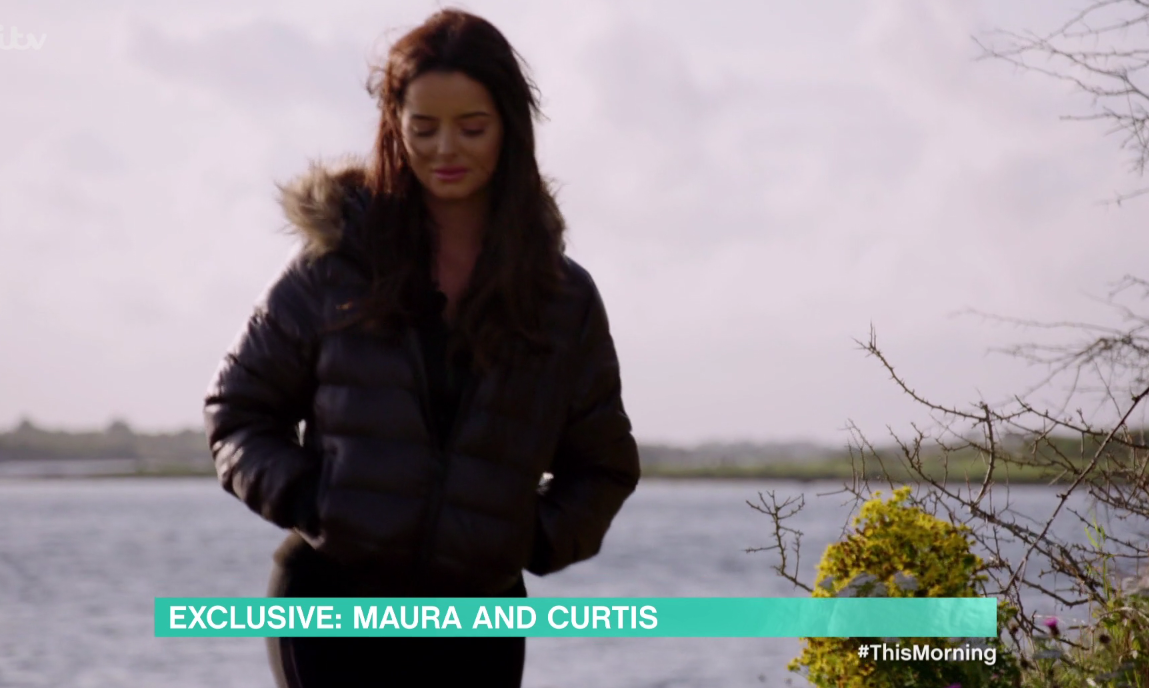 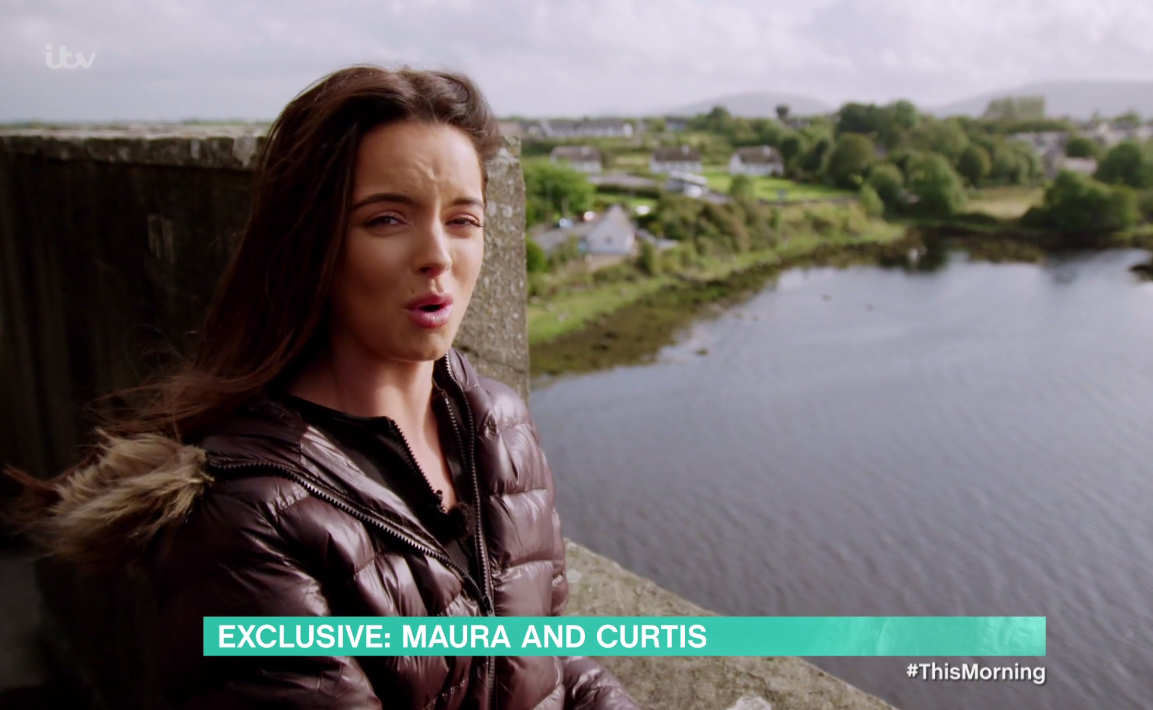 Regardless of some naysayers, show bosses at This Morning clearly can't get enough of Maura, who was snapped up to front several segments as soon as she left the villa.

As well as her 'Be More Maura' phone-ins, she presents Maura Than Meets The Eye, a segment where she travels the country to take on challenges.

She also revealed on today's show that she will also be fronting yet another upcoming item called Maura's Love Ireland.

In the series of films, the former Grid Girl will travel back to her home country to show us the wonders of the Emerald Isle.

"I am going to be exploring Ireland and showing the viewers why Ireland is such an amazing country to visit," she explained. "There is so much to do, even though we have a lot of bad weather, it is still amazing." 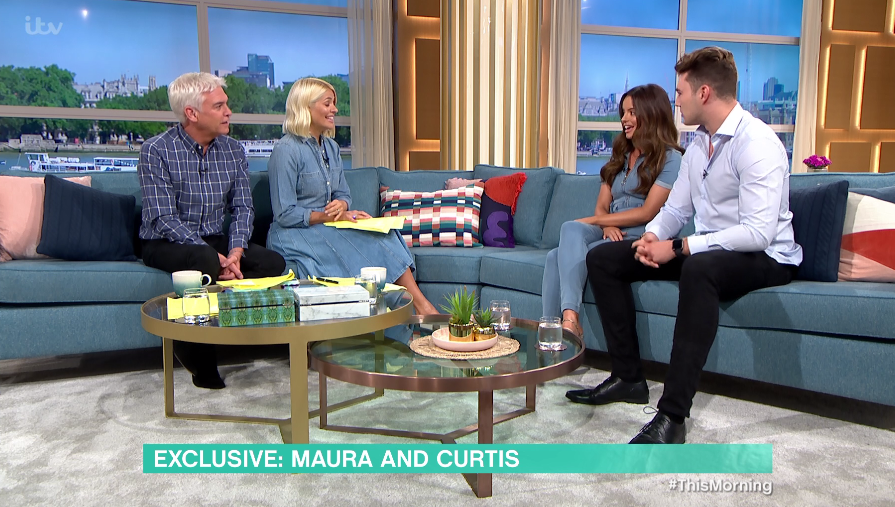 Maura revealed her latest gig during her first joint interview with Curtis Pritchard on the sofa with Holly and Phil.

The pair surprised viewers by revealing that, while their relationship is going swimmingly, they are still not officially boyfriend and girlfriend.

Looking slightly uncomfortable, Curtis said:  "You have caught me off guard! I am really happy but I haven’t asked her to be my girlfriend yet. I am not going top do it on TV. It will be a private thing. I am quite old fashioned."

Referring to his couple swapping on the show, Maura interjected: "You weren't old fashioned in the villa!"

Pushed by Phil and Holly about whether they wanted to be boyfriend and girlfriend, the pair admitted they did. 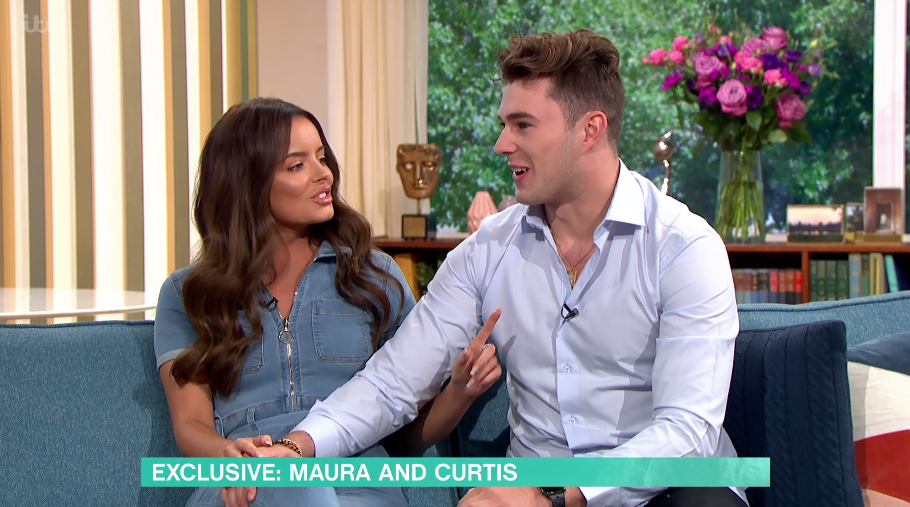 "I would yeah," said a clearly embarrassed Curtis.

While they may not yet be official, the twosome revealed that things have been going swimmingly since returning to the UK.

"It's really really good," explained Maura. "We have actually not had one argument since leaving the villa."
Seconded Curtis: "We are going fantastic. "

They added that the relationship is "easier" in the real world because they aren't spending 24/7 together. 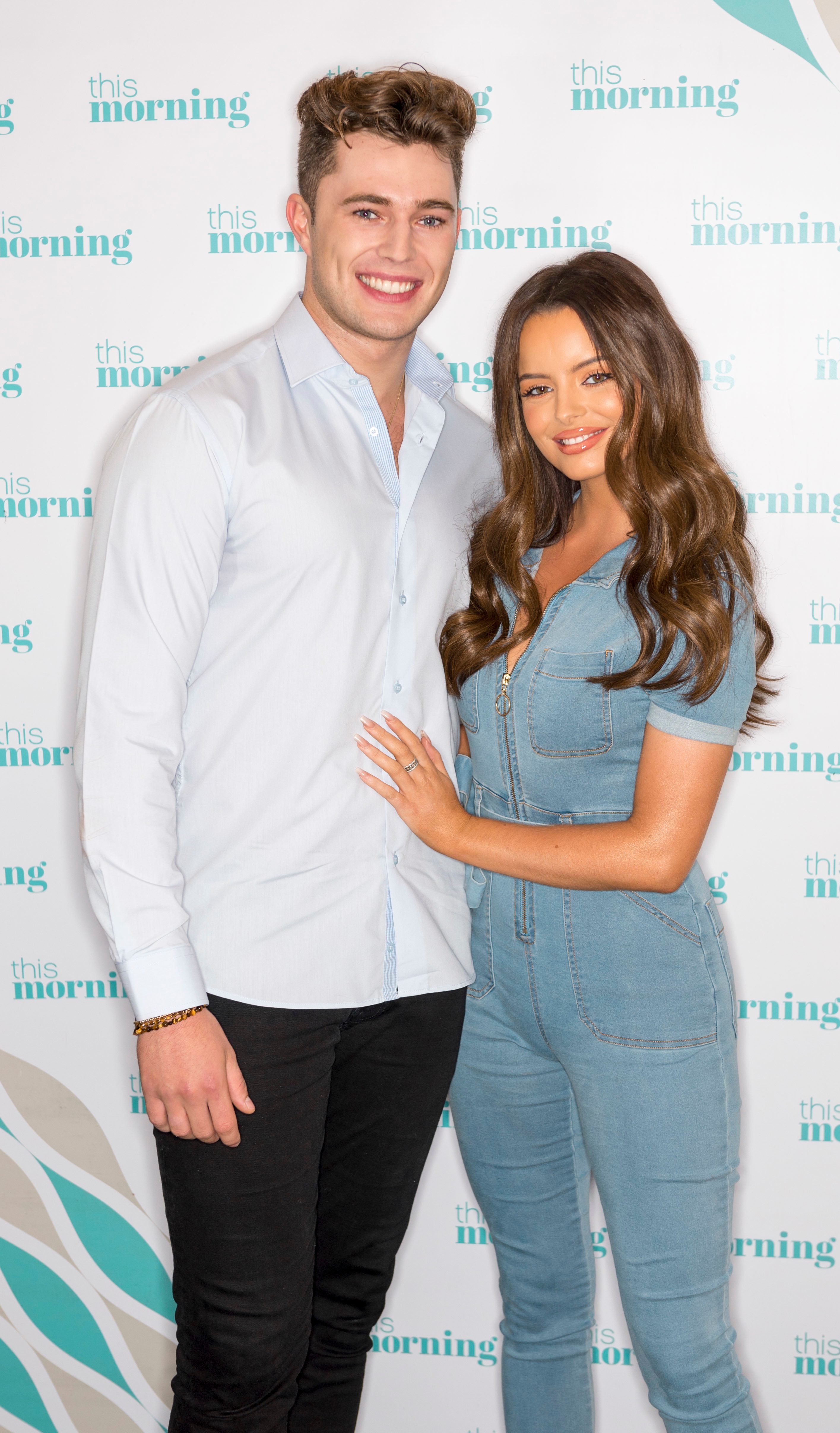 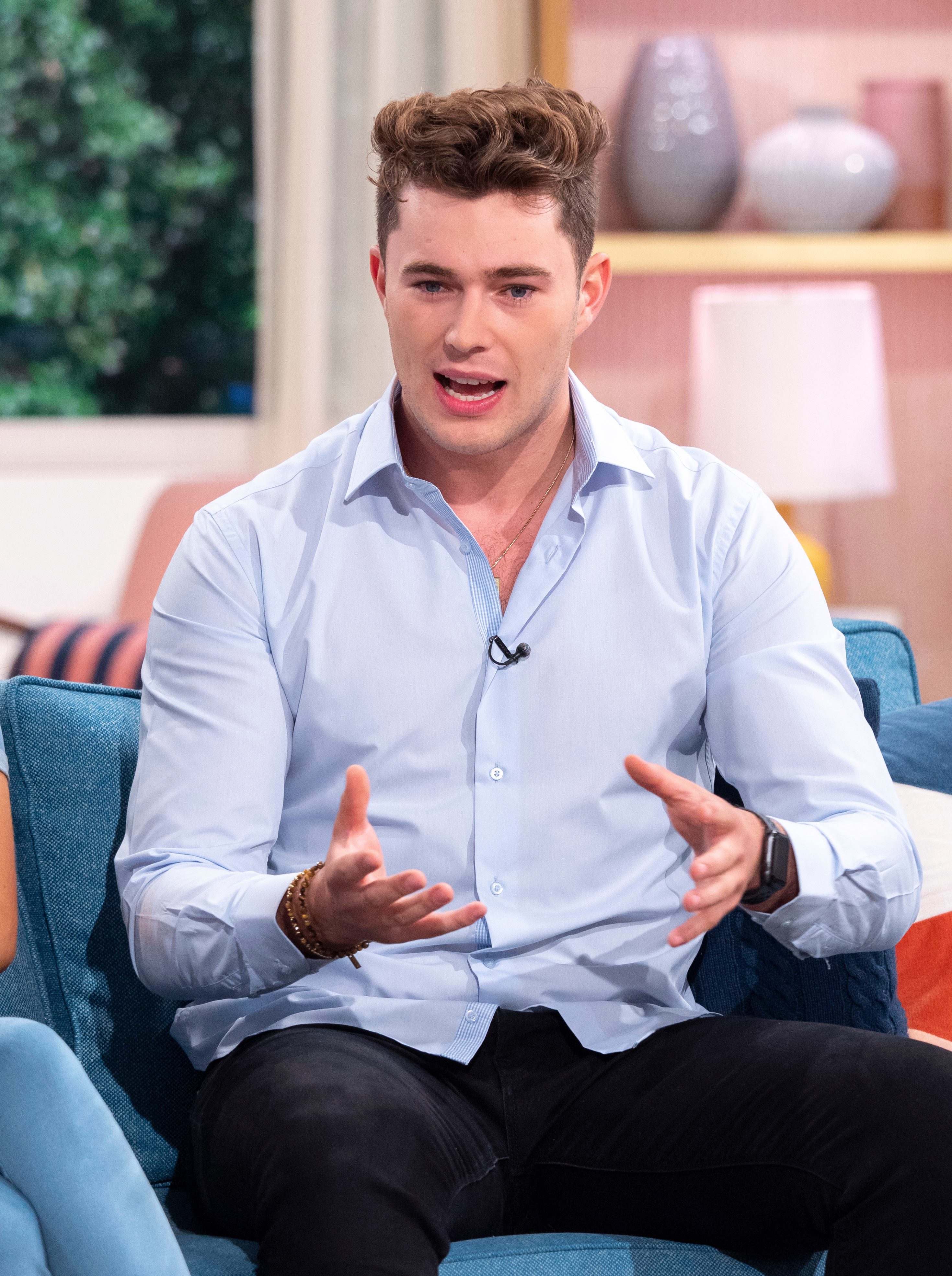 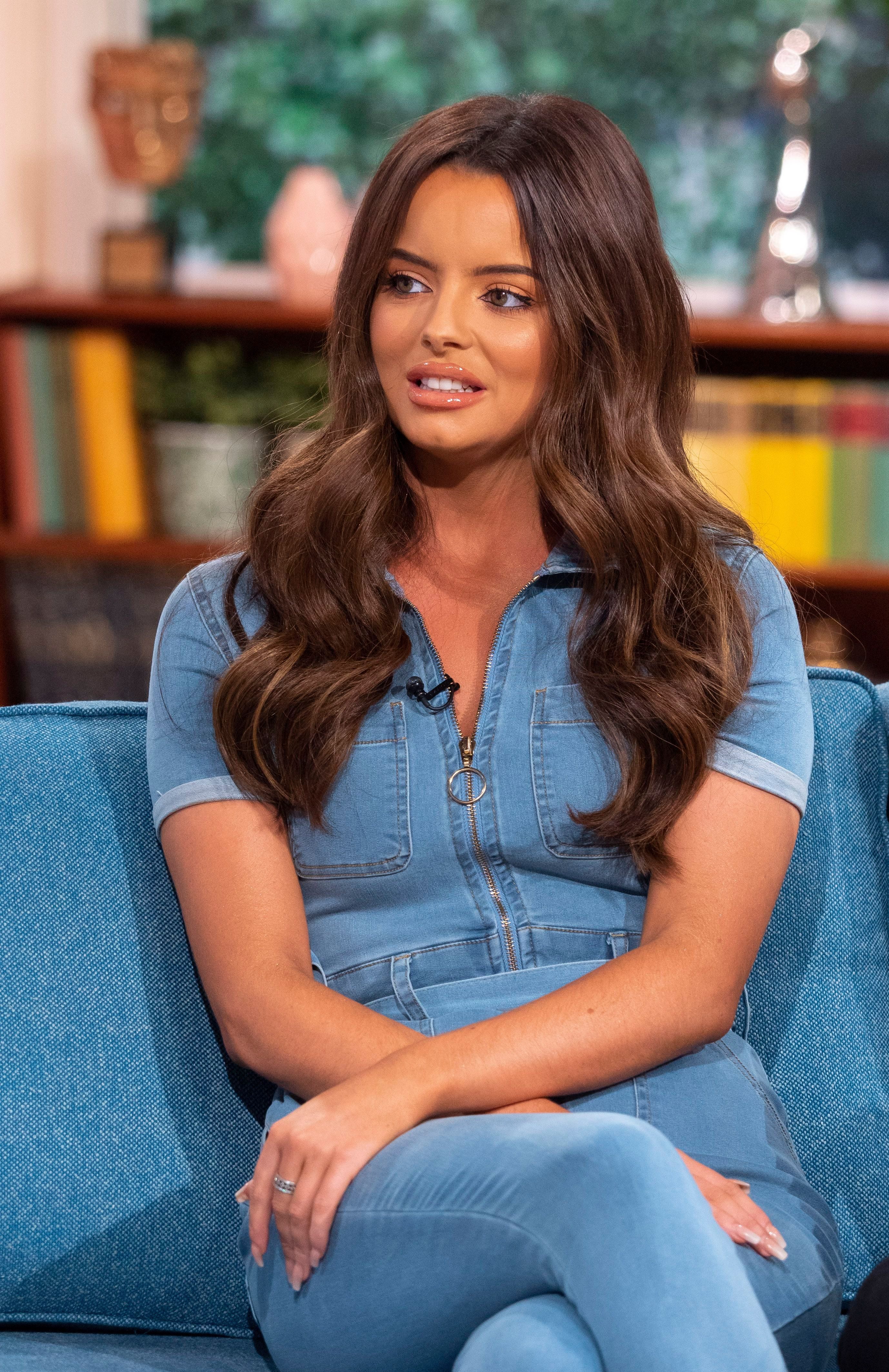 "It's good because then you have to miss someone," said Maura.

As for the speculation doing the rounds that the pair have split, they hit back at the rumour mill.

"It’s just because we don’t put everything on social media," Maura said of why people think they aren't together anymore. "We don’t have to prove that we are together and happy."

In another awkward moment later in the interview, Curtis was quizzed on his comments about his sexuality.

"It’s 2019. Nobody needs to be putting labels on anything," he insisted. "My goal in life is to be happy. This girl makes me happy. Everything is perfect right now."

Asked how she felt about his revelation that he could one day end up with a man, Maura added: "I am happy too. I am happy that he is happy."