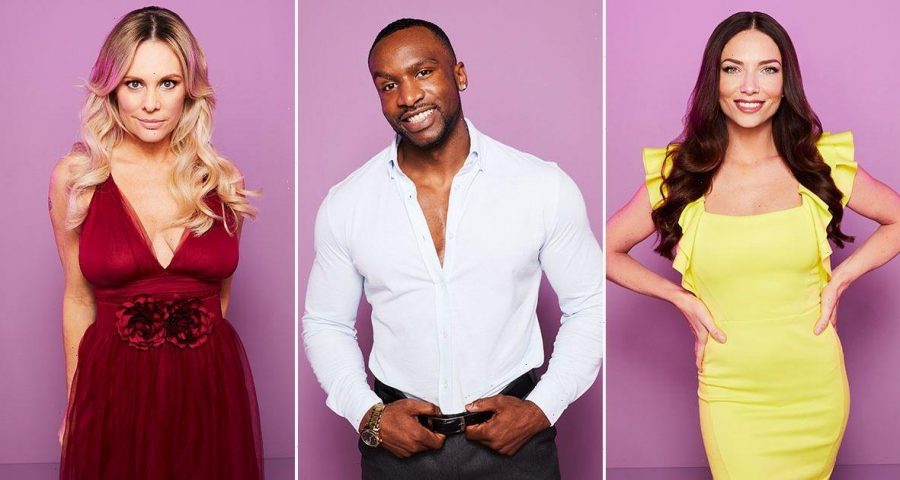 Lovers of reality dating shows can rejoice because E4's Married At First Sight will be catapulting back onto our screens this autumn.

With a cohort of hopeless romantics heading down the aisle who will be married at first glance – couples will make a lifelong commitment to one another at a glamorous ceremony with all of the trimmings.

Not only will the ceremony have everything a wedding usually has – guests, a celebrant, speeches, a first dance and a cake – but the couple will also head on a honeymoon too.

They'll then move into a home together to fully test the strength of their relationship.

With weekly dinner parties, recurring commitment ceremonies (where couples choose whether they want to stay in or leave the process) and much more – this series is set to be more dramatic than ever before.

There will then be a dramatic series finale where each couple must decide if they will recommit to their partner or go their separate ways, for good.

This year's cast has now been unveiled, with a host of sexy singletons that include a former Miss Great Britain, a hunky dancer from the Dreamboys and a music industry insider.

Manchest based, Adrian is a digital designer who is confident and caring.

He adores fashion and takes time on his appearance, expressing himself through how he looks.

Keen on socialising and heading out at night, he also loves dinner parties and movie nights at home.

Putting his bad experience with relationships down to people taking advantage of how much of a "nice guy" he is, Adrian has dated for three years but hasn't had much luck.

He hopes to find love in someone he can trust, and who can make him laugh.

He has lived in the UK since he was 10 years old, when his family fled the former Yugoslavia to escape conflict.

Bullied because he didn't speak any English when he arrived in the UK, he has turned his life around and credits his struggles to the person he is today.

Known for putting his guard up, he does however say that women fall at his feet.

He finds that the girls he fancies are often "superficial" and he gets bored of them easily.

Dad-of-four George has found it difficult to find love after divorcing his wife.

The Worcester-based financial advisor says something is missing in his life and wants the experts on MAFSUK to help him find that special someone.

George is a "true and old fashioned romantic" and was heartbroken when his relationship with his wife broke down.

Wanting to be kept on his toes, George wants a lover and life partner to keep him on his toes.

Account manager Jordan from Darlington thinks the "clock is ticking" and wants to settle down soon.

With the hunk owning his own home and having a good job, the high-flying professional says that he is a "great catch".

Jordan isn't willing to settle and instead wants to find true love a a real connection.

He acknowledges that he’s single because he's too particular about what he wants and knows he needs to relax and give girls more of a chance.

42-year-old London-based Kwame works as a business consultant and is confident and sophisticated.

With a successful career, Kwame is well-travelled and has already done it all because he has previously been married and had kids, before getting divorced.

In 2000, after struggling with his appearance before bulking up and growing a beard, Kwame won Mr Ghana and is a self confessed ladies man. Hunky Pjay is a Brummie dancer who wants to find love and create a peaceful and loving environment.

Not only is he a dancer, but Pjay is part of the world famous Dreamboys, meaning he’s never been short of attention.

His ex-partners have struggled with trust, but he’s a firm believer in providing reassurance when he’s off touring and performing.

His best friends are his mum and his sister and he this his mum everything – meaning his future wife will need her seal of approval.

Sales advisor, Richie is from Sheffield and has worked in the music industry for 23 years.

He’s written a song, which appeared on a Russell Watson album, and boasts that he’d be able to get him to perform at his wedding. R

The music-mad hopeless romantic has also worked with Sheryl Crow.

Richie considers himself to be deep, emotional, a good laugh, clever, and socially and emotionally intelligent.

He says: "I don’t care what the consequences are or what they uncover – never underestimate a man who has got nothing to lose."

Thomas is a mental health care assistant from Liverpool.

Bursting with energy, he loves a bit of sarcasm and humour.

He’s extremely sociable, unapologetically loud, and not one to back down in an argument.

The caring mental health professional is looking for a partner to help balance him out.

He says: "I’m really concerned they might not like me. That’s ok, but I don’t want to waste their time or my own time."

With her pals always saying: "always the bridal designer, never the bride", April is determined to find the one.

In her first two Miss GB beauty pageants she came second but, not to be deterred, she came back the next year to win it.

April considers herself a positive, bubbly sociable butterfly, with a "live everyday like it’s your last" motto.

She has one deal breaker though… they must love cheese.

Derby-based Chanita is a caring and protective social worker.

Two years ago the stunning contestant came out of a 10-year relationship and now feels like the time has come for her to meet her future partner.

Other than helping young people through her work, Chanita’s big ambition is to be happily married with a family and a stable home.

Jenna is a zero waste shop owner from Blackpool.

Hating the traditional concept of marriage, as it did not sit right with her that the woman would take the man’s name, Jenna wants to build a life with someone.

Not a fan of dating apps, she has said: "I don’t like dating apps and I don’t go out anywhere to meet anyone, so this is the only way I’m going to find love… hopefully."

31-year-old Jess is a dental hygienist from Cambridgeshire who describes herself as unique, weird, and extremely fun and outgoing.

Not afraid to do something that will make her look silly, Jess will happily get up on a table and start dancing and believes she needs her future partner to match the same energy as her.

She is a self-proclaimed Harry Potter fan and will force future partner to watch a Harry Potter marathon with her and wear one of her cloaks.

The 36-year-old beautiful London-based hopeless romantic is a businesswoman who left school at 16 to have her first child.

Despite it seeming like the odds were stacked against her, she managed to launch her own successful body contouring clinic – and now has two kids.

Her appearance is very important to her and she loves makeup and making an effort with how she looks.

Married and divorced twice, Lara lives in Nottingham and works as a waitress.

The ex-dancer is Canadian and has led a luxury lifestyle in the past, with the blonde beauty once flying from Japan to New York for dinner.

With her life very different today, Lara wants to find the one and believes in a happy ever after and fairy-tale romance.

She is said to be looking for her prince, to introduce to her two sons.

Whitney is 31 and works as a PA in St Albans.

Not short of male attention, she's looking for the one and fears that she will end up 50, single and alone with her dogs.

She's had a tough couple of years after losing her mum, who was her best friend.

The independent woman has dated lots of men on a superficial level, but she’s never found anyone good enough to bring home to her family.

Zoe is a quantity surveyor from the West Midlands.

Having recently turned 30, Zoe no longer wants to be known as a serial dater and is bored with the stale repetition of dating.

She wants to settle down and eventually start a family and is hoping 2022 is the year she finds the one.