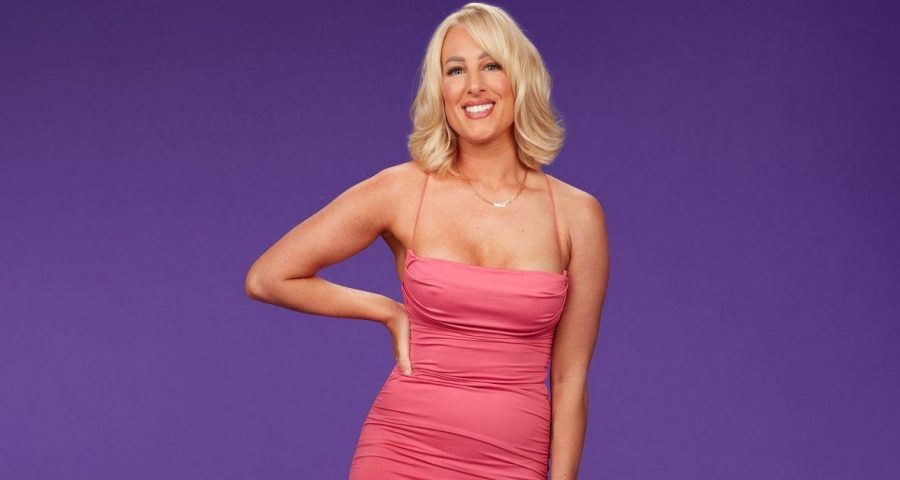 Married at First Sight UK's Morag Crichton is the life and soul of every party, following an unconventional upbringing between Essex and Ibiza.

The blonde beauty, 31, is unapologetically confident and loud, who in her mid-twenties chased her dream of being a veterinary nurse in Australia.

In 2019, Morag returned to the UK when her dad fell ill and recently died.

Now, she’s determined to find love and is looking for a man who is ready to embrace her big laugh.

She wants a man who's ready to begin a committed relationship but doesn’t want to settle down; they must be adventurous, fun and still love to party.

Since starring on the show, fans of MAFS now know that Morag was part of one of the first couples to blindly tie the knot, alongside her hubby Luke Dawson.

The stunning blonde beauty was paired with Welshman Luke, 36, but after an Instagram post fans are speculating whether or not they're still together.

Veterinary nurse Morag and fireman hubby Luke expected to keep the future of their relationship secret, as the whole series was filmed over the course of six weeks earlier this year.

Because there's not an awful lot to be said about recent Instagram snaps, we've delved into the Instagram back catalogue and found some super sexy snaps.

The stunning MAF blonde bombshell has posted some super sizzling snaps on social media in the past, so here at Daily Star we're going to take a look back at her sexiest snaps ever.

Taking to Instagram to post a sizzling snap showing off her toned physique and peachy bum, Morag's late night beach snap racked up a lot of attention.

Standing on the beach in Antalya, Turkey, Morag can be seen wearing just a thong and a long-sleeved black cropped tee.

Standing with one leg in front of the other, facing the ocean, Morag posed with her bum on full display.

With her hair wet and framing her face, the blonde babe smiled sweetly and captioned the post: "Felt cute, might delete later……."

While another gushed: "Hy there sexc bum bum."

'I plan to live life in a bikini'

In October 2020 Morag posted a snap from a lavish hotel in Turkey.

Snapping a selfie in her suite's mirror, she wowed her friends and followers with the sizzling snap that she captioned: "I plan to live life in a bikini."

Wearing a red bikini, she looked red hot as she posed in her room.

She wore her mid-bobbed hair down and straight, with a kimono over the top of her bikini.

Her ample assets were on full display – her taut stomach, her toned legs and her perky cleavage too.

"Oh Wow you are so hot," wrote one person.

While another said: "Jeeze, that's amazing."

In a sultry selfie, Morag pouted up a storm as she posed for the camera.

Wearing a plunging white top, the stunning star smouldered into her camera lens.

The blonde bombshell tagged the location as Edinburgh, Scotland and captioned the snap "Back to my favourite place."

With a peach lip, dramatic lashes and her hair straightened around her face, Morag looked fresh and classy.

One follower penned: "Hottie," but missed out on the chance of wedding the MAFS star.

Morag showed off her extra long pins as she posed in a bar in Ios, Greece back in 2019.

Wearing denim shorts that left little to the imagination and a white cropped top, the 31-year-old vet smiled for the camera as she rested her hands on her thighs.

Teaming the look with silver sandals and white nails, Morag's extra long legs were accentuated by the way she stood.

With a sun-kissed, golden tan, Morag is quite the jetsetter, which is apparent from her Instagram page.

Clearly proud of her peach, Morag has posted many snaps of her peachy behind – a surefire way to set pulses racing.

While holidaying in Marbella, Spain, the MAFS bombshell took to Instagram to post a stunning bikini snap that showed off her ample assets.

With her hair a little longer than it is now, and swept up into a ponytail, she stood at a balcony with her bum on full display.

Captioning the post: "The view tho….. #marbella," Morag reflected the image so it appeared twice – because two is always better than one, right?

Her friends went mad in the comments section as they gushed over her figure, with many dropping peach emojis.

Donning a different hair-do to what we see on our screens these days, Morag once had long hair that fell beneath her shoulders.

Posing in a hallway back in 2018, the beautiful bombshell can be seen wearing black skinny jeans, black boots, a black bag and a mustard t-shirt with a tiger motif on the front.

Smiling into the camera, Morag wore her shoulder-length hair down and slightly wavy, paired with a red lip and a sultry eye look.

She captioned the snap that showed off her pins: "Had such a lovely Birthday yesterday, thanks everyone for your lovely messages and gifts… love you all! Now of to celebrate in Newcastle with the TMOFAM!!!!"

Friends were quick to gush over her look and wish her a belated birthday, with one friend saying: "THIS OUTFIT! I want to borrow that too ASAP !! Love you xxxx"

Another wrote: "OMG look at you mate you look gorgeous hope you had a lovely birthday babe xxxx