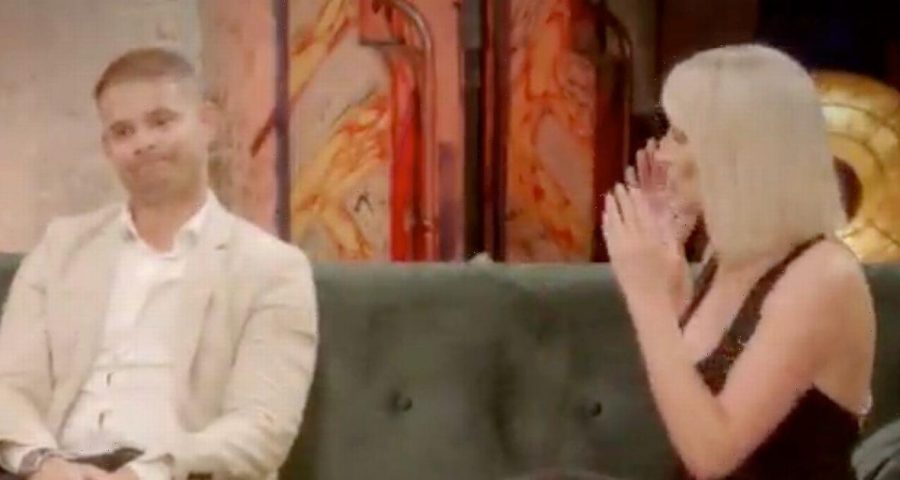 Married At First Sight UK has teased an explosive first look at Monday's reunion episode where all of the 16 participants return for one final review of their experience.

In the dramatic clip, it sees Nikita Jasmine return after she was asked to leave earlier in the series following "unacceptable' behaviour, which she has since apologised for.

While Morag Crichton is seen fuming at Luke Dawson, leaving the fellow participants in utter shock as they watch on with open mouths.

The clip starts with Nikita bursting through the door as she declares: "Guess who's f**king back!" to which dating expert Paul Carrick Brunson is left in disbelief as he watches in a separate room, exclaiming: "What!"

It then cuts to Morag shouting at Luke, as she declares: "I don't even know who you are right now!"

And it looks as though Joshua Christie and Amy Christophers are also experiencing drama, as he comments: "One minute we’re good, one minute we’re bad."

Elsewhere, it sees Megan Wolfe and Jordon Mundell awkwardly reunited following their dramatic kiss, which took place earlier in the series despite being partnered with other people on the show.

While Nikita, who is sat on a sofa with ex Ant Poole, declares: "He's a f**king liar!"

However, the clip ends with good news as it sees Tayah Victoria sweetly say: "I've been the most luckiest person ever" to which Adam Aveling adds: "We both have."

With emotional dating expert Paul replying: "Thank you for showing us all what love looks like."

The clip also sees Daniel McKee and Matthew Jameson loved-up as they share a smooch while Marilyse Corrigan and Franky Spencer also kiss.

During the reunion, experts Mel Schilling, Paul and Charlene Douglas welcome back all the 16 participants for a final review of their experience since marrying a stranger.

What have they all learnt about themselves and have those couples that renewed their vows stayed together since leaving the experiment, or have they called time on their relationships?

Married At First Sight UK airs on Monday at 9pm on E4. Catch up on the series so far on All 4.

For more juicy gossip on your favourite stars, Married at First Sight UK and the couples, sign up to our daily newsletter here.