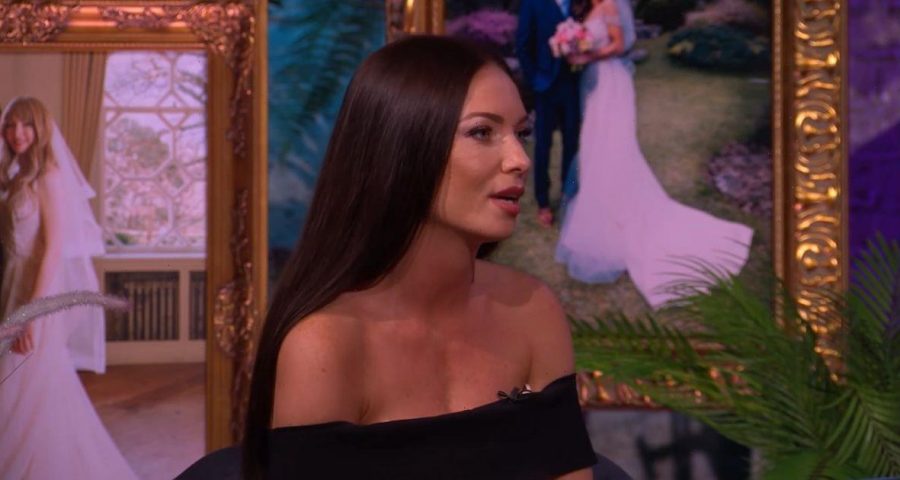 Married At First Sight UK's April Banbury has confirmed that she has split from TV husband George Roberts.

While the pair were one of just two couples who remained together following the final vow reunion, they have since gone their separate ways.

Following Tuesday's MAFS Reunion episode, April appeared on Unveiled, where host AJ Odudu asked her about her relationship status and if she and George were still together, to which April replied: "No. sadly not."

Asked if she's been back on any dating apps since her appearance on the E4 show, April joked that she thinks she's forgotten how they work. She then added that she's taking a break from dating, saying: "I'm ready to kiss a few more frogs before I find my prince I think."

"Or another girl in the hot tub," she joked, as AJ quipped: "Any takers?" to the audience.

Following the show, George was arrested under suspicion of controlling and coercive behaviour.

Following his arrest April shared a rather cryptic post on Instagram, which some fans believed was in reference to George. The fashion designer shared a snap of herself, adding the caption: "To whoever needs to hear this today… remember, you are stronger than you think.”

She added the hashtags #femalempowerment and #strength.

Since the reunion show aired, April has again taken to Instagram, writing: "MAFS 2022 what a blooming journey. With the highest of highs and the lowest of lows.

"Forever grateful to have met friends for life." "'What doesn’t kill you makes you stronger' and I truly think we are all a lot stronger after this."

Fans were quick to share their support and love for the former Miss Great Britain, with one writing: "Thanks for a great watch. Hope you take the time now to heal. Keep doing you girl."

Another wrote: "Been there and thought all along he wasn't right for you, you're well rid and definitely makes you stronger…. days of men with issues are long gone !!!!…..you don't need that sh*t."

And a third added: "Aww April you held yourself so well on the show. Dealt with everything so graciously. I wish you ever happiness in the future."