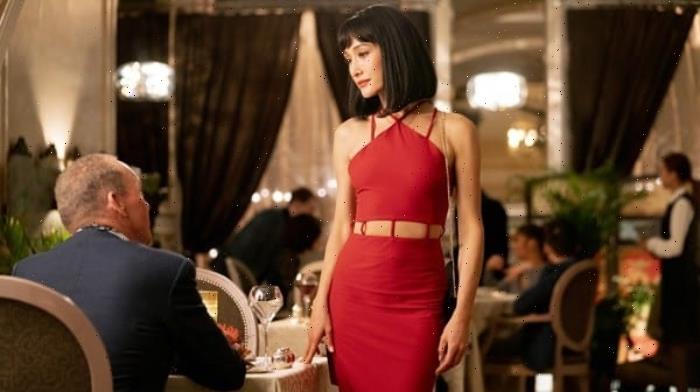 Vietnam. In Hollywood films, it’s a country of war-torn battlefields and sweaty, booby-trapped jungles and faceless locals who are either victims or violent aggressors. But things are changing, both in and outside of Hollywood. The Vietnamese film industry is taking off with global hits like the Veronica Ngo revenge thriller Furie, while Vietnamese-American stars like Kelly Marie Tran and Lana Condor grace the posters of big-budget blockbusters and beloved Netflix films. Still, ever since Thuy Trang donned the Yellow Power Ranger suit in 1993, Vietnamese action heroes remain few and far between — let alone those that lead their own movies.

Cue Maggie Q, an actress who has long put in the hours as That Girl in martial arts movies or action tentpoles, but — outside of her role in the CW’s Nikita — was rarely in the spotlight. That changes with The Protégé, an assassin action flick directed by Martin Campbell, which stars Q as the titular protégé, and one whose Vietnamese descent plays an essential part in the film.

Maggie Q has played almost any ethnicity under the Asian continent — Chinese, Japanese, what have you — but in her first starring action vehicle, she finally gets to play her own ethnicity: Vietnamese.

“Because all the comedians always joke that if someone’s Asian, they’re Chinese, right?” Q said in an interview with /Film. “That’s kind of the way white people view the average Asian person as Chinese, which is hysterical because there’s just a lot of them, way more of them than anyone else, so it’s understandable. But yeah, I mean, there’s a huge differentiator in Asia and it’s really nice, as an individual, being able to spotlight something that’s not maybe what you’ve seen typically before.”

In our sit-down with Q, she elaborated on what it was like to get to not only play Vietnamese, but to have that Vietnamese descent be a key part of the The Protégé:

“Typically we’ve always seen Vietnam in a negative light, in a war-torn light, right? Some light, it’s always a certain era that is interesting on film for people to make movies about and this is not that. This is her roots, this is where she comes from, things have happened, but she goes back and she faces that in a place that she never thought that she would return to. I think that confronting those things, which I see my family go through in my own personal life, having the strength and the courage to go back to face the hand that was dealt to you that was pretty bad or things that were unpleasant in your life, I think takes a very unique strength.

And I will say, tying it back to being Vietnamese, if there’s any race on the planet that has a unique strength, it’s the Vietnamese. And so, for me, I really liked bringing that to the screen because that’s my people, our people. I want to show that strength because I’ve seen that strength in real time as an example in my own life and I know that it’s very real with the Vietnamese and that meant a ton to me.”

Q, who was born in Hawaii and also is of Irish and Polish descent, doesn’t quite share the same background as her character in The Protégé — who is a half-Vietnamese girl named Anna Dutton who survives a massacre in Saigon and is raised by Samuel L. Jackson’s assassin — but the warmth and support she feels for her mother’s home country is undeniable.

See how that plays out in The Protégé, which hits theaters August 20, 2021.