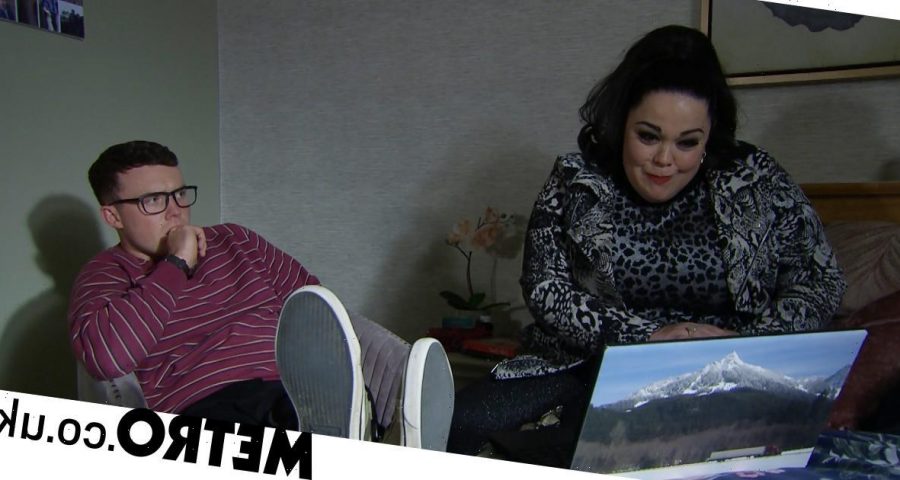 Emmerdale’s Mandy Dingle (Lisa Riley) is on a mission to expose the truth about scheming Sandra Flaherty (Joanne Mitchell) in a new video clip for next week’s episodes.

It seems that everyone except Liv (Isobel Steele) has clocked that her malicious mum is out to con her, and destroy her relationship with husband Vinny Ashdale (Bradley Johnson).

With the pair getting more and more estranged, Vinny is giving up hope, but Mandy is now joining forces with the admittedly hapless Jimmy King (Nick Miles).

Vinny isn’t exactly overwhelmed with excitement when the pair take him through their plan.

Jimmy plans to use his, um, charm to put Sandra at ease but while she might not be bowled over by his sultry prowess, one thing that always wins her round is cold, hard cash.

Jimmy explains to Vinny that he is going to have drinks with Sandra and make her believe that he is loaded.

Whether or not she believes it remains to be seen, but given his wealthy past, maybe Jimmy can pull this one off.

It’s not as simple as that though, as there is also CCTV at play. 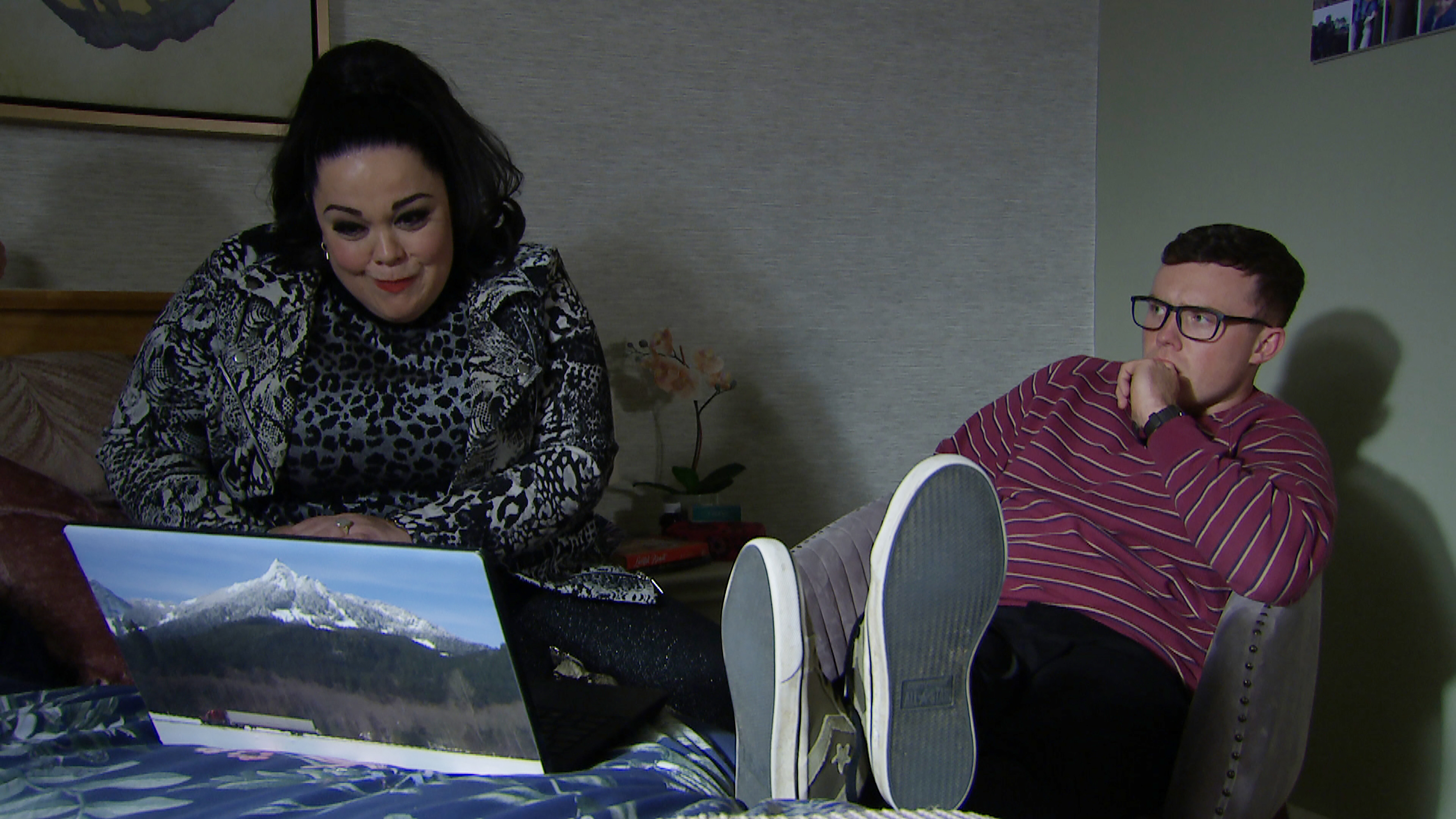 Later, Mandy and a doubting Vinny will watch the pair’s meeting unfold.

But is it enough to catch Sandra in the nick of time, given that her plot to fleece her unsuspecting daughter has reached its final phase?

Isobel recently told Metro.co.uk to expect the unexpected next week, and promised a satisfying ending.

‘It’s just the happy ending everyone is rooting for on screen, I loved playing it,’ the actress grinned.

‘It’s interesting again, it’s a real shock, so we’ve been playing it and having to be aware this is coming up so the audience are surprised by it – and I think it pays off really well. It’s a real win.’

And hopefully a real lose for nasty Sandra!