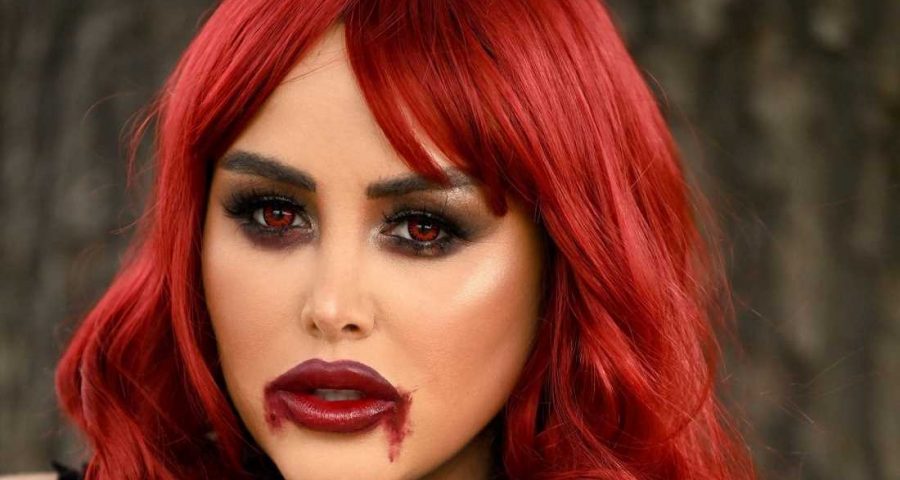 MARNIE Simpson looked stunning as ever as she posed for pictures in a terrifying Halloween outfit for a photoshoot in North London.

The Geordie Shore star – who was modelling DEFY EYES contact lenses – looked unrecognisable in the costume on Thursday. 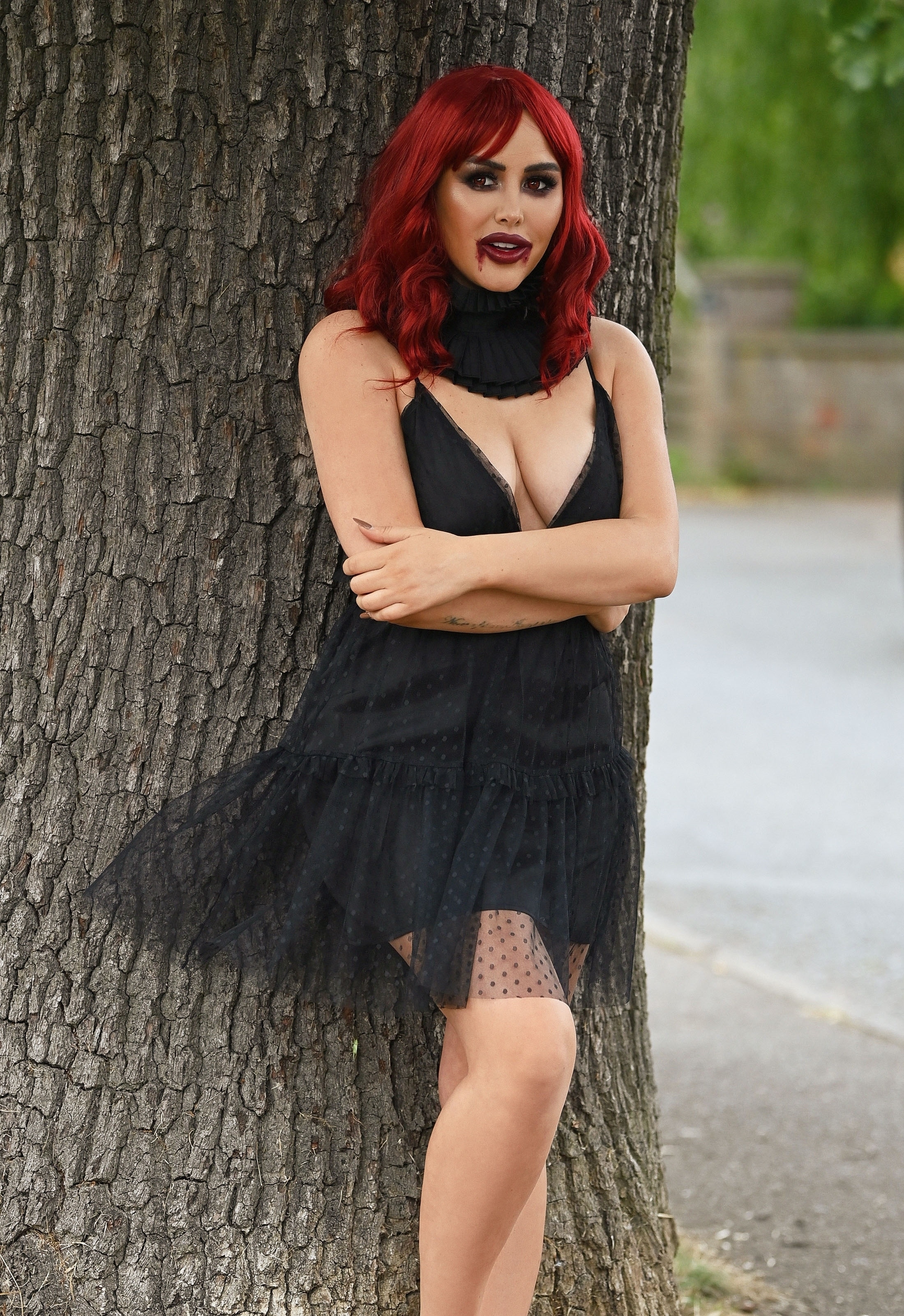 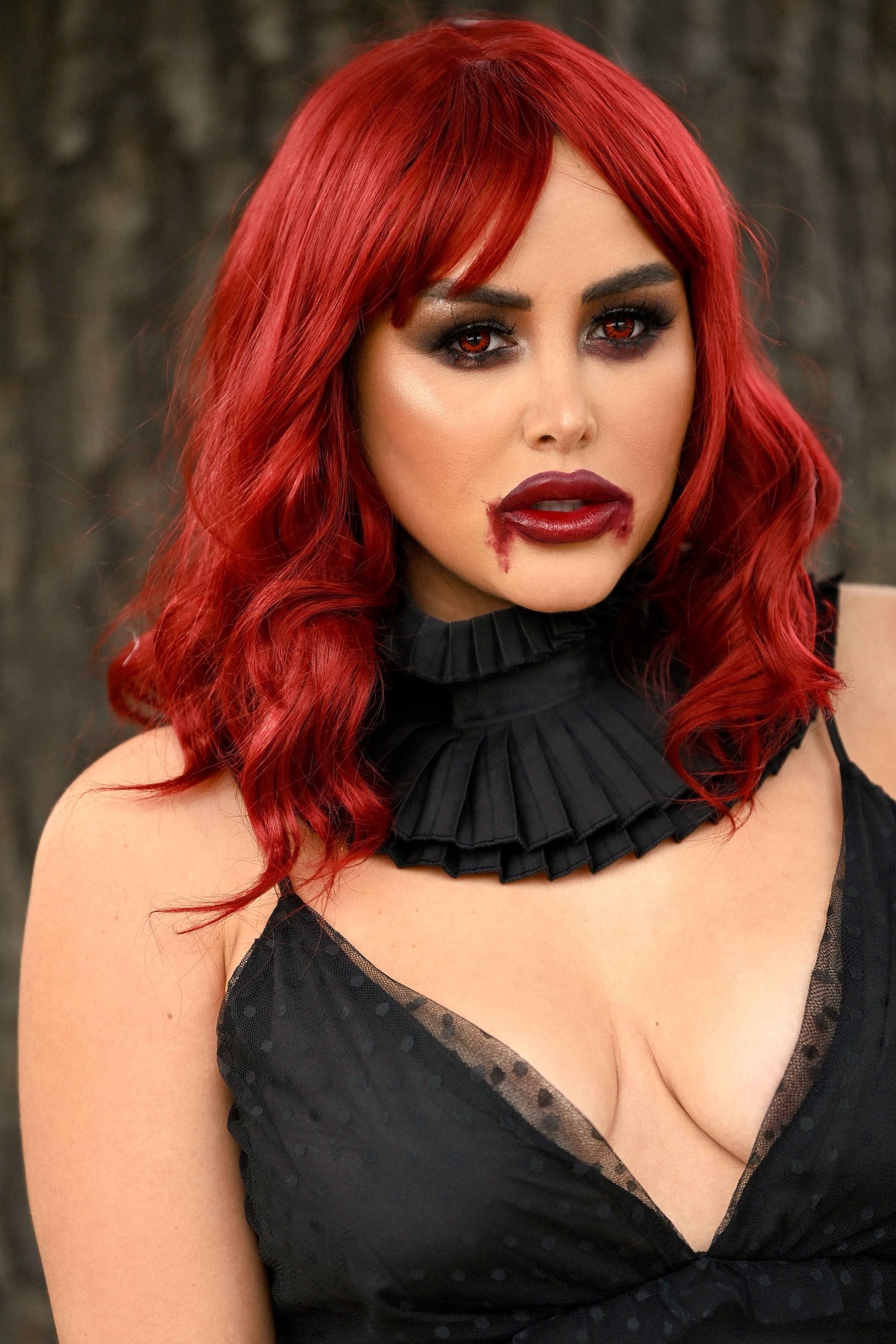 Marnie, 29, opted for a black dress with a very revealing neckline for the shoot and a dramatic smokey eye.

She completed the look with a dark red lip and a matching wig.

To look extra spooky, the mum-of-one went for pair of red lenses and painted some fake blood running down her chin.

Marnie has been a busy woman in recent weeks.

The reality star recently signed up to the new E4 show The Real Dirty Dancing.

She recently travelled to Norfolk to film the upcoming programme, which will be hosted by Keith Lemon and Ashley Roberts.

Marnie and nine other celebrities will try to reenact iconic scenes from the classic film and the remaining six will become backing dancers in the final performance.

Marnie teased that she was involved in something exciting last month, but wouldn't say what.

She told fans on Instagram: "Can’t wait to show you all what I’ve been filming 📽."

The beauty shot to fame in 2013 on the seventh series of Geordie Shore.

Marnie is also engaged to Casey Johnson, who shot to fame in 2014 as part of boy bandon the 11th series of X Factor.

The pair met while filming Single AF in 2017.

They share one son together, Rex, who they welcomed into the world in October 2019. 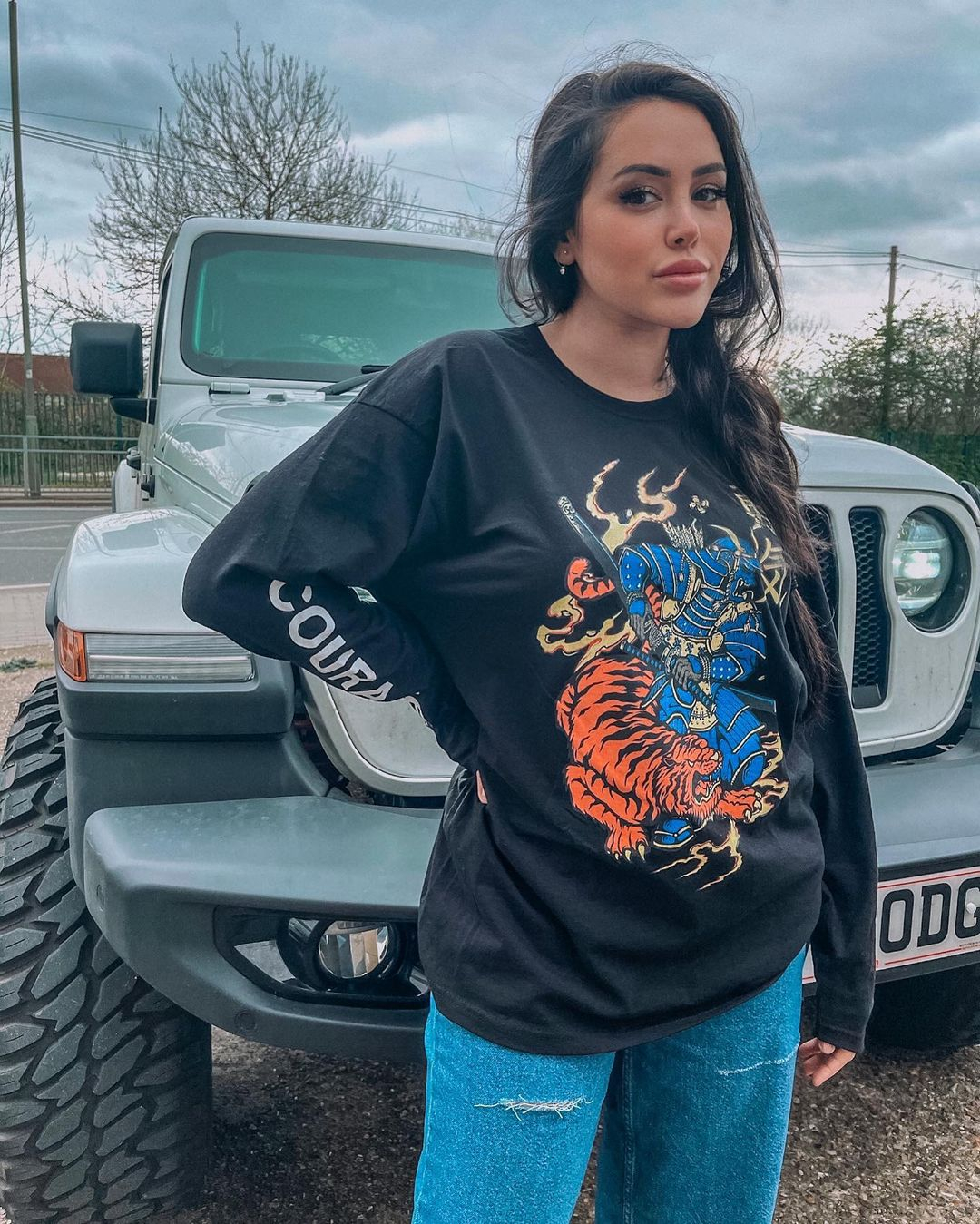