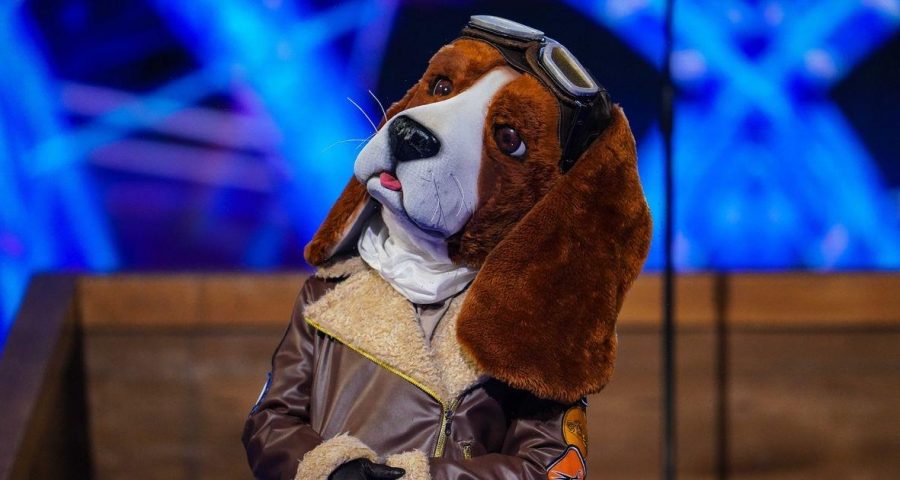 The Masked Dancer viewers are convinced the celebrity behind Beagle is Jamie Redknapp – whose ex-wife Louise was unmasked as Flamingo on Sunday night.

Viewers of the hit ITV show have a brand new bunch of celebrities to try and identify but this time, only from their dance moves.

But some people thinking the series finale could be quite awkward if all 12 celebrities reunite, as they are sure Jamie, 47, is inside the sweet dog costume.

And they're not alone, as celebrity detective Oti Mabuse also deduced the mystery celebrity is Jamie from the clues given in the video before his performance.

The Strictly Come Dancing star said: "Looking at the package, I had so many ideas.

"You said 'Top Gun', and then I thought maybe Top Gear, loves speed, maybe this is Freddie Flintoff because you made lots of sporting references.

"Then I saw the football and you also had a book which was with trees and I thought of family tree.

Other guesses from the panel came in the form of McFly drummer Harry Judd, footballers Harry Kane and John Terry, athlete Greg Rutherford, and Oti's own sister Motsi Mabuse.

Viewers flocked to Twitter to voice how they also thought Jamie was behind Beagle, with many including him in their lists of guesses.

One asked: "Do they dub the accents on #maskeddanceruk or could this be Jamie redknapp?"

A second wrote: "maybe jamie redknapp..? but the voice sounds so much like sandi toksvig."

With a third pointing out: "I guess they'd better hope that other one isn't Jamie Redknapp or that could get awkward," after his ex-wife Louise, 46, was unmasked as Flamingo.

Davina McCall immediately turned to fellow panellist Jonathan Ross to shout: "You were right!" as he replied: "Of course I knew it was Louise Redknapp, I love Louise!"

He continued by asking the hitmaker: "You worked on a magazine once didn't you?" to which she responded: "Yes, which was for school and everything. Yeah. And Oti, we've done dance class together!"

Oti Mabuse then said: "We have done dance class together! We've done tours together… I was like that was very Louise, but she would never wear pink!"

Louise then opened up on why she decided to go on the show as she told 35 year old host Joel Dommett: "I love dancing and I think after such a tough year living in lockdown, I just thought I really need to get out of the house and do something fun. It's been great!"

The Masked Dancer continues weeknights at 7:30pm on ITV.