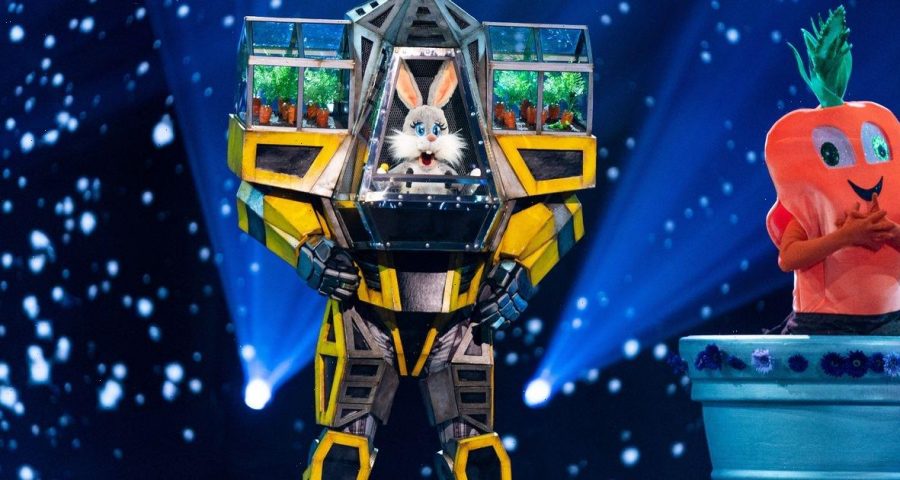 The Masked Singer UK viewers are convinced two famous faces are hiding inside the Robounny costume.

Host Joel Dommett was back on our screens on Saturday night with six brand new wacky characters.

Mo Gilligan, Davina McCall, Rita Ora and Jonathan Ross tried their best to work out which celebrities were behind the mask of each of the contestants.

Robobunny took to the stage second and fans are convinced that there is not one but two showbiz stars behind the secret identity.

Taking to Twitter, one fan penned: "WHAT omgg its TWO people inside in Robobunny mask. Either that or they can sing 20 keys up from their OG Voice lol lol."

Another added: "There’s no way that isn’t two people!! #MaskedSingerUK."

While a fourth social media user said: "RoboBunny is such a trip WAAAAAT?!!!!TWO PEOPLE?! #MaskedSingerUK."

Speaking previously about the new series, Davina teased that the panel has two very personal connections to this year's hopefuls – with Rita very close to one of the contestants – leaving them both shocked when they got it wrong.

While Joel added: "Someone Rita knows quite personally.

"No [she did not guess it], absolutely not, it was a huge shock. It was brilliant."

Pop star Rita also admitted this series is the hardest of the three.

"I think this series is the hardest because people are catching onto what our strong points are," she said.

"I always listen to the voice, Jonathan and Mo are so strong on the comedy side of things, Davina knows everyone! It’s hard for me now because they’re adjusting their accents and their singing voices which is what I always rely on."

The Masked Singer continues Sunday on ITV at 7pm