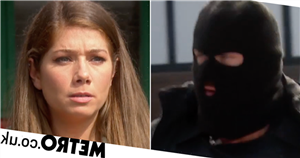 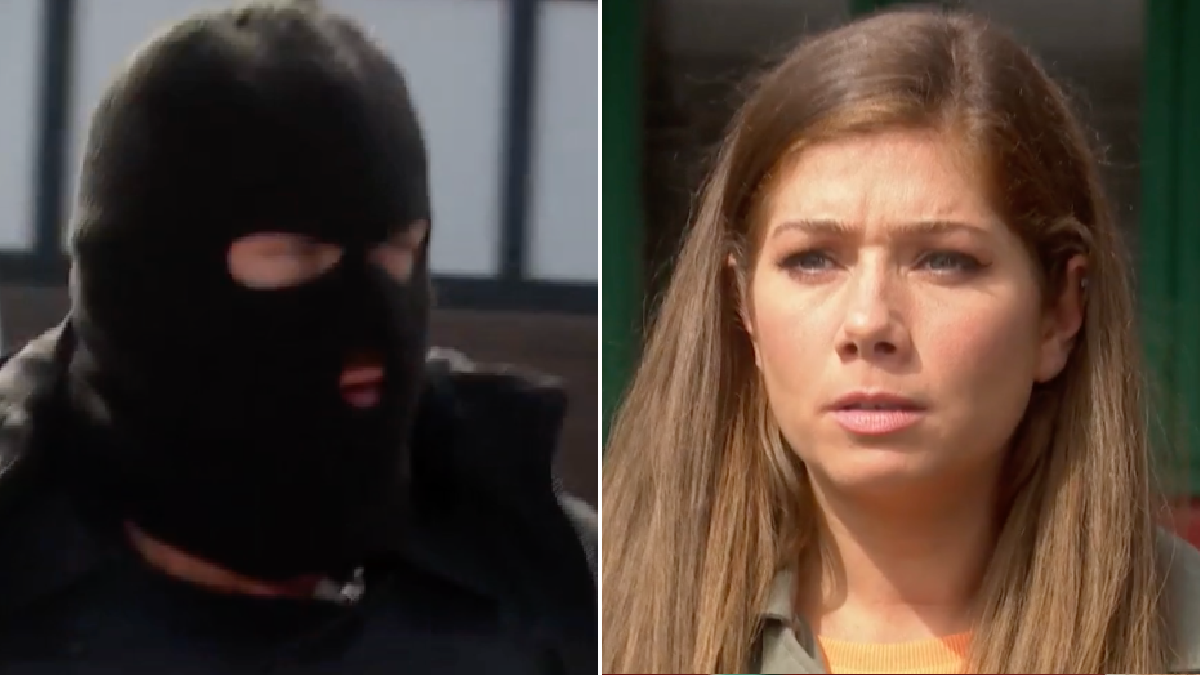 Maxine Minniver (Nikki Sanderson) was left running for her life in Hollyoaks, after she was cornered by two masked men who popped out of a white van.

Viewers will know that money-hungry Fergus Collins (Robert Beck) promised one of his Bluebird subscribers that he would sell Maxine to him for £1,000,000.

The sick property developer was determined to make money in whatever way he could – despite the fact that he would be putting his beloved Trish’s (Denise Welch) daughter in harms way.

Ahead of the deal, he sent the buyer pictures of Maxine, and – in Wednesday’s (November 9) edition of the Channel 4 serial drama – the deal was set in motion.

Maxine was on cloud nine, however, as she discovered a voucher for an afternoon of pampering, blissfully unaware of the danger she was heading into.

Warren Fox (Jamie Lomas), meanwhile, was hellbent on taking Fergus down, and was similarly unaware of what the criminal had in store for Maxine.

Joel Dexter (Rory Douglas-Speed), having successfully acquired contracts for property deals from Fergus’ safe, brought the contracts over to James Nightingale (Gregory Finnegan), in the hopes that the barrister would be able to find anything dodgy.

At first glance, the deals all looked legit, but James made a disturbing discovery, as the contracts were branded with the very same watermark used on the Bluebird livestreams.

Showing Joel the footage, James explained that Peri Lomax (Ruby O’Donnell) and Juliet were watched via hidden cameras in their room.

Horrified, Joel put two and two together, realising that the mysterious Bluebird is an online website used to violate girls’ privacy. Knowing Fergus was to blame, Joel went in search of more evidence, discovering a hidden camera in Maxine’s apartment.

The priest relayed his discovery to Warren, who was irate, and thus he set off to confront his former business partner, before threatening to kill him.

Fergus, however, had the upper hand once more, revealing that he’s having Maxine ‘taken away to be trafficked’ any second now. Warren didn’t believe him at first, but Fergus insisted what he was saying was the truth.

Maxine, meanwhile, was approached by a white van in the car park of The Dog, and two masked men jumped out. Terrified, she ran like her life depended on it!

The question is: will she get to safety? Or will she be caught and taken away like Fergus intended?

Will Warren come to her rescue before it’s too late?