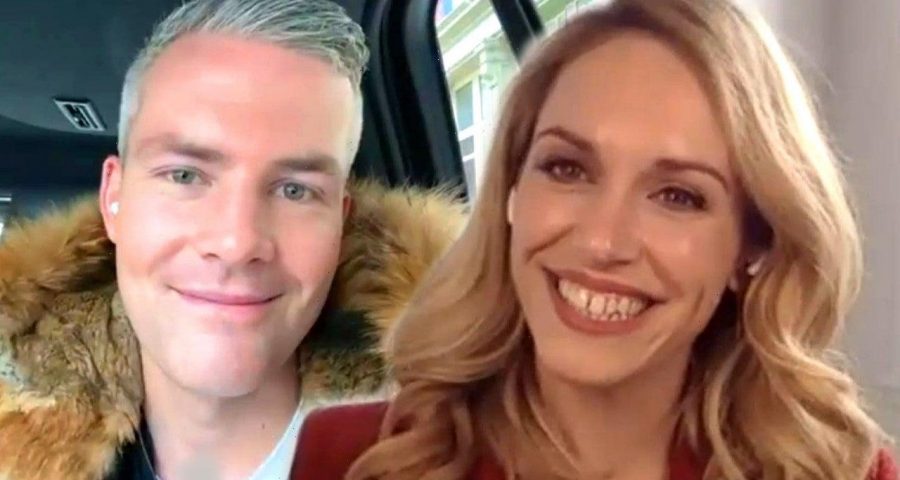 There’s no business like show business real estate, and Million Dollar Listing New York is back to prove just that with the show’s ninth season — which has been in the works for nearly two years!

“I would say it’s like a marathon,” season 9 newbie Kirsten Jordan tells ET over video chat. “That’s what it felt like. It was like, you thought you’d done it, and then all of a sudden we had COVID [in the world], where we were shut down. And then you thought that was going to be over in a couple weeks. Then it just wasn’t, and then it was three months of whatever. Then all of a sudden, it was like, OK, we’re allowed to show in person, but we’re not ready for production… it just kept going and still seems to keep going. So here we are.”

MDLNY is unique in the world of reality TV, seeing as the agents — Kirsten, Ryan Serhant, Steve Gold, Fredrik Eklund and Tyler Whitman — film until the deals shot for the show close, and those deals don’t always fit into a three-month production box. Throw in the pandemic, as Kirsten mentioned, and things take even more time. And if you’re Ryan, start a whole new business, too. The 36-year-old launched his own firm, SERHANT, while the world was shut down.

“I think the big thing for us is — and for people that have watched the show for a long time — we’re not reality stars, right? This isn’t our profession. Our profession is actually being the top real estate agents around New York, right?” Ryan remarks, joining Kirsten on Zoom from his car. “When Million Dollar Listing started for me in 2010, I was 26, and I saw it as a moment in time where I could really use it to define the future of my career and help build a brand with exposure that–  can’t afford to run commercials on primetime television in every country around the world. If Bravo is going to do that for me, then great, and let’s build a business together.”

Ryan says his last decade of taking risks in real estate on TV pushed him to take his biggest risk (starting SERHANT) in one of the most uncertain times in history.

“It was the absolute worst time,” he notes. “I feel like there’s never a good time to start anything or do anything, right? It always feels like, oh, if I just wait, if I just wait, there’ll be a sign… That sign for me was 2020 being the start of a new decade, and being the year that it was, business really came to a screeching halt in New York City. The show followed us through the whole thing.”

“I just felt like the opportune time to start anything, especially something that’s going to be as life-changing as leaving a company I’d been at for 12 years, starting from scratch, building something brand new would be when it’s least expected,” he adds. “So when everyone else is trying to just go back to normal, because that’s all anyone was talking about last year, I wanted to go back to what I wanted my new normal to be, and let’s start it right now. So, yeah, the show filmed that entire crazy process. I think it’ll be fun, a little nerve-wracking to watch.”

It seems to be paying off, though, with Ryan landing high-profile listing after high-profile listing, including former The Real Housewives of New York City star Bethenny Frankel’s $7 million SoHo apartment, which came as a surprise to Bravo watchers, seeing as Bethenny has a history with Fredrik. The pair even had their own real estate flipping show together.

“Yeah, I don’t know,” Ryan offers up when asked why Bethenny went with him over Fredrik. “I don’t know about that. I mean, her and her team reached out to me and wanted to list it. Frederik’s not here anymore. He’s mostly in L.A., and I think he’s also on the [Million Dollar Listing Los Angeles], so maybe that had something to do with it? But I really don’t know. We didn’t get into it, and we just put it on the market a couple days ago.”

Ryan and Fredrik have famously faced off over the course of MDLNY‘s run, and season 9 promises to be no different. In the trailer, Fredrik confronts Ryan over allegedly poaching developers with whom he has relationships, claiming that Ryan is lying when he tells people Fredrik has left New York City. 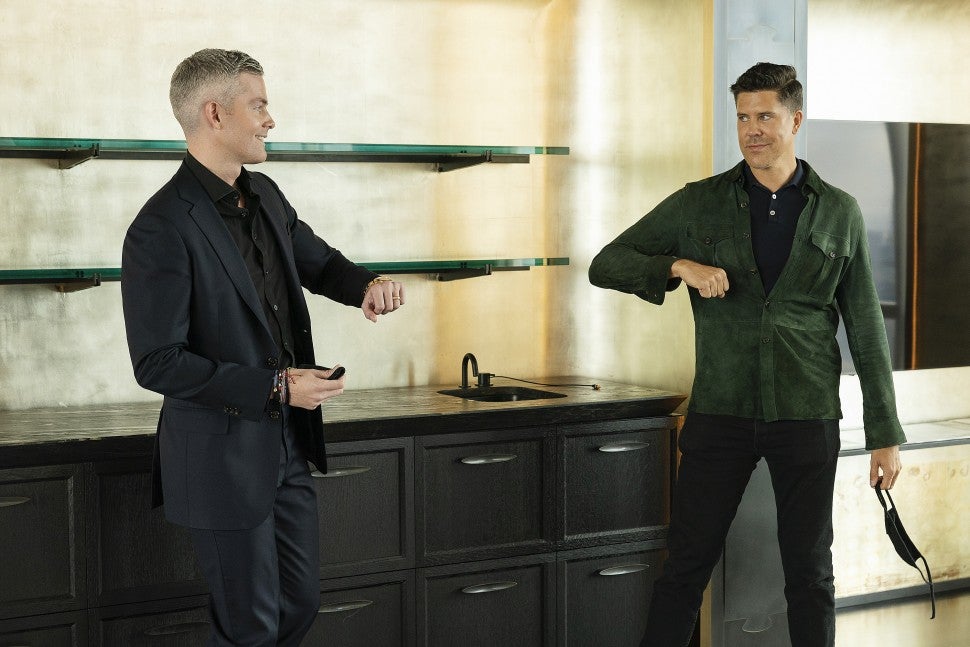 “I know he has team here and team in other places,” Ryan clarifies, saying he doesn’t think Fredrik’s done in NYC for good. “But I think he’s really set down roots. I think he just bought a house in L.A. I think [Fredrik and his family’s] quality of life and lifestyle and the sunshine and that whole thing, I think he likes driving? It’s different. He’d been a top broker here for so long, I can see why he wanted to switch things up. But his team is still very active here.”

There are a lot of active agents in the city, with the field becoming even more crowded thanks to Real Housewives getting into the real estate game. RHONY OG Ramona Singer and her former co-star, Kelly Killoren Bensimon, both have their licenses, and Kelly even pops up at an open house in the season 9 premiere. Ryan and Kirsten say they’ve yet to do any deals with Kelly, but they respect her hustle.

“We paved the way, right?” Ryan cracks. “I think everybody — I think every Bravo show, I think everyone who’s on one should get the real estate license, and then I’ll hire them all. That’d be great. We’ll do a whole separate division, right? Like the Bravo division. Pick your favorite Married to Medicine star. It’ll be awesome. I’ll come up with marketing ideas, for sure.”

It seems like the perfect set-up for season 10, but before then, there’s a lot of season 9 to watch and, of course, Ryan pulls out all the tricks. 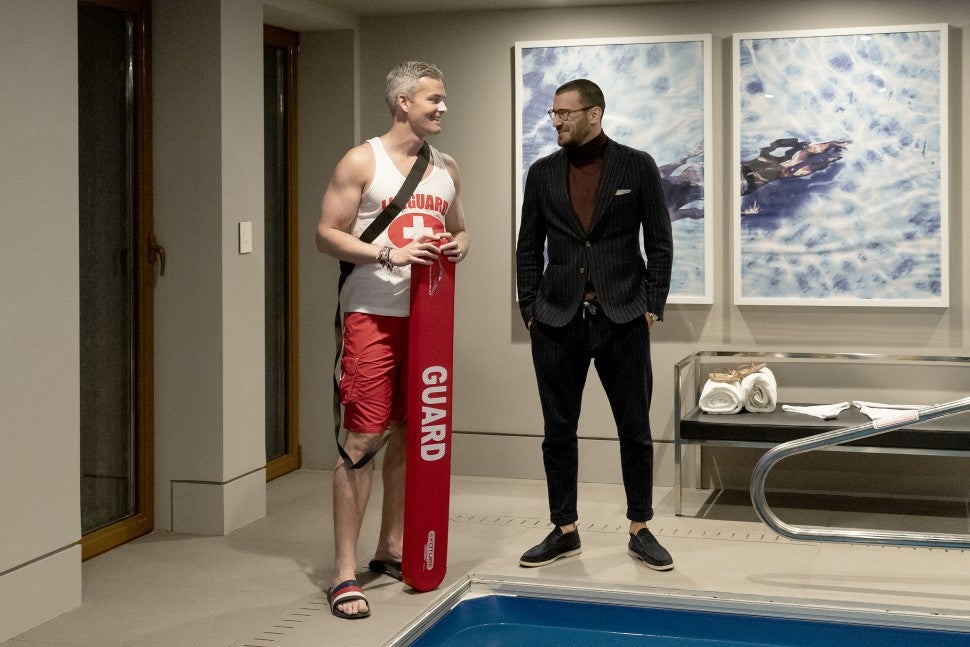 “The first half of the season is pre-COVID, where we went kind of nuts,” he teases. “I was a lifeguard, selling a house at the pool. I dressed up as a lion for the ‘Ryan, the Witch, and the Wardrobe’ event to sell these two apartments that were conjoined by a wardrobe in real life, totally crazy. Only in Tribeca. Every episode, I think I’m just losing my mind slowly, but surely to try to drive traffic. It’s not like the market in New York City was intraday like it is everywhere else. You’ve got to really push to get things sold.”

“For 12 years, I’ve done an event, had music, did the whole thing, 500 people show up. Boom, great. We’re off to the races. But how can you do that when you’re not allowed to have groups of people?” he adds, referencing the pandemic’s effect. “Let’s do it on Instagram Live, and let’s lead up to it for a week. Let’s have surprises. Every second, someone is watching. So we opened up the roof that has this pool on it and brought a string orchestra out there and a ballerina. Totally forgot about weather, though, because it ended up being 10 degrees. So it was tough, but you’ll see a lot of that, thinking, ‘How do you think outside the box?’ Right? When life gives you lemons, how do you make broker lemonade?” 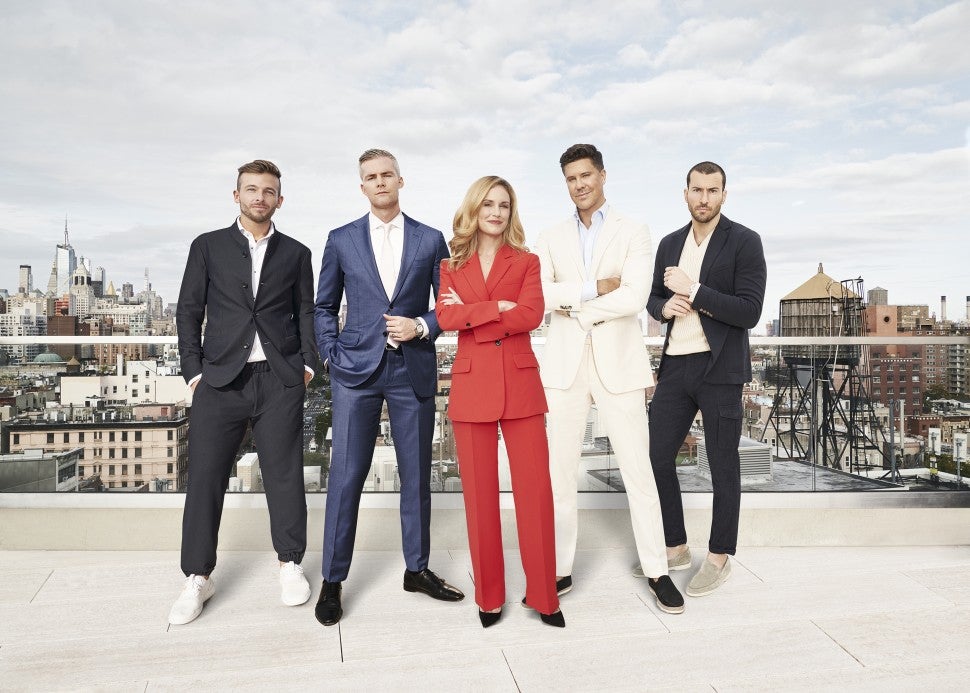 “I thought it was incredible how we adapted,” Kirsten adds. “I mean, I was surprised that we were able to get up and start production again once everything opened up. That was really impressive. We really rolled with it and how vigilant everybody’s been about safety. I think it’s been incredible to just watch everybody come together to make this happen against all the odds.”

Million Dollar Listing airs Thursdays at 9 p.m. ET/PT on Bravo, starting May 6 with a supersized premiere.