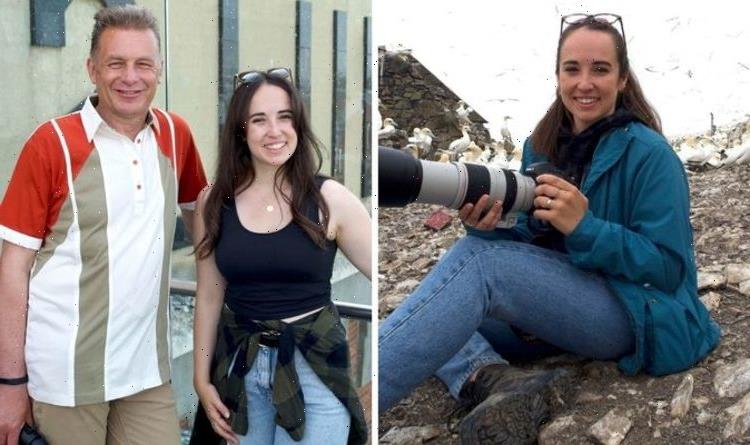 Megan McCubbin can currently be seen in her new series Chris and Meg’s Wild Summer on BBC Two. In the series, she co-presents alongside her stepfather Chris Packham, known best for Springwatch. The family-focused wildlife series has left viewers wondering who McCubbin’s mother is.

Who is Megan McCubbin’s mother?

Megan McCubbin was introduced to a new wave of fans last summer when she and Chris Packham started a 30-minute weekly Facebook live stream.

As the pair were self-isolating together during the first lockdown, they decided to make a live stream show cataloguing the wildlife at Packham’s New Forest home.

The live stream was so popular that McCubbin caught the attention of Winterwatch producers, who in turn offered her a chance to present on the show.

Since then, the young star has gone from strength to strength, now co-presenting Chris and Meg’s Wild Summer on BBC Two.

McCubbin is the daughter of Jo McCubbin, who Packham split with 13 years ago.

Despite the split, Packham remained close to the 25-year-old Megan McCubbin, leading to Jo suggesting she stay with him during the first lockdown.

As Jo is a nurse, she felt it would be safer for Megan to live with Packham during the lockdown as she is a frontline worker.

This lead to the opportunity to create the live stream, which in turn brought Megan to a vast new audience.

As a zoologist herself, she took to presenting the series easily, bringing with her a wealth of experience.

She has travelled the world since a young age and is familiar with living in remote locations while on the lookout for wildlife.

The star can be seen in series such as Springwatch, Planet Defenders, Winterwatch and Autumnwatch.

Upon making her debut on Winterwatch, lead presenter Packham spoke to OK! Magazine about his stepdaughter joining the series.

Packham explained: “She did really well. I said to her: ‘You figure out what you want to say and I’ll fill in around you.’ I don’t need to own anything, I’ve got nothing to prove. I was there as a support mechanism, really, and wasn’t needed.

“She believes in what she’s got to say, she’s excited by the science and committed to the environmental aspects of it.”

The first two episodes of Chris and Meg’s Wild Summer are available to watch now on BBC iPlayer.

The first episode took the pair to South West Wales, while the second episode saw them venture to Snowdonia.

The series is in the style of a road trip, with the series focusing as much on the wildlife as it down on their relationship.

There will be a total of six episodes in the series, with the next following the duo as they tour the Lake District.

The synopsis of the series reads: “Wildlife presenters Chris Packham and stepdaughter Megan McCubbin go on a road trip with amazing animal encounters, stunning landscapes and time to reflect on their relationship.”

Chris and Meg’s Wild Summer airs on Sundays at 8.30pm on BBC Two and is available to BBC iPlayer.