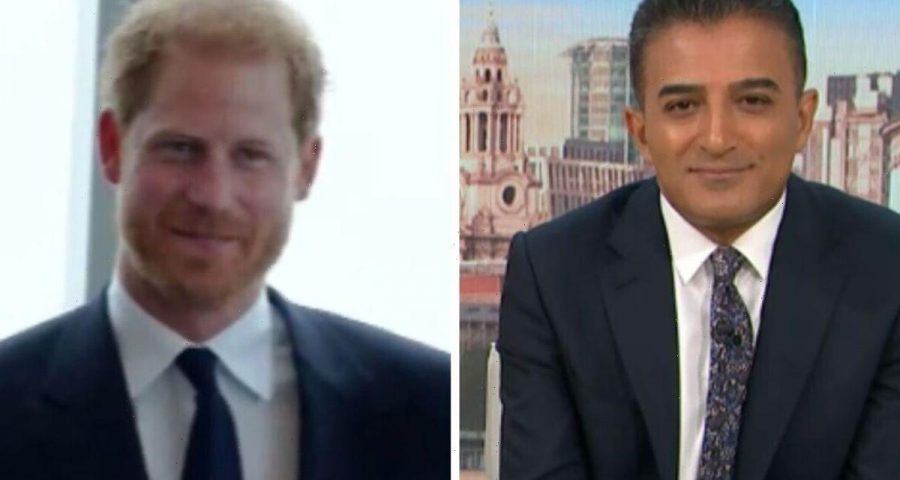 Prince Harry has confirmed his new memoir titled Spare will be available in January 2023. According to publishers, the royal’s book will detail his journey, explaining: “For Harry, this is his story at last”. During Friday’s Good Morning Britain, Adil Ray and Charlotte Hawkins discussed the Duke of Sussex’s new book with Iain Dale and former Labour MP Jacqui Smith.

However, it appeared viewers were getting “sick of” the royal coverage, with many taking to social media to share their thoughts.

Some felt there were more important things to talk about, like the cost of living crisis.

Tony Ramiz fumed: “We are in the middle of a financial crisis and fuel bill crisis and all you two can talk about Prince Harry.”

Defending Prince Harry’s book, user @sussexsquad1982 went on to say: “So everyone can talk about #princeharry but not him talk for himself?”

“The more the media bang on about the book the more will buy the book. Just don’t mention it at ALL,” Simon Green said.

Tay went on to say: “Reporting on Prince Harry trying to promote his book by mentioning it at least every 20 minutes. He doesn’t need to do any publicity, the hysterical media are doing it for him.”

Neil Hough penned: “@GMB everyone has a right to want to speak the truth if Harry as an issue with his family if he wants to right a book then leave him to it.

“I bet everyone as issues with family Matters just because he is in the Royal Family he is treated differently.” (sic)