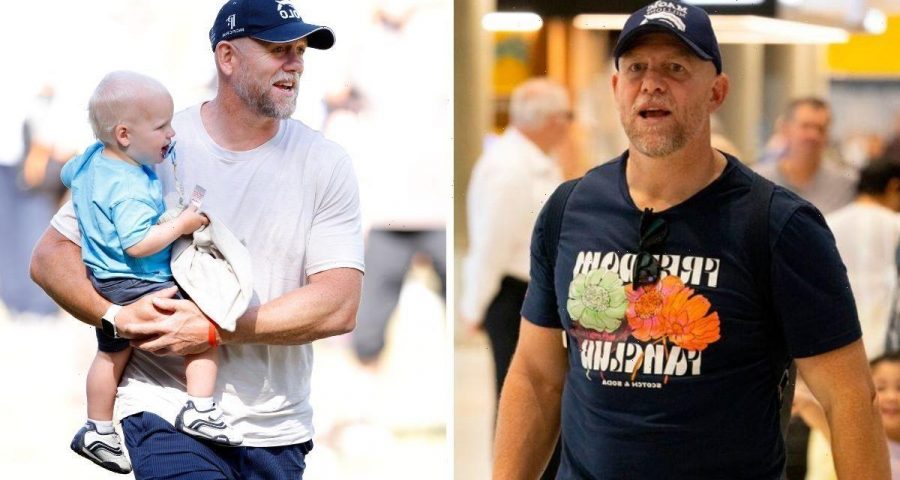 Mike Tindall, husband of the Queen’s granddaughter Zara, has landed in Australia ahead of filming for I’m A Celebrity… Get Me Out Of Here! The former England rugby pro, 43, arrived at Brisbane airport on a red-eye flight from London and confirmed he would miss his family while in the camp.

Wearing a baseball cap and sunglasses, Mike told The Sun: “It’s probably one of the longest times we’ve been away completely with no communication. When you go away you still have communication, so that’s obviously going to be the hardest bit.

“You’ve just got to get your head around doing what you’re doing and try and win some stars and stuff and see where you go from there. I want to win stars because I want to eat!

“The hanger is always going to be the biggest thing you have got to worry about but I’ve also got three kids, so dealing with lack of sleep comes with the territory.”

The father-of-three added that Australia held a special place in his heart.

He said: “Australia is a special place yeah, I met Zara in Sydney. There is no holiday planned at the moment afterwards. “

Asked how his royal wife felt about the show, Mike went on: “She is fine, otherwise I wouldn’t have done it would I?

“I was always on the fence but I do think it will be good fun at the end of the day. That is the other thing, I like groups of people and I like things that can be good fun so let’s see. I might regret it.”

If Mike makes it all the way to the final, he could be crowned King of the Jungle before King Charles is officially crowned at his coronation.

Speaking about the possibility of winning the show, Mike said: “”I’m not really thinking about that to be honest.”

He added that he had “no idea” if Princes William and Harry would be tuning in to watch him face Bushtucker Trials.

Along Mike Tindall, other celebs have been confirmed for the show, including reality star Olivia Atwood and radio DJ Chris Moyles.

There was debate about whether or not it would be appropriate for the royal to enter the jungle when rumours of his selection began circling earlier this month.

Princess Diana’s former butler Paul Burrell defended the casting while others have suggested his appearance could be a bad look for the Royals.

“The thing you have to remember, of course, is Mike Tindall is not in line to succession to the throne,” Paul explained.

“He’s not a working member of the Royal Family.”

Mike’s relatively minor status within the Royal Family means his reported reality TV appearance shouldn’t cause issues for the Firm.