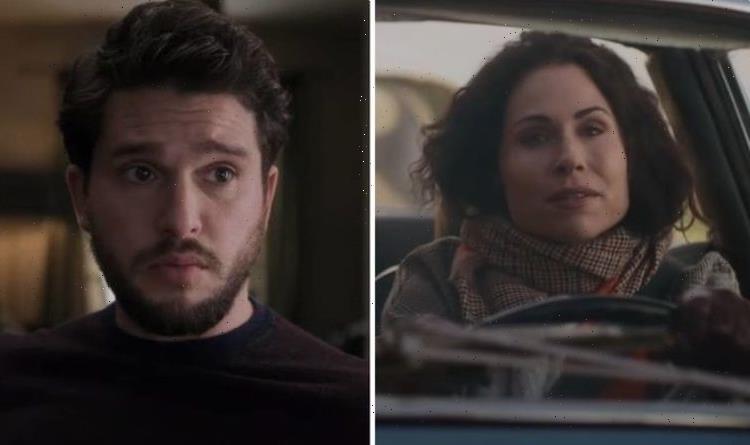 Modern Love is inspired by the iconic New York Times column of the same name where people share their love stories. Amazon Prime Video have once again brought some of the articles to life for its second series. And much like the first lot of episodes, there are going to be quite a few recognisable faces starring in the show this time around.

Modern Love is an anthology series with each episode telling another couples’ story.

One of the things subscribers loved about the first series was the cast which included the likes of Dev Patel, Anne Hathaway, Julia Garner, Tina Fey and Andrew Scott.

This time around will be no different either as more stars have signed up for series two.

Some of the confirmed stars for the new season are Tobias Menzies, Minnie Driver, Anna Paquin and Kit Harrington.

When is Modern Love season 2 out?

A trailer came out last month, teasing fans as to what they can expect from series two.

At the end of the promo, the eagerly anticipated release date was revealed.

All eight 30-minute episodes will be out on the streaming service on the day of release.

The first series was set in New York as the stories were taken from the city’s newspaper.

Little is known about the stories that series two will feature but it is expected that some will take place outside of the Big Apple.

In showrunner John Carney’s statement, he said the show will venture “into new cities and worlds”.

Some filming locations for series two have included Dublin, Albany, Troy and Schenectady.

A brief synopsis for what viewers can expect has been released by Amazon Prime Video.

It reads: “In this season, love breaks all the rules. An old flame reignited.

“A test of friends vs. lovers. A night girl and her day boy.

“A romance with an ex’s ex. A one-night stand. An impossible promise.

“A ghost of a lost lover. An exploration of sexuality.”

Showrunner John Carney said: “We’re so excited to bring a second season of this series to life, and give an opportunity to really shine a light on what matters most.

“With so much uncertainty in our current world, these stories bring truth and love to people everywhere, and I’m so appreciative to be a part of making that happen.”

But whose stories are going to be told for season two?

Modern Love is available to watch on Amazon Prime Video.