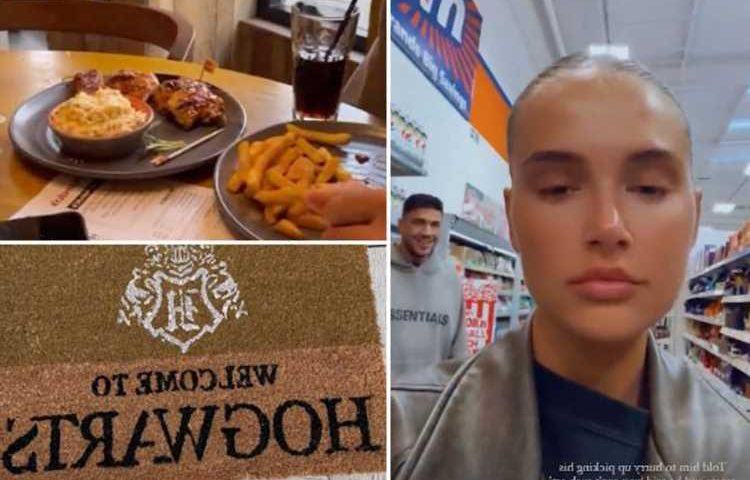 MOLLY-MAE Hague has been spotted chowing down on a Nando's after heading to B&M to shop for her £3.5million home.

The Love Island star took to her Instagram stories to document her day out on Monday with boxer beau Tommy Fury. 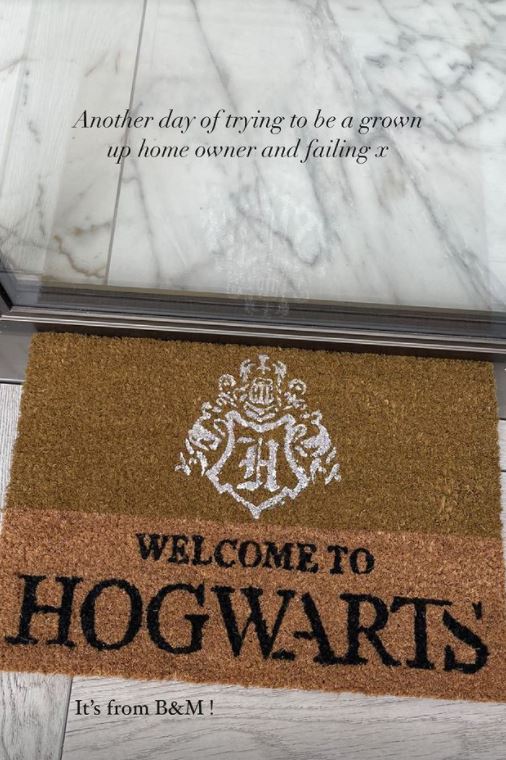 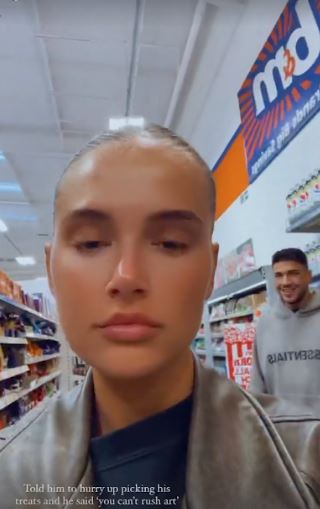 Molly-Mae, 22, filmed as she and Tommy, also 22, sat down for lunch at the popular restaurant before going shopping.

The multi-millionaire tucked into a plate of spicy chicken thighs, coleslaw and chips alongside her beau.

She filmed Tommy looking full as she joked his "stomach had shrunk" as he was "defeated" by a mountain of chips on his plate.

The couple then headed to budget store B&M to look for "treats", where Tommy could be seen picking out biscuits and sweets. 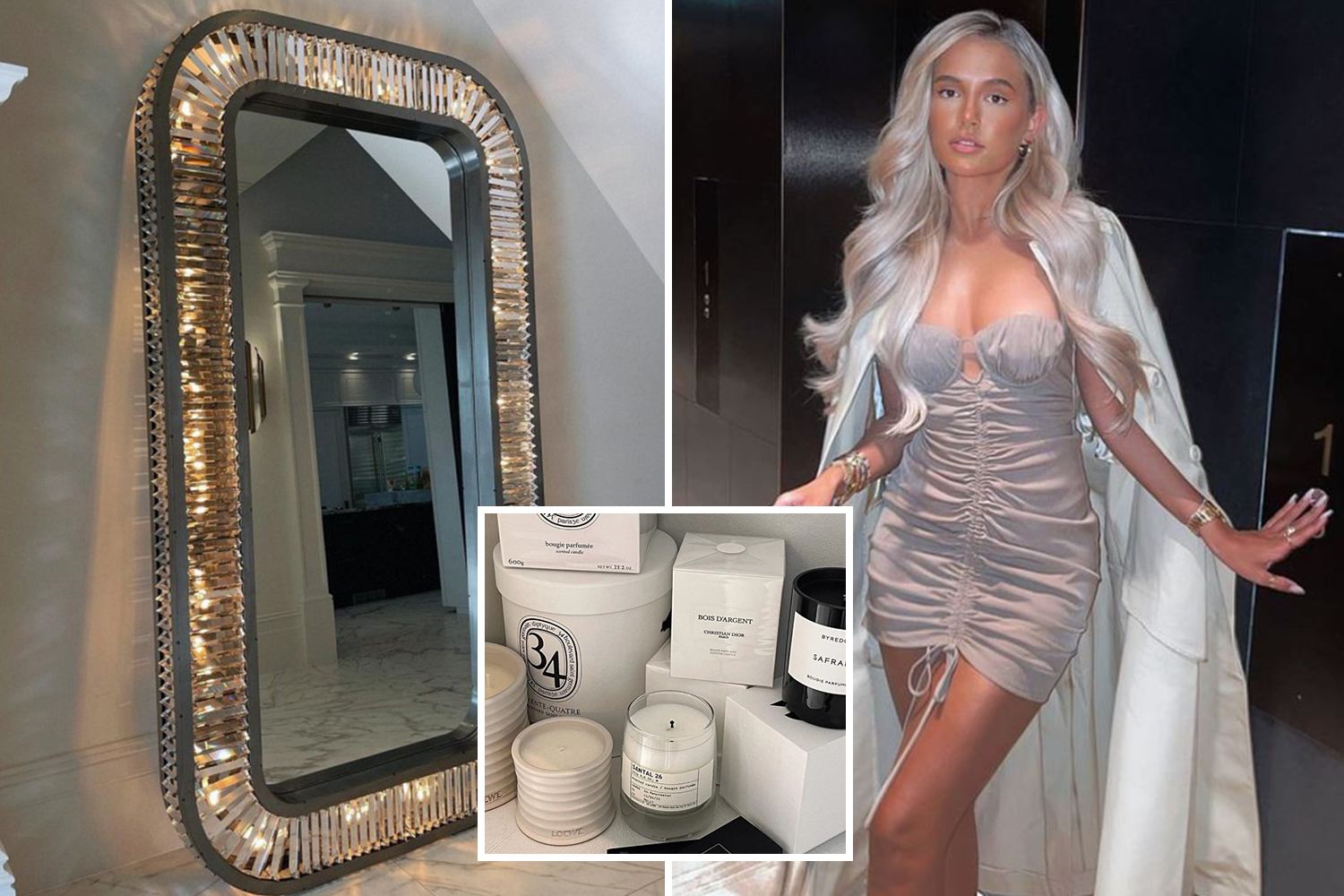 Inside Molly-Mae’s most expensive buys for her £3.5m home 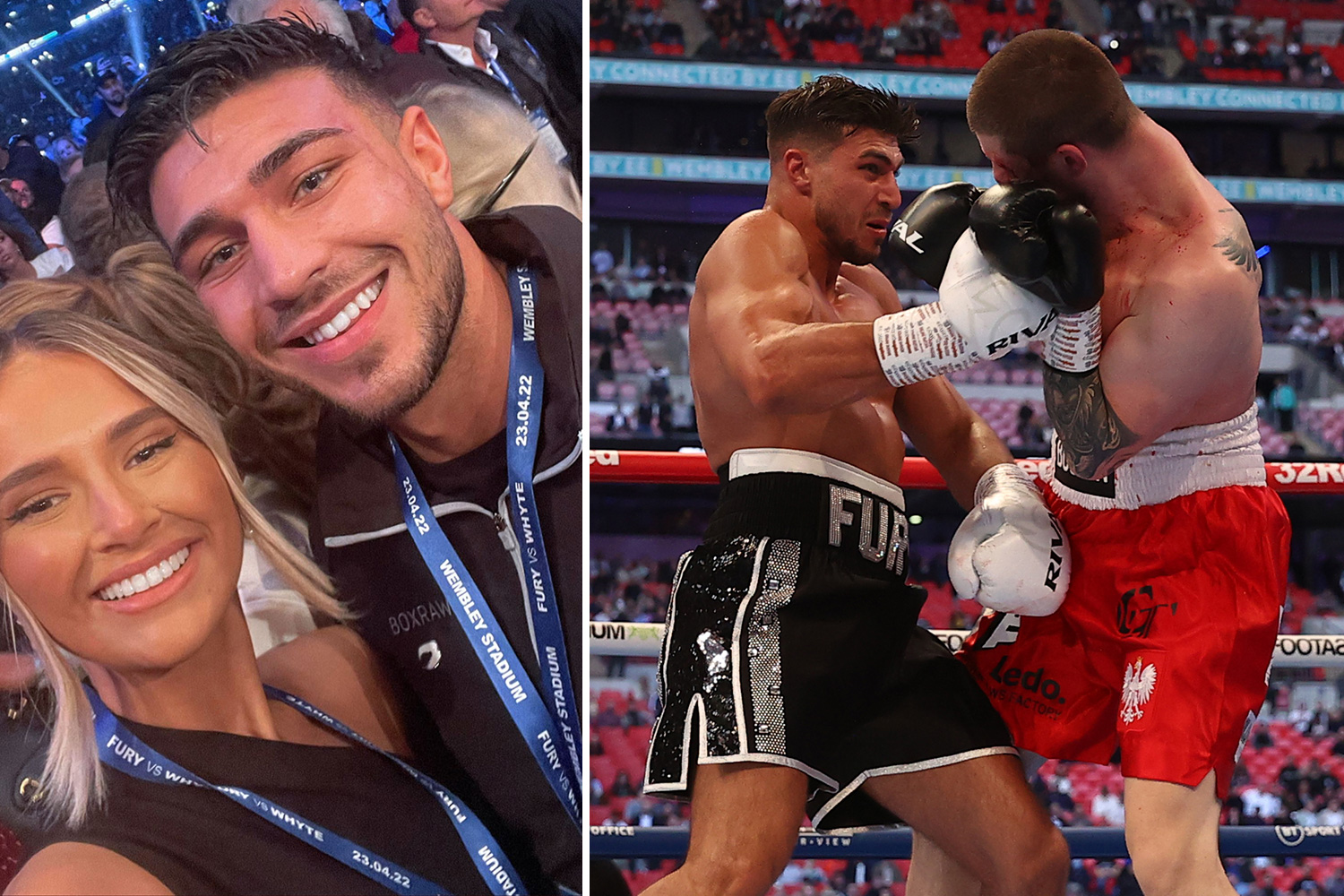 Molly-Mae went on to show off her own purchase from the shop, joking it was the "best £7.99" she had ever spent.

She revealed her new Harry Potter themed door mat, which she placed at the back door of her new sprawling property.

The star showed off her 'Welcome to Hogwarts' doormat as she was watched by her cute short haired cat from the window. 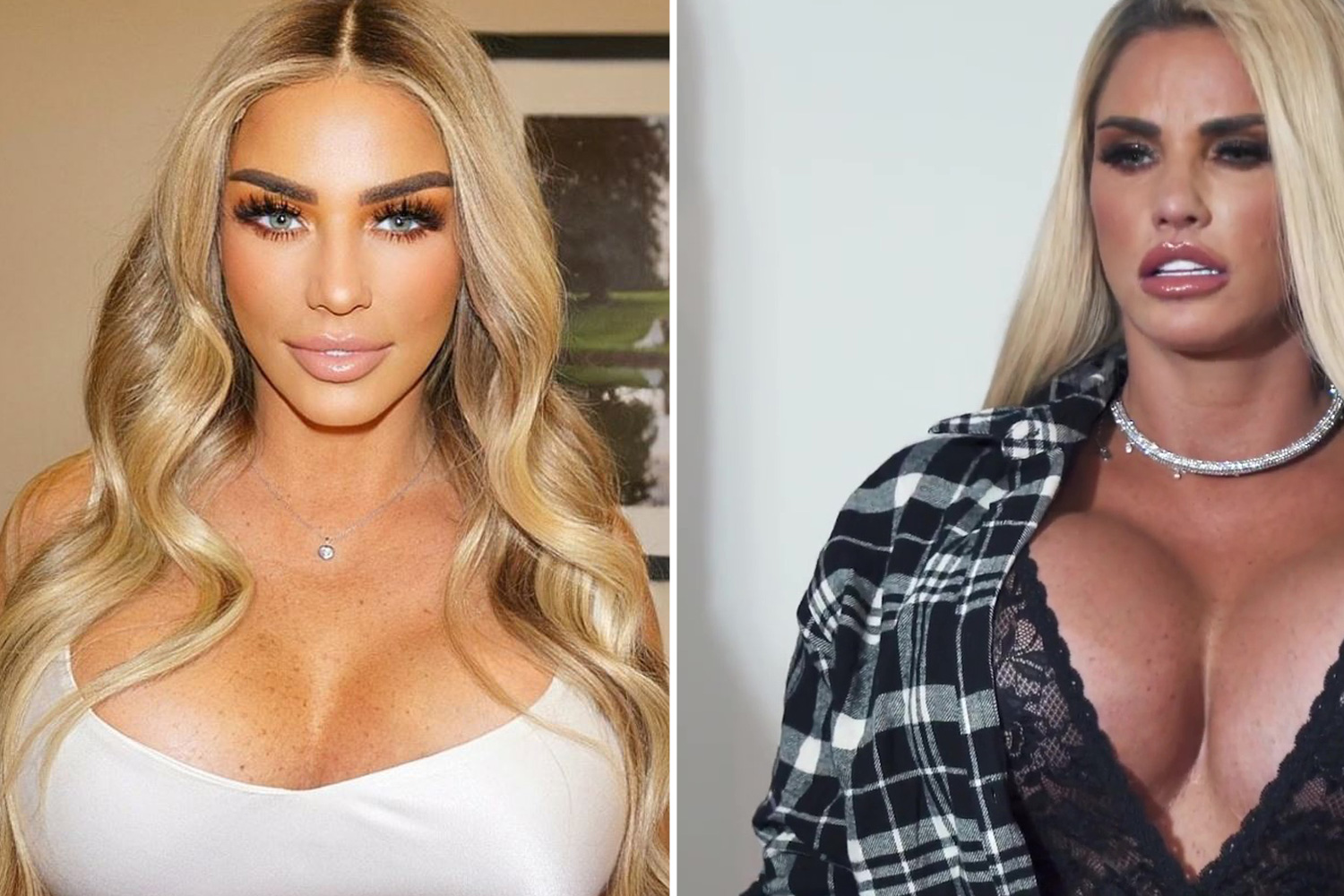 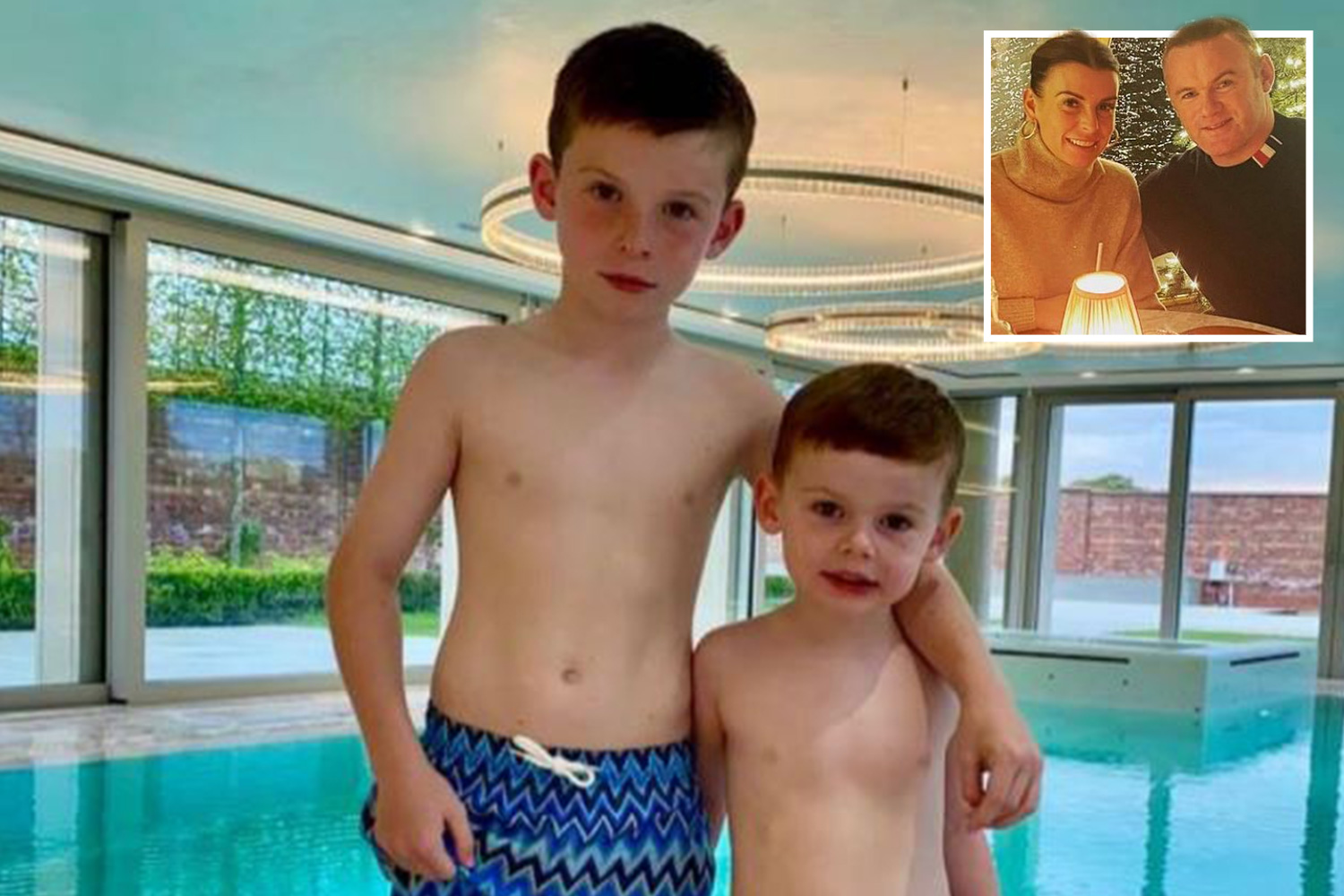 "Another day of trying to be a grown up homeowner and failing," she concluded the series of posts, confirming the mat was "from B&M".

It's one of the cheaper purchases that Molly-Mae has made for her £3.5million home – which has had no expense spared.

The Love Island couple, who moved into the dream home earlier this month, document their pricey purchases on an Instagram account dedicated to the house.

The star also recently unwrapped an extravagant £1,260 Hermes throw made from 90 per cent Merinos wool.

Last week, Molly-Mae took to Instagram to "say goodbye" to the bedroom and main bathroom as they ripped it apart to start again.

The star shared a snap of the bedroom – complete with a large double bed and velvet headboard and hanging light fixtures.

In the next Instagram stories post, it had been totally cleared out, with the carpet ripped from the floor and cables from the walls.

"It's all getting very real over here," Molly-Mae went on, before filming the bathroom, which had been stripped back to the stone.

She filmed a clip of her bathroom undergoing a huge transformation, as builders knocked down walls to double its size.

The former Love Island star said: "I'm not going to speak too much about this bathroom today because I don't want to upset anybody but one thing I do want to say, this bathroom is changing for structural reasons.

"The bathroom is doubling in size, a completely different shape, size layout and everything."

It comes after Molly revealed that her £3.5m mansion is NOT her "forever home" and has plans to move again. 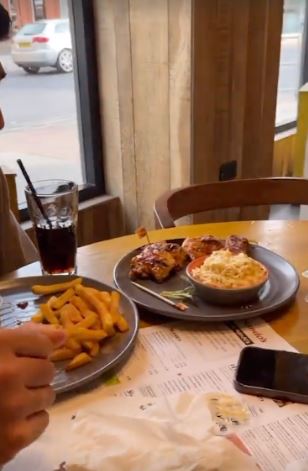