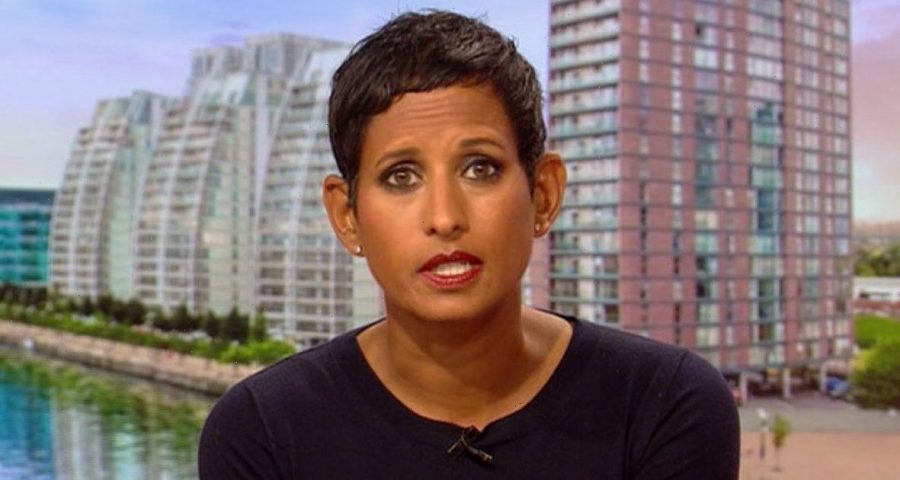 Naga Munchetty was missing from the latest episode of BBC Breakfast.

However, Charlie was joined by Rachel Burden on the red sofa on Thursday (October 27) morning.

It's not the only shake-up viewers have witnessed this week.

Sally Nugent and Jon Kay normally present the morning show from inside the studio on Monday to Wednesday, but there was a major format shake-up once again.

Victoria Valentine replaced Sally on the show and presented solo in the studio on Tuesday, while Jon reported live outside 10 Downing Street.

Jon held his spot outside the London residence as the country prepares to welcome Rishi Sunak as the next Prime Minister.

Naga's disappearance from the show comes after she ended up in hospital after horror eye incident.

On Saturday’s (October 22) ediiton of BBC Breakfast, she shared a toe-curling tale with her co-host Charlie Stayt.

The broadcaster began by saying: "Let me talk to you about something completely different. Now look, those with a sensitive nature may not enjoy this story."

Charlie asked Naga: “Is it a look away now moment?"

The star continued while holding up a newspaper: "I sympathise with this woman because this has happened to me, not to the same extent.

"But then she’s told this story that she went in and she felt something foreign in her right eye. She managed to find a few of them, get them from her eye, and then spotted more of them.

"She then had her assistant record the removal, she filmed it on her phone."

Looking sickened Charlie asked: "They were all in her eye at the same time?"

Naga then confirmed: "Yes! 23 disposable lenses! Can you imagine how uncomfortable that is?"

She then turned to her BBC colleague Gavin Ramjaun who looked rather uneasy.

The TV host then asked him: "Gavin, are you cringing? Morning to you."

"Yes, that’s happened to me before actually," Gavin responded.

She then quipped: "And me! I’ve ended up in an eye hospital trying to get it out!

"Mine went into the back and it is so painful because you can feel it scratching, but can you imagine 23?"

A queazy Gavin responded: "I used to wear them on nights out, coloured ones on nights out, back in the day this is, and I saw it slip around the side after I forgot to take them out. It was horrible, yeah."

BBC Breakfast airs daily on BBC One from 6am