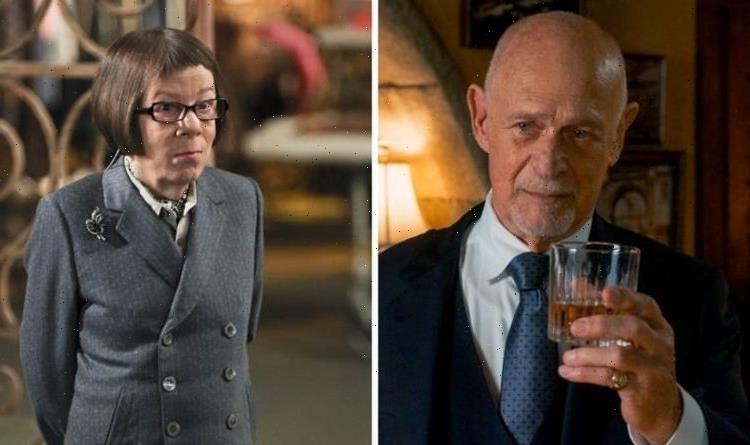 NCIS Los Angeles fans were left with tons of questions after yet another episode of the CBS drama without Hetty Lange (played by Linda Hunt). Viewers took to social media to air their concerns after it appeared as though Hollace Kilbridge (Gerald McRaney) was taking over.

NCIS LA fans have had quite a stressful couple of weeks, the previous episode saw some major delays to schedule after the NFL overran.

This week tons of viewers seem to be questioning the whereabouts of fan favourite and operations manager Hetty.

Although her disappearance from the LA team began last season, the appearance of Kilbridge seemed to have spurred even more questions.

Fans took to Twitter to share their concern about Kilbridge potentially taking the Hetty role in the office.

Susan took to Twitter and shared her disapproval: “I cannot warm to him as team leader.”

Cyprienne tweeted: “I knew it! I knew Cranky Pants wasn’t going anywhere. Probably won’t see Hetty till the midpoint or end of the season.”

Another fan questioned the showrunner choices: “Who’s idea was it to make Kilbride a full time cast member and leader of the #NCISLosAngeles team? I need to speak to those persons because I’m pissed!”

Onscreen, the team were made aware Hetty was on one of her official and mysterious missions.

Although her whereabouts were unknown, she did make the occasional appearance through video call, where she would check in on the team.

However, many viewers were convinced season 13 would bring the Hetty back on screen but instead, they saw more of Admiral Hollace Kilbride.

After making his first appearance in season six, Gerald McRaney was recently promoted to a series regular.

The most recent episode of NCIS LA made it clear that Kilbride would be taking over as team leader, however, this could potentially be temporary.

Thankfully fans can expect to see her soon, however, executive producer R Scott Gemmill hinted there could be some tension with the shift in power dynamics.

He told TV Line: “They’re both very smart and very stubborn, so it makes for a fun and volatile dynamic.”

Gemmill also explained Hetty could have trouble adjusting as Kibride does outrank her, despite this, the two are also old friends so he could potentially make the transition easier for her.

TV Insider revealed a major upcoming storyline for season 13 which will explore the downfall of Hetty after being away for so long and how she must “resolve it on her own”.

“But in the end, it will suck in the entire team, much to Kilbride’s disapproval,” Gemmill added.

It was previously disclosed the real reason behind Hetty’s disappearances was due to the pandemic, as the show did everything they could to ensure Linda’s safety as a 76-year-old.

NCIS: Los Angeles season 13 airs Mondays on CBS in the USA. A UK release date is yet to be announced.