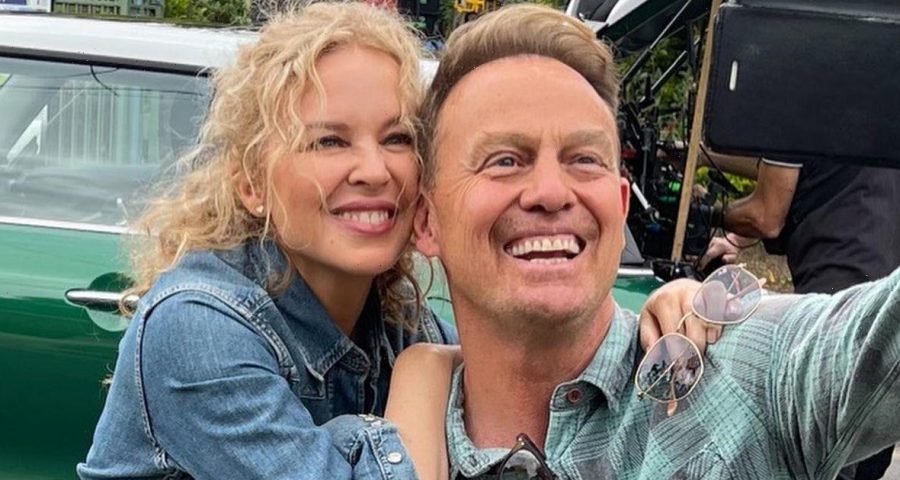 Neighbours viewers tuning in to the final episode of the show were left emotional after the long-anticipated return of show alumni Kylie Minogue and Jason Donovan.

The pair returned to screens as iconic couple Scott and Charlene Robinson who married on the show in the 1980s to record-breaking viewing figures.

Fans of the soap have been eagerly awaiting the return since it was confirmed that they would appear alongside a bevy of former big-name stars including Hollywood stars Margot Robbie and Guy Pearce to mark the end of the soap.

While some fans couldn't wait for the nostalgic feature, others were left feeling a little underwhelmed by the appearance. The pair were seen pulling up to Ramsay Street as their chart-topping duet Especially For You was heard blaring out on the radio, stopping to comment on all the for-sale signs on the houses.

Scott then leant over to kiss Charlene tenderly on the head as they looked around the street they once called their home.

A final scene also showed an emotional reunion between Charlene and old friend Jane as they hugged, with Scott seen running over to them to reminisce about their former lives together.

However, some viewers were left disappointed by the return as they didn't think Kylie had enough speech in the episode.

Taking to Twitter, viewers commented on the lack of conversation heard from the historical stars of the show. One wrote: "Not Channel 10 hyping up Margot Robbie and Kylie Minogue’s return in #Neighbours when they only had a 2.3 second cameo."

A third viewer tweeted: "Four words? Only four lousy words? Kylie would be NOTHING without #Neighbours but she's apparently too precious now to use her voice on the show that made her, the most iconic show on TV, in its last episode after 37yrs. Disappointing." But the return wasn't all bad with other viewers admitting to feeling deeply "emotional" as the nostalgia hit them.

One wrote: "Why do I feel emotional seeing Jason and Kylie, when I only started watching #Neighbours 4 weeks ago?"