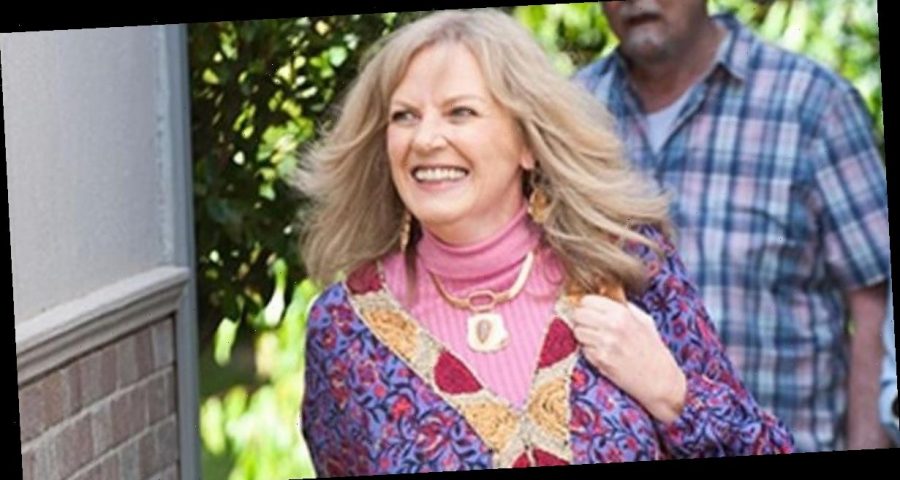 The actress is reprising her role as Melanie Pearson after bosses offered her a big-money deal.

She said: “My agent rang me saying that they had some interest and asked how I felt.

“I was like, ‘Yep!’ It took me about three seconds to agree to this. I didn’t take any time over the decision.

“It was in the middle of the pandemic and all of my work had disappeared, so it was a total no-brainer to say yes. It was like a little gift from the gods. It was the perfect time for me.”

It has been more than 15 years since Lucinda was on set.

Old mates including Stefan Dennis, who plays Paul Robinson, were there to make her feel at home. She said: “It’s pretty weird, because it’s been a while. But it’s also really fantastic and everyone is really welcoming.

“There are lots of new sets and new people, but there are some really familiar things too, which melts your mind occasionally.

“A lot of the sets are the same, with slightly different furniture. But they’re the same houses.

“It’s pretty strange standing outside the house you used to live in and now it’s someone else’s house on the street!”

When Melanie arrives back on Ramsay Street she is set to ruffle some feathers.

Fans will see Toadie, played by Ryan Moloney, hire her as his PA.

Lucinda said: “Melanie and Toadie meet on a Tinder date, which doesn’t work out as expected and they end up realising they’re just going to be mates.

“She starts working with him. And pretty soon she gets into people’s legal business, as you can imagine!”

Every soap needs a busybody!