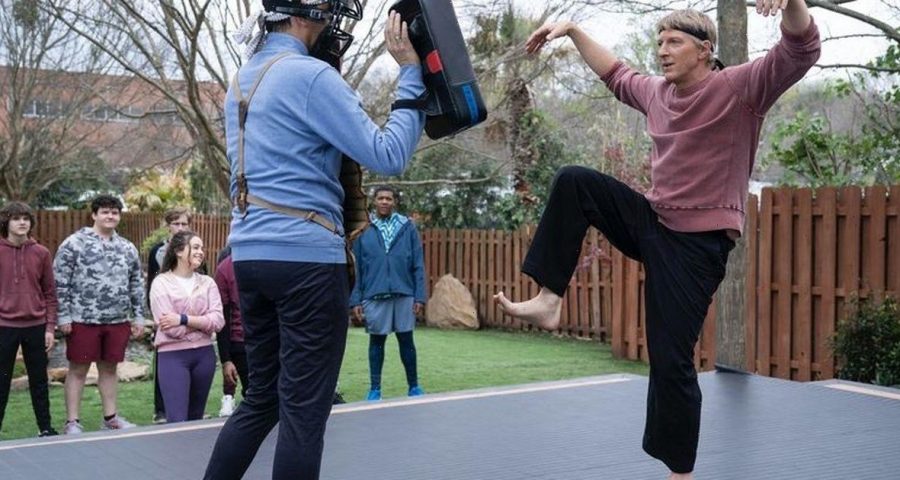 As the countdown to 2022 begins, a new season of the popular Karate Kid spin-off Cobra Kai is set to take over our lives.

After being renewed in early 2021, the show will finally be returning to Netflix for its fourth season.

The new series follows Daniel LaRusso (played by Ralph Macchio) and his nemesis Johnny Lawrence (William Zabka) as they join forces to defeat Cobra Kai in the next Karate championship.

The series which debuted in May 2018, has been a consistent hit and its latest season is sure to be another knock out.

Here’s what you need to know about season four of Cobra Kai including release date, cast and the possibility for season five.

When is the Cobra Kai release date?

Fans of Cobra Kai can treat themselves to a binge-watch as they welcome in the New Year, as season four of the Netflix original series will drop on December 31. For those watching in the UK, the new season will be available from 8am GMT on New Years Eve.

All 10 episodes will be dropped at once via the streaming platform.

The season picks up right where the previous season ended, with Daniel LaRusso and Johnny Lawrence teaming up in a bid to merge their fighting styles and defeat Cobra Kai at the All Valley Under 18 Karate Tournament.

Will there be a season five of Cobra Kai?

Cobra Kai and his rivals aren't going anywhere as a season five has been confirmed. In fact, filming for the future season has already wrapped.

Series producer Josh Heald has previously confirmed that the show is likely to be a "multi-series" plot, so long as the main actors were supportive.

The main cast will all return for the fourth edition of Cobra Kai, including Martin Kove as the protagonist. Kove is best known for his role as John Kreese in the 1980s Karate Kid movies.

He also starred in American sitcom Happily Divorced as well as films like Crossroads (1986) and Hitchcock (2012).

Another returning Karate Kid co-star is William Zakba who first hit the screen for Karate Kid, when he was only 21 years old. He later went onto star in well-known titles like How I Met Your Mother, Python (2000), Python 2 (2002) and Hot Tub Time Machine (2010).

Also joining the cast for season four is Thomas Ian Griffith playing Terry Silver, who was reintroduced at the end of season three. He has starred in Behind Enemy Lines (1997), the title character in Rock Hudson (1990) and Crackerjack (1994).

The cast also includes Mary Mouser, Xolo Maridueña, Tanner Buchanan, Jacob Bertrand. Another potential cast member is Sean Kanan, who did not confirm his return as Mike Barnes, but said on Instagram that his return was a "definite possibility."