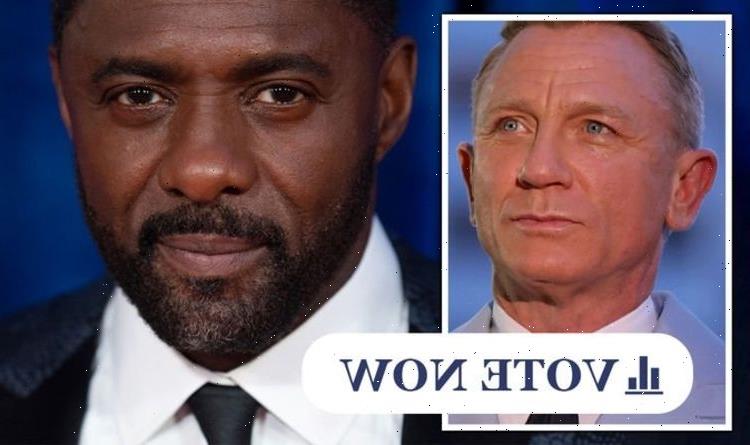 No Time to Die is the first title from Hollywood to crack $100 million without opening in mainland China, which recently became the world’s largest movie market, overtaking the US. Leaving his 007 career on a high, it is time for Mr Craig to pass the baton on to a new Bond.

Betting predictions have British heart-throb Tom Hardy in number one spot to take on the famous role, with odds of 5/2 from Ladbrokes.

The actor has starred in hard-core action movies that have shown he has the grit and flare of a 007 agent.

His latest film Venom was released on Friday and smashed box office estimations by double, bringing in a staggering $90million.

With a huge fan base (7.5 million followers on Instagram), some say he is the obvious choice for a Bond movie.

Star of Luther, Idris Elba, is another favourite to become the next James Bond, with betting odds of 8/1.

But during the premiere for Mr Elba’s new Netflix movie, The Harder They Fall, the star ruled himself out of the running.

But when asked if he would like to take the role. He responded: “Who wouldn’t?”

Adding: “How amazing would it be to have a Black James Bond? It’s a sign of the times when we can stop talking about black, white, and colour.”

So far, there has never been a non-white James Bond, and many fans are calling for a new Bond to be cast with diversity in mind.

A young star hoping to break the mould is Regé-Jean Page who currently has betting odds to be the next James Bond at 3/1.

The black-British actor entranced an astonishing 8.2 million UK households and 82 million across the globe that watched him in the series Bridgerton.

The romantic period drama is now officially the most watched Netflix series to date, and the choice to cast a black romantic male lead was a ground-breaking step forward for the film industry.

In early September, it was confirmed Mr Page would not be returning to the Netflix series’ second season, could it be because he is instead taking on a new Bond film?

At age 31, he would be one of the youngest actors to ever star as James Bond.

Clive Standen, 40, best known for his starring role in the NBC series Taken, and James Norton, 36, who has featured in many British TV series, are both contenders for the next Bond film too.

Craig was recently asked about who he would want to take over from him going forward.

The actor responded: “Not my problem.”

Who do you want to see on the big screen as the next Bond? Vote now.

Our TV newsletter sends the biggest clashes and jaw-dropping moments straight to your inbox. Receive updates from your favourite TV stars, and never miss a viral moment again by signing up here: /newsletter-preference-centre