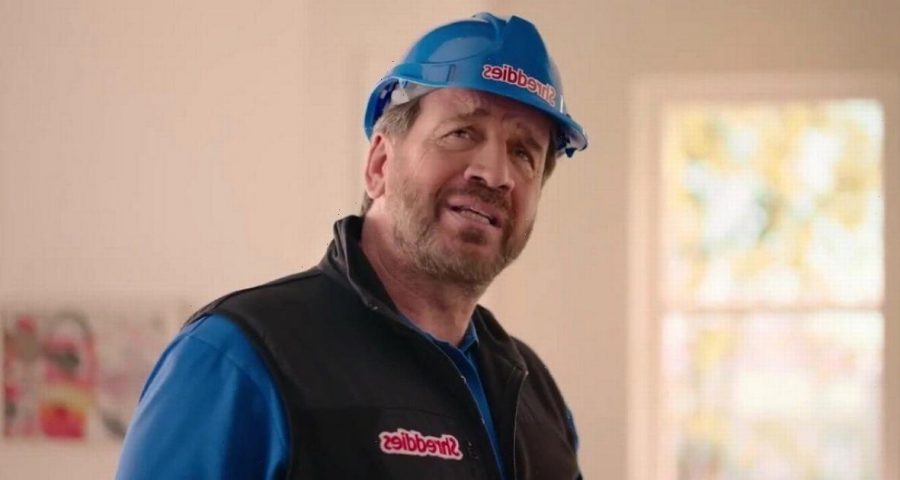 Nick Knowles has hit back at fans on Twitter who suggested he was copying Stacey Solomon with his new DIY show.

It comes after the DIY SOS host is being replaced by comedian Rhod Gilbert for an upcoming special after 22 years on the show.

DIY SOS: The Big Build is set to take place in Hull for this year’s Children in Need special but 58-year-old Nick won’t be joining the team.

However, some fans on social media reckon it's exactly the same as pregnant Stacey Solomon's own DIY show, called Sort Your Life Out on BBC One.

Loose Women star Stacey, 31, who is expecting her fourth baby with fiancé Joe Swash, is at the centre of Sort Your Life Out, in which she declutters her home with her team.

One Twitter user remarked: “So, is the new @MrNickKnowles show on @channel5_tv basically exactly the same as the @StaceySolomon Sort Your Life @BBCOne show? Mega fun to watch, and I love both presenters, so this should be fabulous.”

And Nick hit back a reply, saying: “Well, it’s a very similar subject matter as there are many shows in this field at the moment.

"But I hope you’ll see differences that will make it worth a watch.”

Another Twitter user remarked: "You're always worth a watch Mr K. I've marked it up on my sky box."

And another fan commented: "If you’re doing a good deed Nick it doesn’t matter how many shows are very similar, as long as you’re making a difference to someone’s life, you crack on mate, one of the good ones".

Mum-of-three Stacey recently uploaded a heartfelt video of her adorable baby girl as she grows inside her tummy.

Speaking about the baby-to-be in an emotional post on Instagram, she shared snaps of her baby's stunning bedroom.

She wrote: "To my Darling daughter, I’ve loved every single second of making this special place for you.

"My whole heart, and soul is in this room and I would do it all again if I could.

"I can not wait to bring you home here and show you everything.

"I can not wait to hold you, cuddle you, sing to you, feed you and put you to bed in here.

"I’m so proud of everything in here and it’s been the best feeling making it and I’ll miss being covered in pink paint.

"We can not wait to see you little one.

"I’m so proud of everything in here and it’s been the best feeling making it and I’ll miss being covered in pink paint.

"We can not wait to see you little one."

BBC's DIY SOS is now available to catch up with via the BBC iPlayer on demand catch up service.