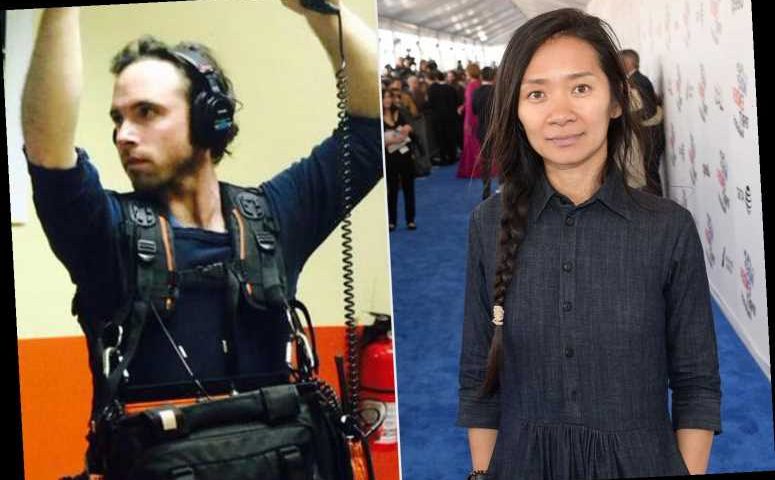 Chloé Zhao is dedicating her Critics' Choice Award to Michael Wolf Snyder, the Nomadland production sound mixer who recently died by suicide at the age of 35.

After honoring Snyder in her acceptance speech for best director on Sunday, Zhao went on to recall a touching story about her late colleague from the set of her 2017 film The Rider, on which he also worked.

"After a really hectic day, Wolf came to me and said, 'Hey, Chloé, how about I just record room tone a little bit longer than I need, so I can buy you some time to think — to hear yourself better?' " she said. "And that's what we did. And we did the same thing on Nomadland."

"And these were the best moments of our day — the whole crew together, watching Wolf, and he would say, 'All right everyone, get ready, let's go to your Zen place.' And we did," Zhao added. "So thank you, Wolf. We honor you. And we'll see you down the road, my friend." Snyder's death was confirmed by his father David in a Saturday Facebook message, which was shared by the late sound mixer's aunt, Cathy Snyder. In the post, David, a psychiatrist, said that his son died by suicide and had been struggling with depression for years.

"Michael took his own life sometime in the last week and wasn't discovered until I went to check on him Monday after he had dropped out of contact for several days," he wrote. "He has suffered from Major Depression for many years. For most people, this is an illness that waxes and wanes over the years. I'm sure it was difficult for Michael that he spent most of the last year alone in his small, Queens apartment, being responsible about dealing with the coronavirus."

"In spite of this, we all believed he was doing well, and for most of this past year I think he was," David continued. "He seemed especially joyful and invigorated in these last few months since he was able to return to work on several different film projects."

David added that Snyder "was certainly thrilled" over the flurry of award nominations Nomadland has received. "Unfortunately, we believe he was gone before getting to see the Golden Globe awards," he said. "We will never know what changed in the last month or two, but even his love for his family, as well as his love of film and his movie family, was not enough to conquer his demons," David continued. "People have asked if his death was Covid related. I think we can assume that it played a role in the form of increased isolation and loneliness, but it was certainly more than that."

"I hope that the shocking nature of Michael's death will alert others to speak up, risk being vulnerable, and seek the help that they need," David said.

Zhao — who also won best director at the 2021 Golden Globe Awards last weekend — honored Snyder as well, remembering their dynamics together on the sets of Nomadland and The Rider.

"I didn't wear headphones on set and so I heavily relied on Wolf to be my ears," she said in a statement to Variety. "I will always miss him. He would always be with me on set, after each take, and in the silence of every room tone. See you down the road, my friend."

The 26th annual Critics' Choice Awards, hosted by Taye Diggs, aired live on The CW from 7 to 10 p.m. ET/PT.

If you or someone you know is considering suicide, please contact the National Suicide Prevention Lifeline at 1-800-273-TALK (8255), text "STRENGTH" to the Crisis Text Line at 741-741 or go to suicidepreventionlifeline.org.