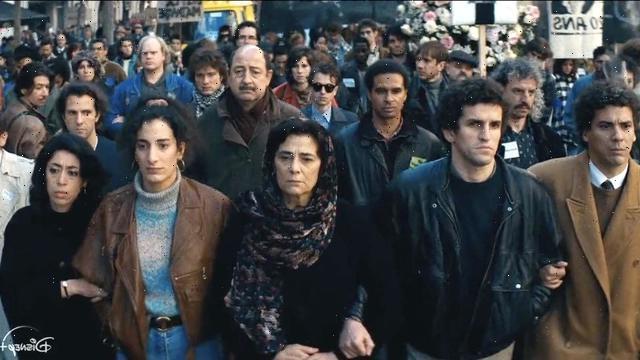 A new study from the advocacy group Collectif 50/50 surveying French films from 2019 has revealed that 62% of local film protagonists are perceived as white, highlighting the underrepresentation of visible minorities in French cinema.

The study, titled Cinégalités, was unveiled during a day-long conference hosted by Collectif 50/50 on Dec. 8 with several panels discussing the need for greater diversity and gender equality, as well initiatives aimed at curbing sexual harassment and violence in the film and TV industries.

Although it remains unconstitutional in France to collect data on the racial, ethnic or religious background of its citizens, the study did receive the support of the French culture minister’s task force Mission diversité et égalité, as well as the non-profit org Licra which combats racism and anti-Semitism.

Laurence Lascary, the co-president of Collectif 50/50 (along with Julie Billy and Sandrine Bauer) who has produced some of France’s rare movies with predominantly Black casts, pointed out the study marked a turning point for France because it’s the first of its kind and will give the org “an anchor, a basis and get the help of public institutions.”

Cinégalités also showed that the “films that were the most popular among audiences had a greater number of characters from diverse ethnic backgrounds,” said Sorbonne university professor Sarah Lécossais, who spearheaded the study with fellow professor Maxime Cervulle. Lécossais also said the higher number of women as producers, writers and directors led to a larger onscreen gender balance.

Faiza Guene, a novelist and co-writer of Disney Plus’ anticipated French series “Oussekine” (pictured), said she always wonders why she gets hired to work on certain projects. “Do people call me because I have the capacity to tell that story or to serve as a caution by validating the project?”

Guene also spoke about the difficulty to access a wide range of projects and overcome stereotypes. “We’re asked ‘Why don’t you want to speak about something else than the suburbs?’ But automatically, when I write something else, people continue to see me as the Arab woman,” she said.

Lascary, meanwhile, said it was still challenging to making films with predominantly Black casts in France. Unlike in the U.S., these films are rare because they are not easily financed.

The conference discussed the near invisibility of female characters above 60 who made up only 6% of roles in French movies in 2018, according to a survey from AAFA Actrices et acteurs de France associés. In terms of film restorations, there were not a single movie directed by a woman restored in 2021 and only 3% in 2020, according the Collectif 50/50.

The study also examined the large proportion of upper-class characters which made up more than 50% of roles in these French films. Harold Valentin, producer of International Emmy award-winning French show “Call My Agent!,” said he was “shocked by the figures on the over-representation of executives in (films).” “There is a real distortion of reality in stories told,” added Valentin.

‘The more you push us down, the better we’ll spring back up’: The school that leapt 100 HSC places
Celebrities