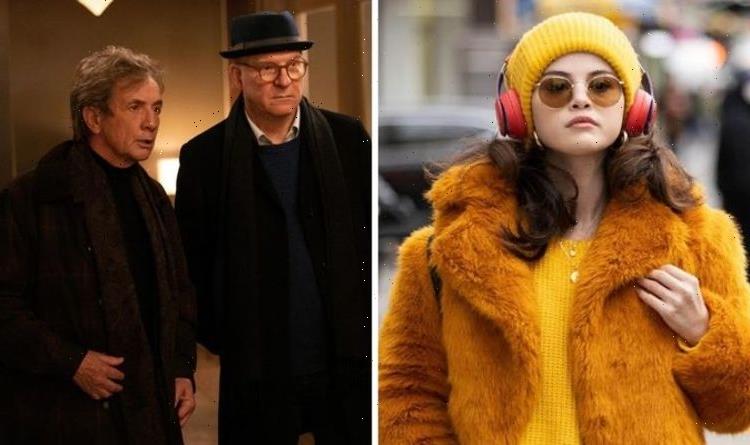 Only Murders in the Building: Disney+ releases series trailer

Only Murders in the Building has been a hit for Hulu and Disney Plus, with the show racing to the top of the charts upon its debut in the USA. Starring Steve Martin, Martin Short, and Selena Gomez, the true-crime podcast-inspired series is a classic whodunnit with a modern twist. With the popularity of the show only increasing, fans are hoping for a sequel season.

What is the release date of Only Murders in the Building season two?

Hulu has wasted no time in confirming a second season for Only Murders in the Building.

Shortly after episode five dropped, which marks the halfway point in the season, Hulu announced the renewal of the show.

Currently, there is no release date for the new outing, though it will likely be aiming for another late summer release, similar to season one.

The new season will once again be created by Steve Martin, John Hoffman, and Dan Fogelman.

When the second season was announced, Craig Erwich, president, ABC Entertainment and Hulu originals said: “Only Murders in the Building reflects the kind of creative excellence that is the hallmark of Hulu Originals.”

“Steve, John, and Dan have created a uniquely captivating and entertaining series.

“The audience’s response to the delightful blend of mystery, humour and emotion in the show has been overwhelming and we can’t wait to follow this unlikely trio on their next adventure.”

Hoffman added: “Everyone in our amazing Building worked with such love and expertise through extraordinary times — and with incredible support from Disney, Hulu and 20th TV — to create a first season that might live up to our legendary cast, our beloved New York City, and to make a show about connection.

“To feel we’ve connected with our audience and hit the mark enough already to have the chance to continue — and to carry on our show’s wild ride of mystery-comedy-empathy — is too exciting for words.

“So I’ll shut up now — and just say a huge thanks to all and I can’t wait for more.”

Who is in the cast of Only Murders in the Building season two?

All three of the series’ leads will be returning for the second season as confirmed by Hulu.

Charles-Haden Savage (played by Steve Martin), Oliver Putman (Martin Short), and Mabel Mora (Selena Gomez) will all be back.

Other returning cast members include Amy Ryan as Jan and Aaron Dominguez as Oscar.

Nathan Lane will also be coming back for a recurring role as Teddy Dimas and Tina Fey will return as Cinda Canning.

Is there a trailer for Only Murders in the Building season two?

No, there is no trailer for a second season as no filming has commenced at the time of writing.

Hulu will want to finish airing the first season before teasing fans for the second in order to avoid any spoilers.

It is hard to estimate when a trailer could drop, though it is very unlikely fans will see one this year.

Now that the second season has been confirmed, filming will begin in the coming months, leading to an early to mid-2022 trailer at the earliest.

What is the plot of Only Murders in the Building season two?

Currently, it is hard to guess what the second season could be about as season one is only at the halfway mark.

Episode six, To Protect and Serve, debuted on September 21, with the remaining four episodes set to release weekly until October 19.

The plot for season two will be determined by the events seen at the end of the first season, though it will likely change things up for a continuation.

The trio will likely find themselves caught in another murder mystery, completely independent from the murder of season one.

This will also keep it in line with the whodunnit themes of the show, though nothing has been confirmed by Hulu or Disney Plus.

Only Murders in the Building is available to watch on Hulu in the USA and Stars on Disney Plus in the UK.