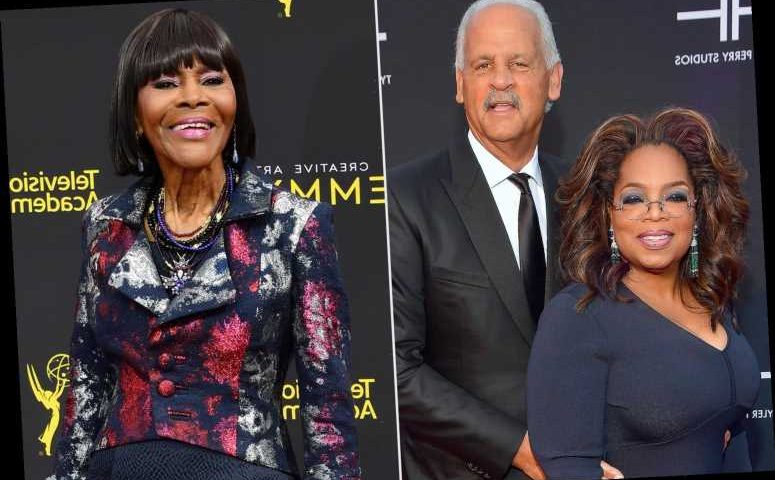 On Friday night, Winfrey's close friend and fellow television personality, Gayle King, appears on People (the TV Show!), where she discusses Tyson (who died Thursday at the age of 96) and how Winfrey is making the late actress a special part of her day.

"She and Stedman [Graham] plan to celebrate and honor today by watching The Autobiography of Miss Jane Pittman — that's what they're going to do," says King, 66, of Winfrey and her longtime partner. "Just the two of them."

The Autobiography of Miss Jane Pittman (1974) is a TV film that earned nine Emmys, including two for Tyson for actress of the year and best lead actress in a drama.

"What [The Autobiography of Miss Jane Pittman] changed for me was that people were able to understand who we are, what we are, and why we were placed on this universe; that we were human beings just like any other person and should be treated the same," Tyson said in a recent interview of the film's portrayal of Black people. "That's all we wanted."

Of Winfrey's 2005 Legends Ball — which included Tyson among the star-studded guest list of 25 Black women who have made an impact on history within entertainment and beyond — King says she doesn't know if it even would be something that would've existed "if Oprah didn't have the affection and the relationship she had with Cicely Tyson."

"And it grew from Cicely Tyson to many other people, Black women, who she felt had made a difference in her life, who she admired and who paved the way," King continues, adding of Winfrey and Tyson, "The two of them were extremely close." On Thursday night, just two days after CBS This Morning aired an interview with the late star about her legacy and new memoir, King paid tribute to Tyson by posting their full chat on Instagram.

"I'm amazed every single day I live," Tyson said near the end of the interview. "I mean, what my life became is not what I expected. I had no idea that I would touch anybody."

King tells PEOPLE now, "She was so vibrant and so engaged and so happy. And she was sitting there with her Manolo Blahnik shoes and talking about directing," emphasizing that during the sit-down, Tyson didn't seem like she was "tired" or finished with her life's work.

"That was not where her head was at. So when I did the interview, I didn't think, 'Oh boy, this could be the last one.' I really didn't because I know that she had more work to do," King adds. Winfrey shared a touching story of one of her "favorite" memories of Tyson on Thursday, writing on Instagram alongside a photo of them laughing together, "Of all the times and experiences we shared together, this was one of my favorites: The weekend of the Legends Ball in 2005."

"The idea for the ball originated because I wanted to celebrate HER, and other remarkable Black women who carved a path and built a bridge for me and generations to follow. What a joy to honor her and feel her receive it!" she continued.

The TV legend also touched on Tyson's legacy, writing, "Cicely decided early on that her work as an actor would be more than a job. She used her career to illuminate the humanity in Black people. The roles she played reflected her values; she never compromised. Her life so fully lived is a testimony to Greatness."

Catch People (the TV show!) Monday through Friday. Check your local listings for exact times or stream the show every day at 7 p.m. ET/4 p.m. PT at People.com and PeopleTV.com.