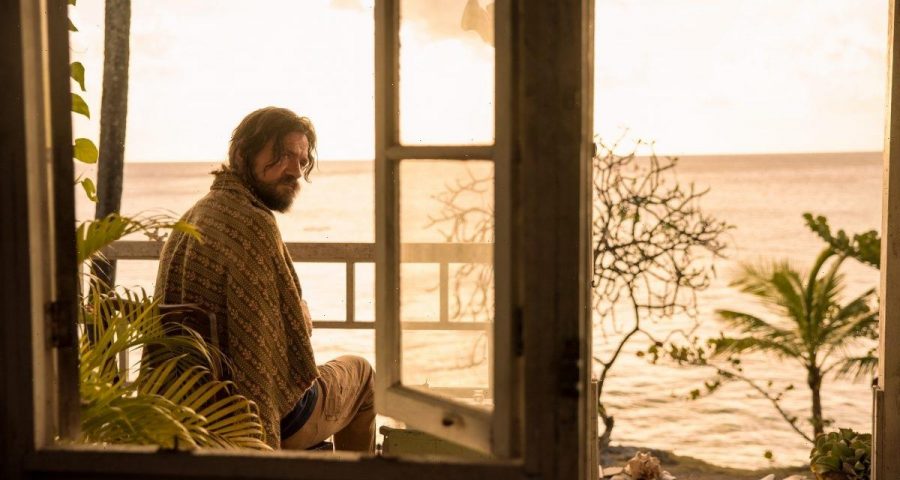 Outer Banks fans have a lot of questions regarding John B.’s (Chase Stokes) dad, Big John Rutledge (Charles Halford). Fans of the Netflix series learned a lot about Big John in season 2. Now, all many fans want to know is whether or not John B.’s father is alive. After careful consideration of the evidence in Outer Banks Season 2 and a major fan theory for season 3, here’s what we know about Big John Rutledge.

When we first meet John B. in season 1 of Outer Banks, he’s living independently. His father, Big John Rutledge (Charles Halford) has been missing for several months. The more John B. learns about his dad’s connection to Ward Cameron (Charles Esten), the more he presumes his father was left for dead.

In season 2 of Outer Banks, we learn Big John isn’t the only person Ward Cameron has crossed. Carla Limbrey (Elizabeth Mitchell) was also involved in Ward’s hunt for the Royal Merchant treasure if only to get her hands on the Cross of Santo Domingo.

Limbrey, a wealthy descendant of the Royal Merchant’s captain, seeks Pope Heyward’s (Jonathan Daviss) help in accessing the Cross of Santo Domingo. The cross contains a shroud Limbrey believes will heal her mysterious ailment. In exchange, she promises Pope a recording that will prove John B.’s innocence in Sheriff Peterkin’s (Adina Porter) murder — the primary problem in season 2.

Big John is not a central focus of Outer Banks Season 2. But his appearance in the final moments of the season has many fans perplexed.

When Limbrey first opens the Cross of Santo Domingo, she finds it devoid of the shroud. At the end of season 2, episode 10, Limbrey finds Big John alive in Barbados. He knows where the shroud is and promises to help Limbrey find it, but only if she agrees to help John B.

Stokes hasn’t had many chances to work with Halford, but he’s hopeful he’ll get to act with him someday. “Wouldn’t that be cool?” Chase told J-14. “Part of me wants to believe, as a son, that my dad could be alive.”

Stokes admits it’s “hard to believe he’s alive somewhere in the Bahamas” but says his fingers remain crossed. “I hope the Bahamas opens a whole world of adventures for us, so we’ll see.”

An Outer Banks fan on TikTok poses an interesting theory. What if the final scene from season 2 is a flashback?

In the post, the TikToker points out Limbrey’s younger and seemingly healthier appearance in the final scene. They also note Big John’s glasses, which were found by Sheriff Peterkin on the island Ward abandoned him in season 1.

This fan theory could make sense as a flashback, given that John B. can’t clear his name until the authorities run ballistics on the gun used to shoot Peterkin. Of course, the scene could also take place in present day. Big John could be implying Limbrey needs to help John B. and the Pogues off of the deserted island they’re stuck on at the end of season 2, dubbed “Poguelandia” by J.J. (Rudy Pankow).

Outer Banks fans are hopeful this timeline theory is addressed in season 3 if and when Netflix confirms another season. Stay tuned to Showbiz Cheat Sheet for updates on all things Outer Banks.