Fans are keen to work out how Jamie Fraser’s (played by Sam Heughan) ghost will play a part in the end of Outlander and if he and Claire (Caitriona Balfe) will survive much longer as the Revolutionary War approaches. There’s also questions about their daughter Brianna (Sophie Skelton) and whether she will remain in the 18th Century with husband Roger MacKenzie (Richard Rankin).

There’s been plenty of speculation about when and how the Frasers will die but now one fan has theorised what Claire will do once Jamie passes.

They noted that Claire has had some rather interesting interactions with bones throughout the series and she believes these are linked to how she ended up in the 18th Century.

The three instances Reddit user Olive1114 noted were; in conversation with Master Raymond (Dominique Pinon), examining the skeleton of Joe Abernathy, and when she found Otter Tooth’s skull and had a vision of him.

The instance have all been rather different but have shown Claire has a strong connection to the dead. 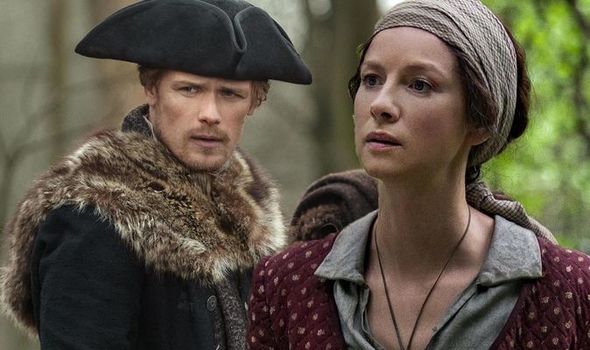 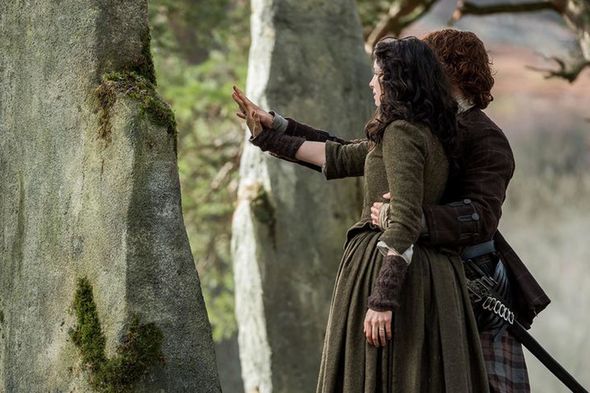 Could she harness this power when Jamie dies?

The fan suggested: “Extrapolating on Claire’s ability to communicate/sympathizs with bones, and given the dream of Nayawenne (“my husband’s grandmother says that you have medicine now, but you will have more. When your hair is white like hers, that is when you will find your full power.”).

“My theory is: Jamie’s bones are buried at Craigh na Dun.

“Claire plants the forget-me-not flowers there.” 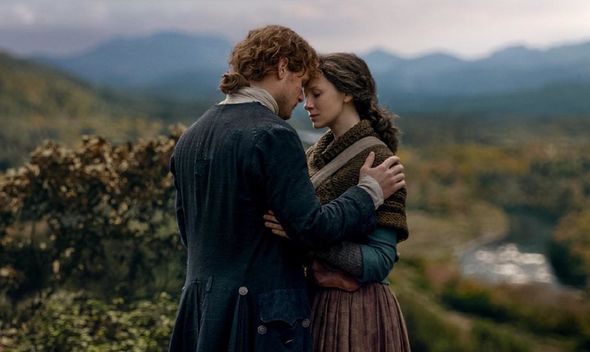 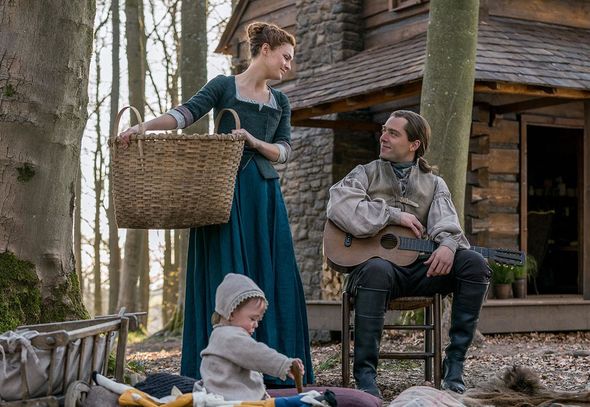 This could therefore be a signal for future Claire to head back to the 18th Century.

It could also explain why Claire felt such a strong pull to Craigh Na Dun in the first ever episode.

The theory has divided fans as one agreed: “I always felt like Claire has healing powers that go beyond the norm, and her ‘powers’ are getting stronger as she ages.

“I totally love the idea of Jamie at the stones. I’m not sure he’d go for that though, being Catholic, but it’s a beautiful idea, and ties it together neatly.”

Another added: “I literally got full body chills when you mentioned the theory of Jamie’s bones being buried at craig na dun. That would be such an amazing detail.”

However not everyone was convinced as another fan insisted: “I would doubt that Claire would bury Jamie at the stones.

“Craigh na dún is a historical site and no doubt that it has been excavated over the years. She wouldn’t like him being disturbed.

“I always figured, Jamie was buried at Lallybroch. All the graves are weathered in the future but there was a grave beside Jamie’s dad’s in the future, which is where he said he wanted to be buried.”

Meanwhile, speaking at the Paley Fest last week, executive producer Maril Davis opened up on what fans can expect from the new series.

She teased: “I think, there is so much for everyone in it. Jamie and Claire, their love deepens; Roger and Brianna, they have their own journey, and something fun and new happens with them.

“Caitlin O’Ryan, who plays Lizzie, has a great story, and she is such a phenomenal actress. There are just so many exciting things.”