Outlander season six is still months away, thanks to the COVID-19 pandemic. To survive the extra-long Droughtlander, fans have turned to the Outlander End of Summer series on The Outlander Collector Facebook page. There is also Outcasts, the unofficial Outlander podcast. Recently, star Caitriona Balfe stopped by the Outcasts podcast to discuss Jamie (Sam Heughan) and Claire’s (Balfe) passionate relationship. 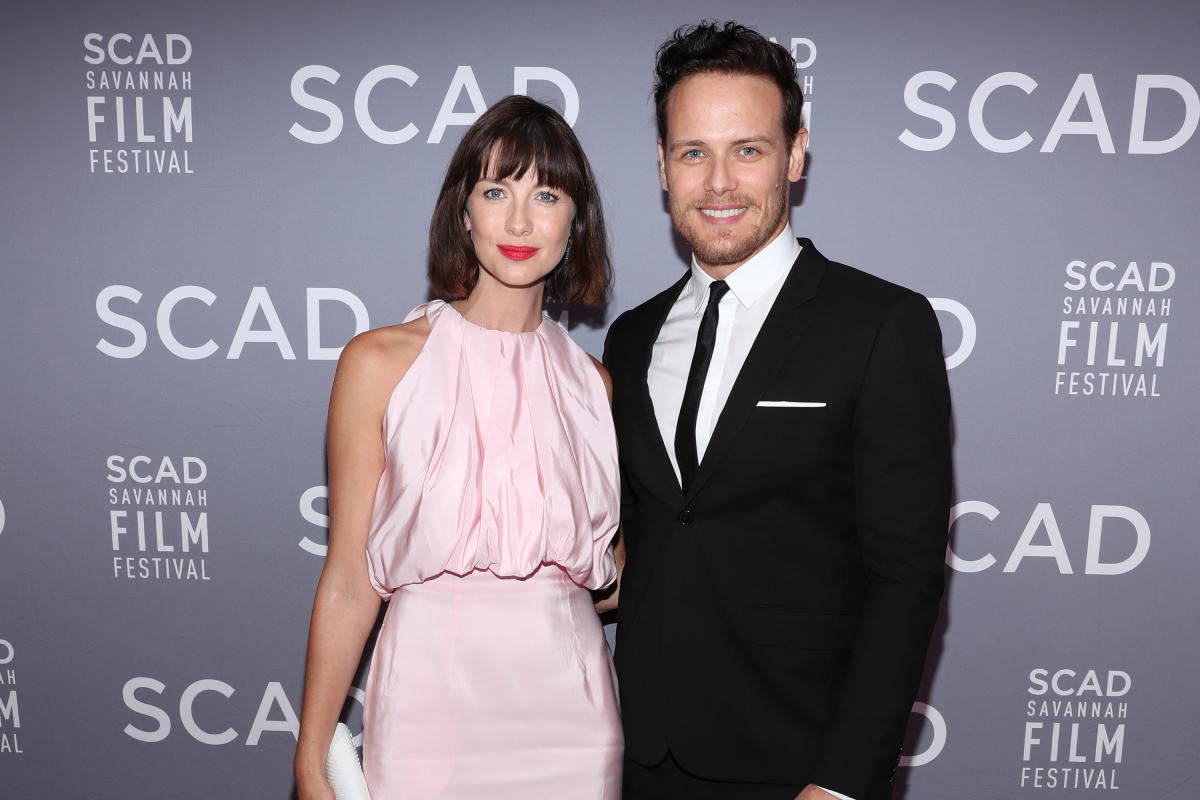 The Outlander cast and crew were supposed to begin filming earlier this year – before the season 5 finale. But, the coronavirus forced them to postpone production until it was deemed safe to return.

Young Ian actor John Bell recently revealed on his Instagram Stories that he had officially begun preparing for season 6. He shared a mirror selfie that revealed he was beginning to grow his character’s trademark mohawk hairstyle. This was the first indication from anyone in the cast or crew that they would begin shooting soon.

Last episode, clan. How are we feeling?! Don't miss the #Outlander season finale Sunday only on @STARZ.

According to Express, Heughan says when they do get back to work on season 6, Jamie and Claire’s romance could change.

“They are fractured, they’re broken, they’re a family and they’re facing this future together, but the cracks are definitely there,” Heughan says.

He added that what makes the story so interesting and so “fantastic” is that the characters are broken in various ways. They are facing an unknown future together. But, “they are together and are family.”

Heughan would have warned Jamie to stay away from Claire

Outlander fans can’t get enough of Jamie and Claire’s passionate relationship. They’ve watched the couple’s romance survive the Battle of Culloden, a 20-year separation, and illegitimate children. But, Heughan says he would have warned Jamie to stay away from Claire.

Express reports that Heughan told Parade Magazine ahead of season 5 that Heughan knows what he would say to Jamie. If he could travel back in time, he would say, “Don’t go near her. Your life is going to be a mess.”

What are we thankful for this year? The Frasers, obviously. #Outlander #STARZ

Heughan explained that Claire turns Jamie’s world upside down. Every time he looks at her, Heughan says that he sees his own demise. This is because he knows he would do anything for her. He would die for her.

The actor admitted that Claire and Jamie are a “great unit” and a “great partnership.” He says they are strong together. And, they also look out for their extended family.

“You know, of course, it is an aspirational love story. But I do think they’re both very flawed and the relationship is very flawed,” Balfe said. “I think that’s what keeps it relatable and takes it out of the Disney sort of feel of things.”

We love Jamie and Claire with their wee grandson. #Outlander #STARZ

Balfe added that there is a reason so many people have loved Diana Gabaldon’s book series for more than two decades. She described the Starz time-traveling drama as a “grand dressing of fantasy.” She admits that every TV show and film sets an unrealistic example of a relationship.

Balfe pointed out that many viewers want a form of escapism. They want to see “big emotions played out” and have “cathartic experiences.”

Seasons 1 through 5 of Outlander are available to stream on the Starz app and Amazon Prime Video.