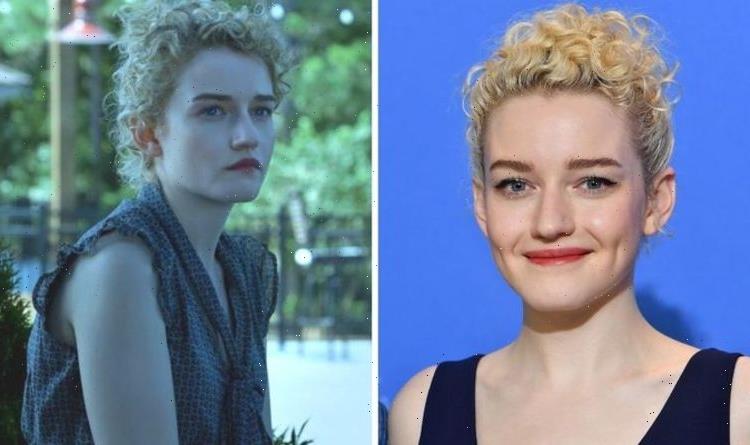 Netflix streamers worldwide can rejoice at the news of a long-awaited update about the upcoming season four of Ozark. Actress Julia Garner recently let fans into a huge update about when production should come to an end.

Much like the entire film and TV industry Ozark was forced to stop production due to the uncertainty surrounding the Covid-19 pandemic.

Season four was renewed three months after its previous instalment aired and was expected to hit screens this year.

However, the global pandemic caused a huge delay in filming as showrunners could only resume production after it was safe.

Although the showrunners have remained extremely tight-lipped about season four, Julia shared viewers may not have long to wait before season four finally premieres.

While the release date is still unknown, the star revealed filming is currently underway.

In an interview with W magazine, Julia opened up about the upcoming season and said filming could wrap up in October.

As season four will be the final instalment in the series, the actress confessed: The fact that Ozark is ending hits in waves.”

With filming set to be finalised in October, it’s safe to say the season could land on Netflix in early 2022, considering the editing that has to be done.

Ozark was Julia’s first major role and her performance saw her win two Emmy Awards of Outstanding Supporting Actress in a drama series in 2019 and 2020.

With the crime series coming to a definite end, the actress is set to star in Shonda Rhimes’ upcoming miniseries, Reinventing Anna.

The series will also air on Netflix and for the first time in her career, Julia will play the lead role of Anna Sorokin.

Portraying an heiress couldn’t be more distant from her role as Ruth Langmore, who grew up in a trailer park.

Ruth was able to make money working with Marty Byrde (Jason Bateman) as he needed a local who was experienced and street smart to help him launder money.

Marty relocated his family from Chicago to the Missouri Ozarks, to wash $500 million in five years for the Mexican cartel – in a bid to save his life.

Ruth was loyal to the Bryde family and even murdered her uncles Russ Langmore (Marc Menchaca) and Boyd Langmore (Christopher James) when she speculated they were giving information to the police.

This created a huge wedge between herself and her cousin Wyatt Langmore (Charlie Tahan) who refused to speak to her and moved out.

Despite this, in season three, her unwavering loyalty to Marty was eventually thrown back in her face when he refused to protect her after she was attacked by Frank Cosgrove Jr (Joseph Sikora).

This caused her to quit working for the Byrde’s and after queen pin Darlene Snell (Lisa Emery) heard about the attack she shot Frank between the legs.

With Darlene being the only person to stand up for Ruth, fans are convinced she will join forces with her and this could be explosive in season four because Darlene and Marty are enemies.

Express.co.uk will be updated with more information about Ozark’s release.

Ozark seasons 1-3 are available to stream on Netflix.