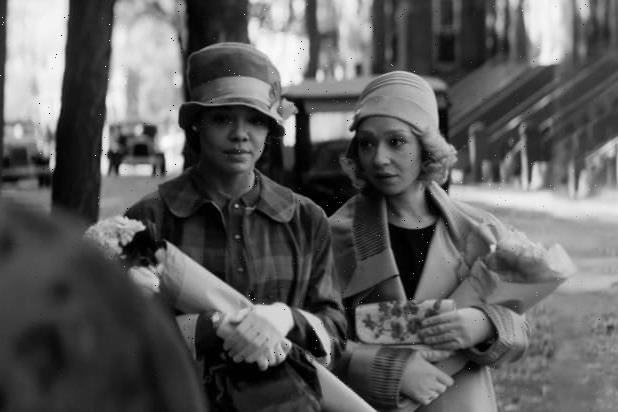 Tessa Thompson and Ruth Negga play characters who can pass for white, and the drama digs into the roots of their masquerade 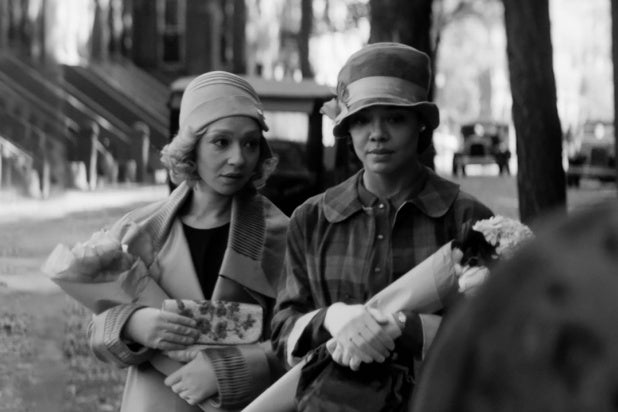 This review of “Passing” was first published after the film’s premiere at the 2021 Sundance Film Festival.

Face half-covered with a beautiful hat, Irene Redfield (Tessa Thompson), a biracial woman, wanders into establishments that would be off-limits to her if she couldn’t pass as white. On one of those undercover escapades, she runs into a friend from her youth, Clare (Ruth Negga), now a blonde living full time as a white wife. The ramifications of their camouflage lie at the center of “Passing,” Rebecca Hall’s impressively refined and superbly acted directorial debut, which she adapted from Nella Larsen’s novel set in 1920s Harlem.

Married to a white man with no clue of her divided identity, Clare claims to find comfort in her lifestyle. But after reconnecting with Irene, a burgeoning desire to return to Black society — as a tourist, with none of the hardships — sets in. Soon she becomes a frequent guest at Irene’s home and befriends her husband Brian (André Holland). With every evening together, a doomed romantic triangle grows in deceitful territory.

Much like Regina King, another actress recently turned skillful feature director, Hall arrives behind the camera fully formed as a storyteller handling thought-provoking subject matter with formidable aesthetic sensibilities. For all the technique that she demonstrates in “Passing,” it’s the way Hall mines praiseworthy turns from her cast that will earn her the most acclaim. Mannered in varying degrees, the actresses’ performances strike a delicate balance of emotional nuance and period-specific affectations.

As conflicted Irene, Thompson delivers her finest work to date, reminiscent of her turn in the recent period piece “Sylvie’s Love” but with greater substance. Her character, a woman descending into blinding suspiciousness, demands studied calibration; Irene must always uphold an image of serenity even when she’s breaking down on the inside. Conversely, Negga gets to portray a larger-than-life charm, offering a tongue-in-cheek homage to the movie stars of that era. Both actresses come together for multiple scenes of nearly intolerable tension.

Elegant in its aesthetic precision, “Passing” unfolds in sumptuous black-and-white cinematography. How the boxy frames are composed, maximizing space in conjunction with exquisite production, calls to mind Paweł Pawlikowski’s “Ida,” but they are actually the work of Catalan DP Eduard Grau (“Boy Erased”). Thematically, opting out of using color enhances the duality of the story and its characters, while on a practical note, it avoids any doubts of whether the two women would be accepted into white circles. Nods to bygone Hollywood are also clear, from the aspect ratio to the incidental use of music and of simple transitions.

Although tantalizingly obtuse at times, probably a trait taken from its literary source, the plot does offer enough detail to allow viewers to make inferences. With Claire getting closer to Brian in what reads as more than platonic friendship, we can assume that Irene fears that her happy home life, which Claire admittedly envies, will be usurped. Each has benefited from their “advantageous” condition in a racist environment: Claire sees Harlem as a playground she can enter and leave at leisure, while Irene, on the other hand, fails to confront the power dynamic with her housekeeper Zulena (Ashley Ware Jenkins) — a subplot that could have benefited from deeper introspection.

Watching “Passing,” it’s advisable to keep in mind that nothing is exactly as it seems on first impression, not even the reaction of a spouse seeing her partner gush over someone else. There possible variables here are plenty. Is Irene jealous of Brian or of Claire? Is it that the object of her husband’s illicit lust is someone passing for white more convincingly than she ever could? Implications have to be plucked from between the lines of subtext. It’s in all the words unsaid that the film’s narrative prowess resides.

Sporadically throughout the unhurried but riveting drama, the couple argues about how much their children should learn about the horrors of their racist homeland. He wants to move abroad, to Brazil perhaps, but she isn’t eager. Once again, as with every layer of charged subtext here, that stance is attributed to her distinct relation to race. Is it not a priority for her because she can pass and colorism still leans in her favor more than it does her darker-skinned family? Even in the same household, there are gradients of privilege.

Upon release, “Passing” will undoubtedly spark ardent dialogue around the questions it ponders and about the characters through which it explores them. For all the answers it withholds from us, this subdued tour de force seems adamant to show that in the society it depicts, one that’s not as distant as we might care to think, neither Irene nor Claire can truly find fulfillment.