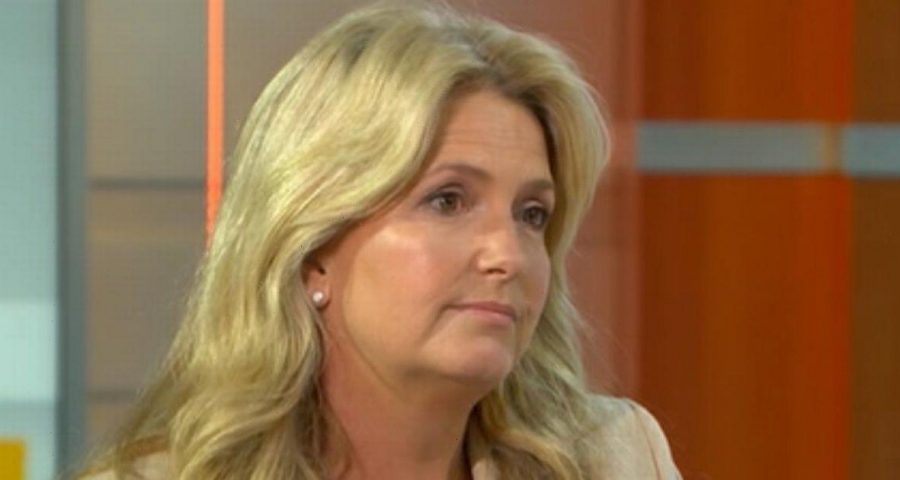 Loose Women star Penny Lancaster has opened up about saving a suicidal man’s life while doing a shift for the City of London police.

The former model, who is also a Special Constable, described the incident as “rewarding’ and also said that her life experiences have made her ready to help someone at such a low time in their lives.

Penny, 49, became a Special Constable after appearing in Channel 4’s Famous and Fighting Crime before completing more training after lockdown restrictions were lifted.

She spoke about her experiences during an appearance on Good Morning Britain where she was there in support of Lissie Harper – the widow of PC Andrew Harper who was killed in the line of duty in 2019.

Lissie is campaigning for a move called Harper’s Law, which would hand a life sentence down to anyone found guilty of murdering an emergency services worker.

Penny, who is married to singer Rod Stewart, said that during lockdown there has been an increase in people who have considered taking their own lives.

As a Special Constable Penny has to undertake various police duties and she pointed out that their jobs are not just fighting crime – they also have to look after the vulnerable.

She said: “At this particular time there’s a lot of instances obviously on the bridges and I did help assist someone that was pretty desperate on a bridge the other night. It can be rewarding in so many ways.

“‘That’s what policing does so we’ve got to look after the police and make that when their lives are taken, punishment is given.”

Admitting that the job comes with its dangers, Penny went on: “The thing is the police are the public, the public are the police

“There are women and men alike, brothers, sisters, uncles, aunties, we’re just regular people but we put that uniform to help protect.”

Host Susanna Reid heaped praise on Penny and added: “You had an extraordinary responsibility. You talked to somebody when they had the worst, lowest, darkest thoughts.

“That’s perhaps some of the unpublicised work of police officers. To talk someone down in their lowest moments.

“Did you feel the weight of that responsibility at that moment?”

Penny, a mum-of-two, replied: “I had the right training and I think from the life experiences that I’ve had I feel like I belong in the force at the moment.

“I’m at that age where I’ve been there and done it, having children of my own, so I felt that I was prepared for that moment. Of course, you never know until you’re there.”