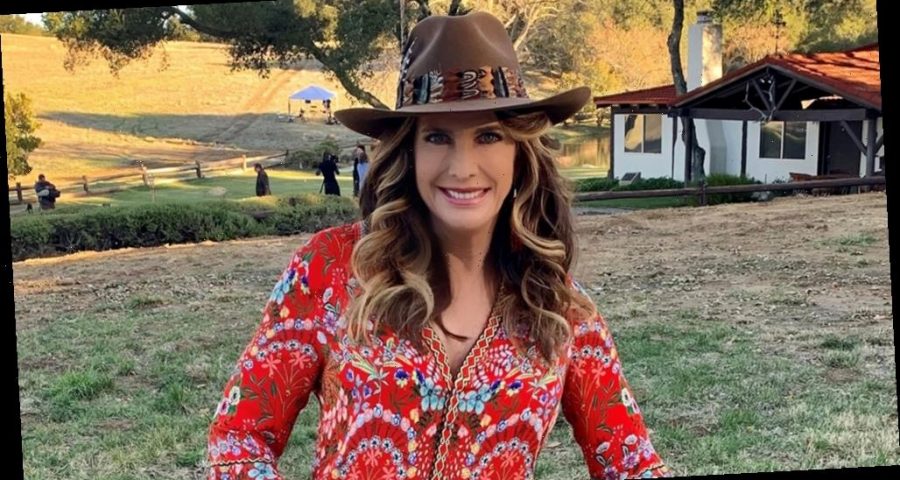 The series, which also touts Kay Adams and Lawrence K. Jackson as co-hosts,  is a half-hour daily TV show inspired by the brand’s unique combination of the most popular celebrity and inspirational human-interest stories including entertainment news, exclusive interviews, feature stories, beauty and style, true crime, and more.

Moran’s two-part Reagan set visit with Dennis Quaid and Penelope Ann Miller will air Monday and Tuesday night. Moran speaks with the Merry Happy Whatever actor about the political biopic and finding his own Nancy Reagan. On Thursday, Moran will reunite with Shaquille O’Neal and Charles Barkley, where they will discuss their feuds on the court and today’s NBA stars.

In 1992 Moran became the first solo female host for ABC’s Wide World of Sports. From 1994 to 2001 Moran served as the weekend anchor and co-host for Entertainment Tonight. She launched her Empower Midlife with Julie Moran podcast in 2019.

“We are thrilled to have Julie on the PEOPLE team,” said executive producer and showrunner Rob Silverstein. “Her connections in the entertainment field are wide ranging and we look forward to tapping into that to bring our viewers the type of exclusive interviews only PEOPLE can deliver daily.”