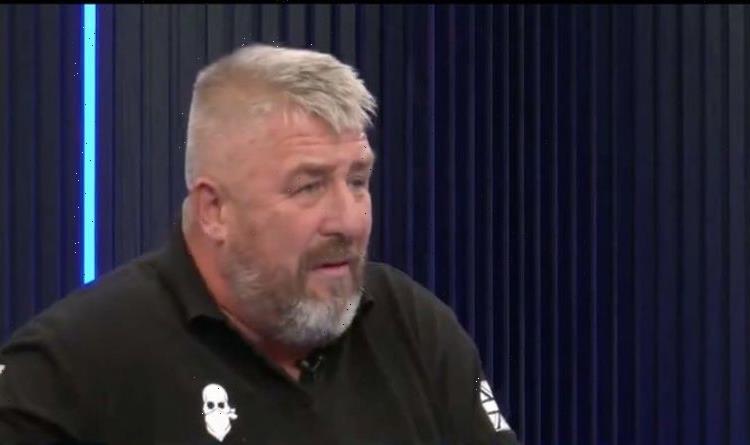 Afghanistan veteran Phi Campion has slammed Joe Biden over the Afghanistan crisis, claiming the US President was “completely out of tune” with the unravelling situation. The criticism came after the American President pulled out remaining US troops from Afghanistan despite the Taliban speedily gaining ground before reclaiming Kabul on Sunday. Thousands of Afghans rushed to Karzai Airport following the insurgents’ arrival in the capital in hopes of securing a way out of the country, leading to chaotic scenes on the tarmac.

Speaking on GB News, Phil Campion said: “Joe Biden has had an absolute nightmare with this.

“He is talking completely out of turn.

“He’s probably never stepped foot in a combat zone in his life, he would not understand a single feeling from a person on the ground there.

“He’s got no idea whatsoever. He’s talking completely out of tune.”

GB News host Dan Wootton chipped in: “Wasn’t it literally about 34 days ago that he didn’t believe that the Taliban could take over the country?”

Mr Campion answered: “It is a horrendous situation.

“If he was going to do that, let’s say, he should have put proper provision in place.

“It should have been looked at in such a way that it could be done in an acceptable manner, but to prop somebody up and to suddenly pull away that support and to expect things to go smoothly.”

He added: “But it doesn’t matter whose responsibility it is to look after Afghanistan, he’s just stitched them up.”

Joe Biden is receiving an intense backlash over the disaster in Kabul following his withdrawal of American troops from Afghanistan.

On Monday, he announced that he stands “squarely” behind the US exit from Afghanistan.

He said: “If anything, the developments of the past week reinforce that ending US military involvement in Afghanistan now was the right decision.

“American troops cannot and should not be fighting in a war and dying in a war that Afghan forces are not willing to fight for themselves.”

However, President Biden is being criticised over the manner of the departure.

After he withdrew US troops, he then sent thousands back in to help the evacuation.

Last month he assured reporters it was “highly unlikely” the Taliban would overrun the entire country.