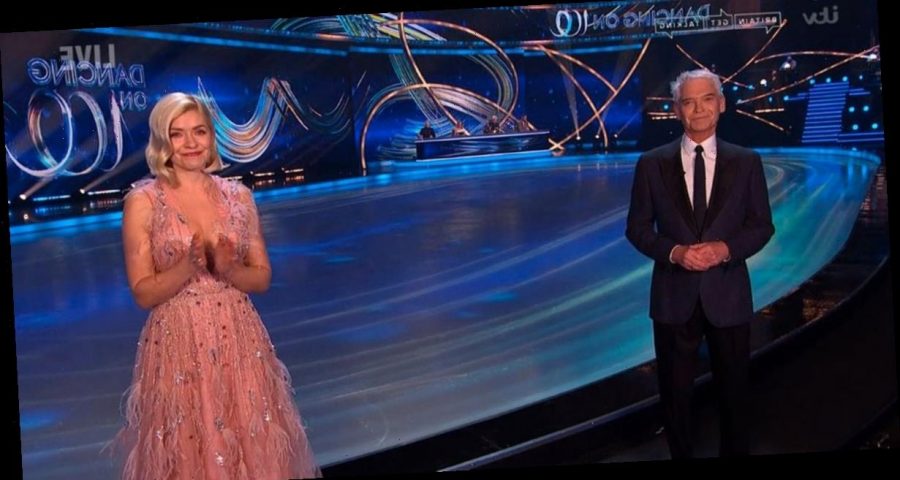 Dancing on Ice presenter Phillip Schofield confirmed that the 2021 series will finish in nine weeks time as he appeared on This Morning with his co-star Holly Willoughby.

Phillip and Holly welcomed viewers to the Monday edition of the ITV show as they discussed what had happened over the weekend in the DOI show launch.

The pair, who also present the skating show, talked about the first performances of the stars, with Holly admitting that Lady Leshurr, who faces the axe next week, was one of her favourite acts.

Holly and Phillip also said they found it hard to watch Denise van Outen perform with Matt Evers during the the show launch, as the TV presenter had dislocated her shoulder the day before the launch.

The pair said they could "see the pain" Denise was going through, especially at the end of the performance as she battled through the agony of her shoulder, which was strapped up in bandages.

Phillip said he could tell that she was fighting through the pain, as the star managed to battle through her debut after the unfortunate accident.

He ended the segment by saying: "Well done to everyone for getting through it, and to everyone putting us on the air.

"We'll be there for another nine weeks," as Holly jumped in to say: "Yes we will, eek."

The show kicked off on January 17, meaning that the show is set to finish on March 28, later than usual due to the pandemic.

Fans of the show were not happy to see rapper Lady Leshurr be told that she was facing the axe, as her performance was praised by viewers at home.

She found herself at the bottom of the public vote and judge's vote, and failed to get the Golden Ticket, which would have automatically put her through to week three.

This means that she will going up against whichever celebrity comes last next week, and the losing celeb will be sent home.

As the decision was announced, viewers rushed to social media to share their outrage, as one wrote: "Wait what? @LadyLeshurr has been robbed."

Another added: "Don’t understand how @LadyLeshurr is in the skate off on #DancingOnIce when she was one of the best ones last night."

A third chipped in: "I’m still annoyed lady Leshurr was in the bottom 2 and is in the dance off this week."

A fourth said: "No way should she have been in bottom two.. Thought she was the best!!"

Dancing on Ice continues on Sunday at 6pm on ITV.