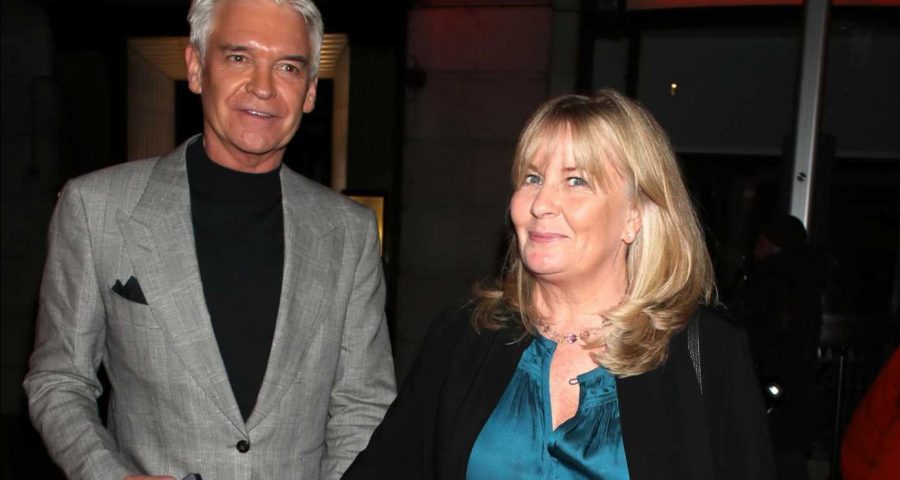 PHILLIP Schofield reunited with his wife Stephanie last night to celebrate their friend Kelly Hoppen's CBE with a meal at an exclusive London restaurant.

The pair, who aren't seen together so much these days after Phillip, 59, bravely came out last year, looked in fine spirits outside Langan's Brasserie. 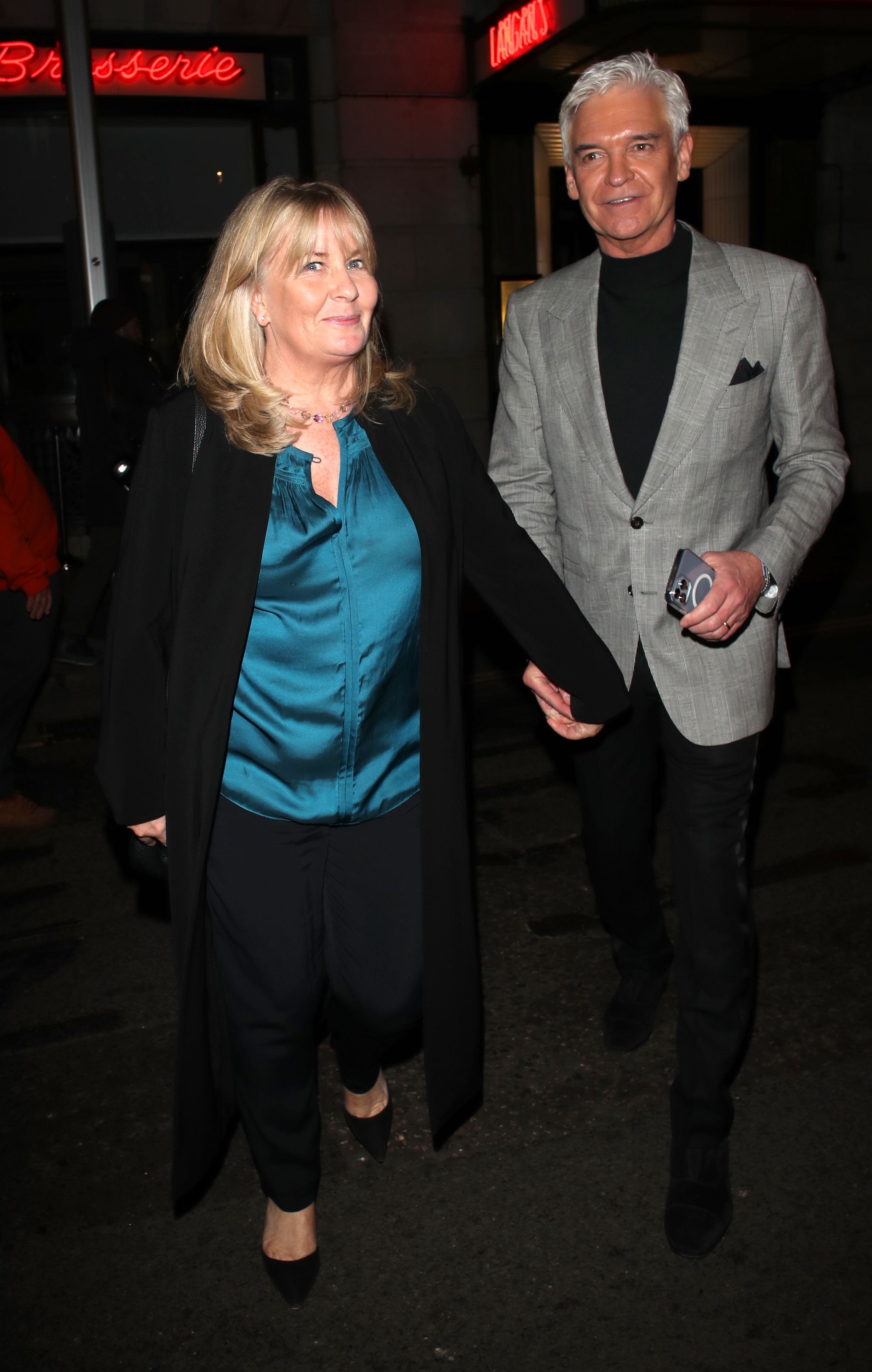 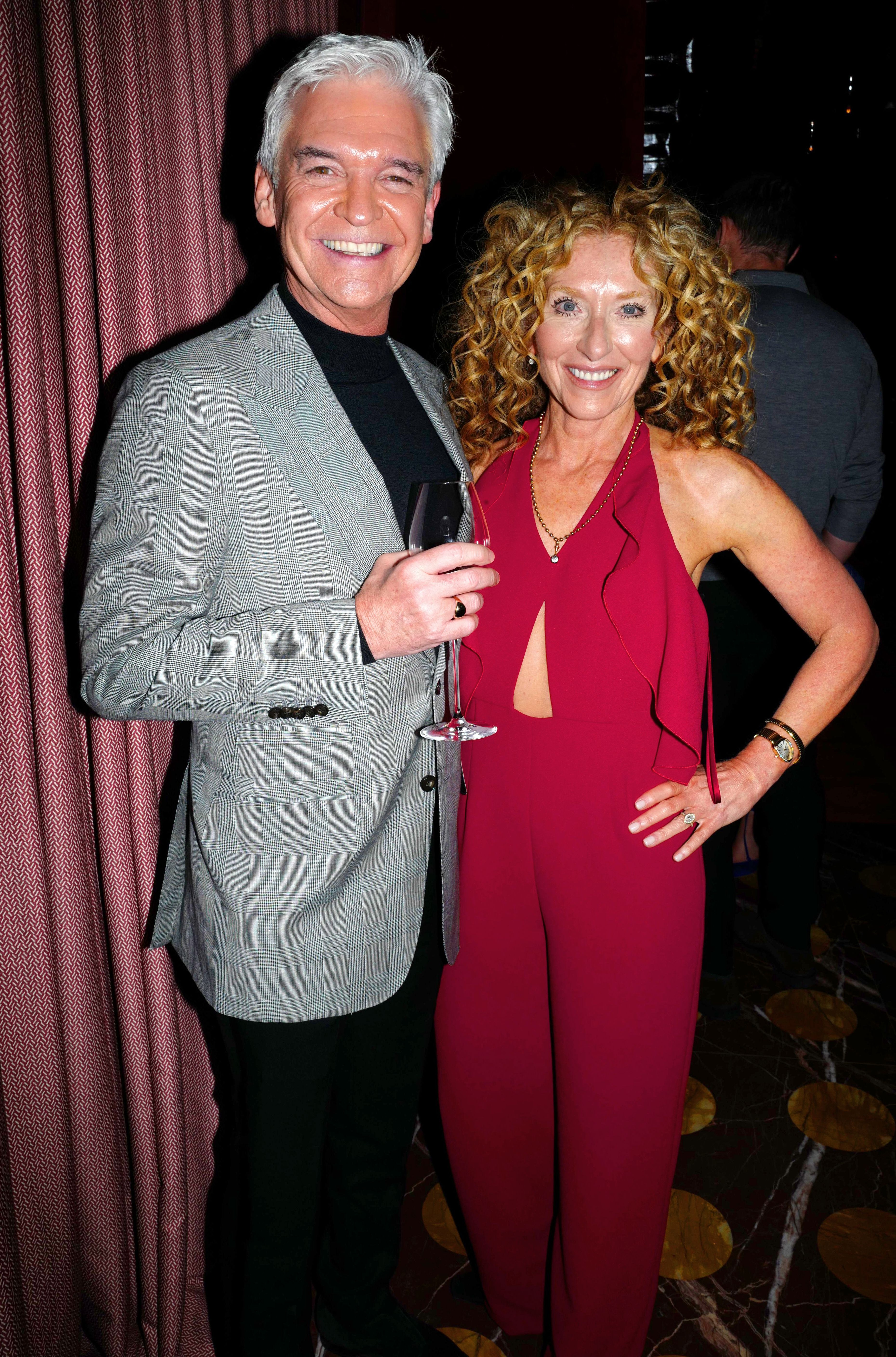 This Morning star Phil looked dapper in a grey jacket over a dark rollneck, while Steph, 57, wore a smart silk blouse and black coat as she led Phil by the hand.

Inside the venue Phillip beamed beside esteemed interior designer Kelly, who looked great in a red jumpsuit.

Earlier in the day she was presented with her honour by The Princess Royal inside Windsor Castle.

The event, which showcases the channel's broad range of talent, was attended by its biggest stars including Susanna Reid and Emily Atack.

Phillip and Steph also attended the star-studded Audience with Adele at the London Palladium earlier this month.

The pair, who share daughters Molly, 28, and Ruby, 25, have maintained a close relationship despite Phillip publically coming out as a gay man in February 2020.

Philip announced the news on This Morning alongside co-host Holly and also paid tribute to his supportive wife.

Speaking to The Mirror in October last year, Phillip said he and Stephanie had no plans to get a divorce.

"We're picking our way through. It's a work in progress," he said.

He added: "I'm still married to Steph. With divorce… we've not discussed that at all."

The couple tied the knot at Ackergill Tower in Scotland on 29 March 1993 after meeting while Stephanie was working as a production assistant on the BBC in the early 1990s. 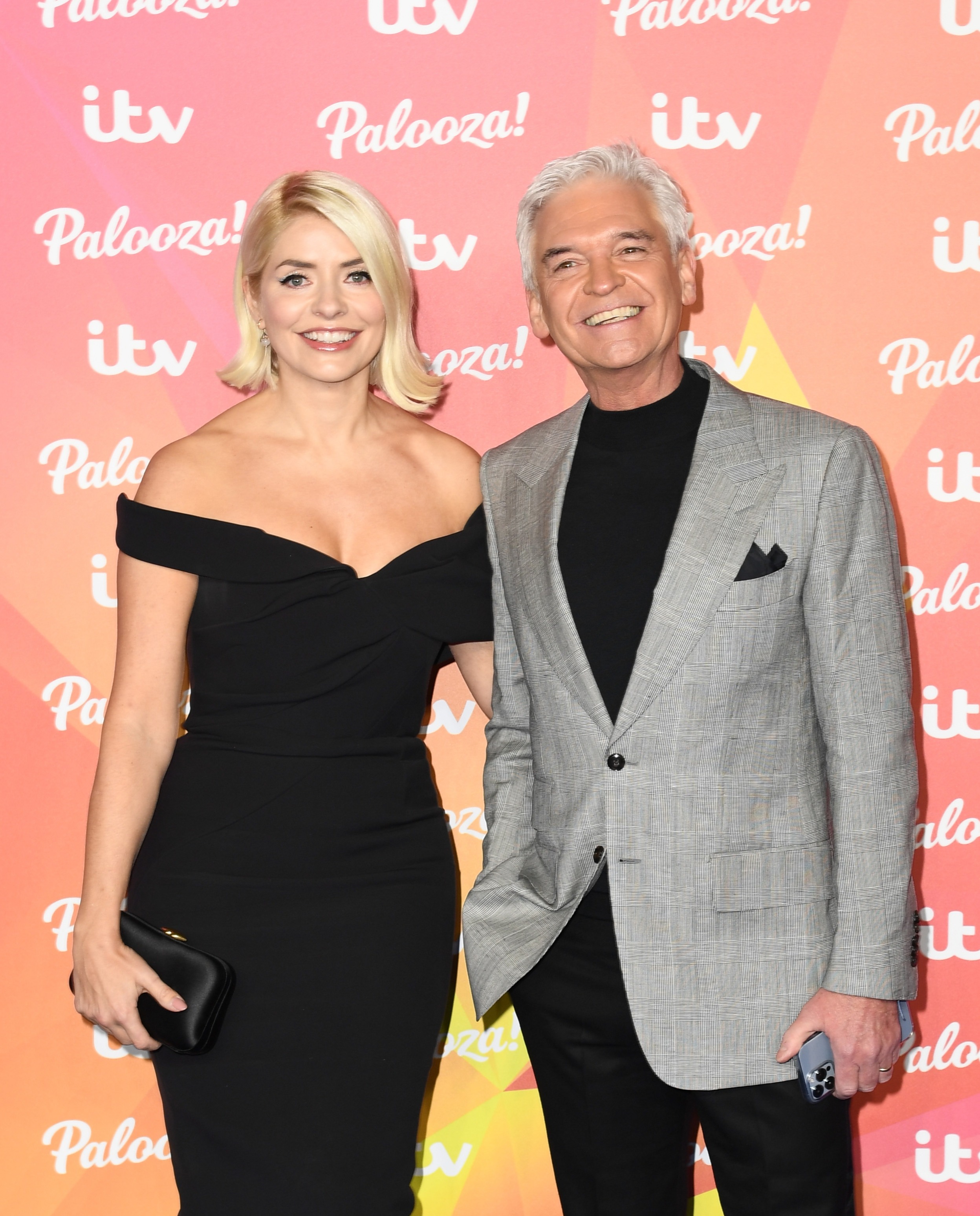