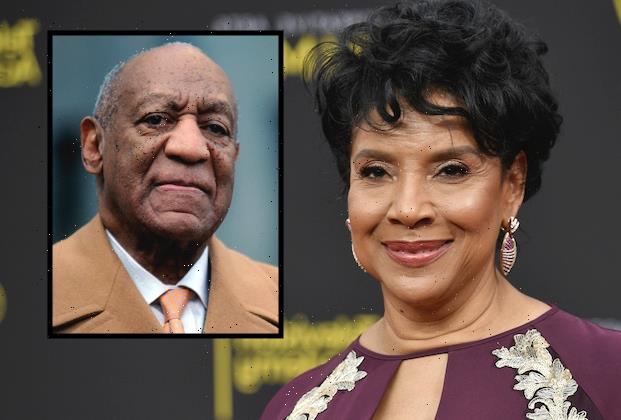 Phylicia Rashad says that “a miscarriage of justice” has been “corrected” by way of former TV husband Bill Cosby‘s overturned conviction for sexual assault and Wednesday release from prison.

On Wednesday morning, Pennsylvania’s highest court overturned the disgraced comedian’s sexual assault conviction after it found that an agreement with a previous prosecutor prevented him from being charged in the case; Cosby was released from prison two hours later. In the interim, Rashad — who has publicly defended Cosby throughout his legal battles — took to social media in support of her onetime costar.

“FINALLY!!!!” she tweeted in all caps. “A terrible wrong is being righted — a miscarriage of justice is corrected!”

Rashad originally came to Cosby’s defense in a 2015 interview with Showbiz411.com. “What you’re seeing is the destruction of a legacy. And I think it’s orchestrated,” she said at the time. “I don’t know why or who’s doing it, but it’s the legacy. And it’s a legacy that is so important to the culture.”

She followed up on her remarks in a televised sit-down with ABC News‘ Linsey Davis. “He is a genius,” she said. “He is generous, he is kind, he is inclusive… What has happened is declaration in the media of guilt, without proof.”

Cosby’s overturned conviction comes more than three years after he was first convicted in April 2018. Later that year, he was sentenced to three to 10 years in prison for three counts of sexual assault. He was charged with three counts of aggravated indecent assault after being accused of drugging and sexually assaulting Andrea Constand in his Philadelphia home in 2004, and was registered for life as a sexually violent predator.

Cosby, who is now 83 years old, previously vowed to serve out his 10-year sentence rather than express remorse over the 2004 encounter with Constand. He has spent the last two years imprisoned at the State Correctional Institution at Phoenix in Philadelphia.

Rashad is most commonly associated with her role as Cosby Show matriarch Clair Huxtable. She reunited with the comedian on the CBS sitcom Cosby, and appeared in episodes of The Cosby Mysteries and Little Bill.