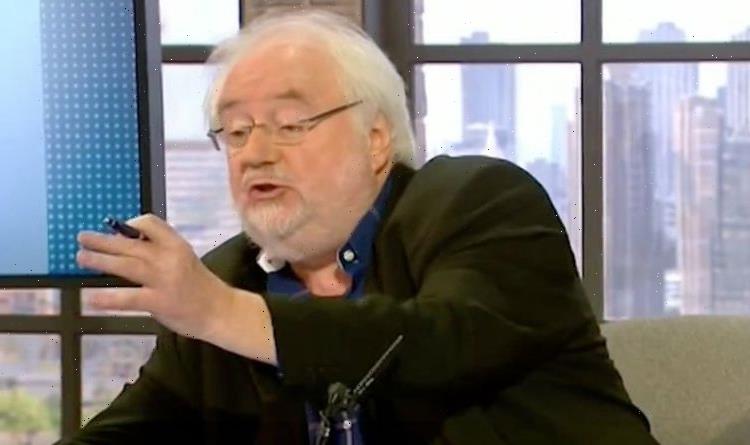 Jeremy Vine on 5 host Angelica Bell was forced to intervene in a heated clash over the Covid recovery which broke out on the show. Mike Parry and Nina Myskow were debating the spread of the Delta variant, originally discovered in India, and the risks of lifting coronavirus restrictions. The spread of the new variant in the UK and rising case numbers has begun to cast doubt on the planned date of June 21 for lifting restrictions.

Ms Bell, standing in for Jeremy Vine, started the discussion by saying “Let’s talk about the Delta variant. It’s much more prevalent now in the UK, it’s the dominant strain, with a total of 12,431 cases now confirmed which is up 79 percent from last week.”

“You’re not worried about that?” she asked.

Mr Parry said: “I’m not worried about that at all, because in the end we’ve got to say human beings now must control Covid, not Covid controlling us which is what’s happening.”

JUST IN: Ouch! German journalist admits UK ‘leaving us behind’ – ‘Corpse is grinning at us!’ 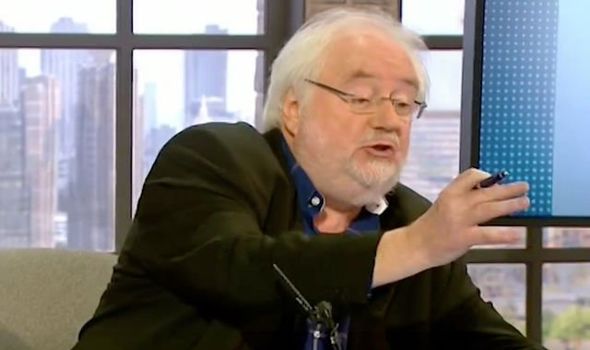 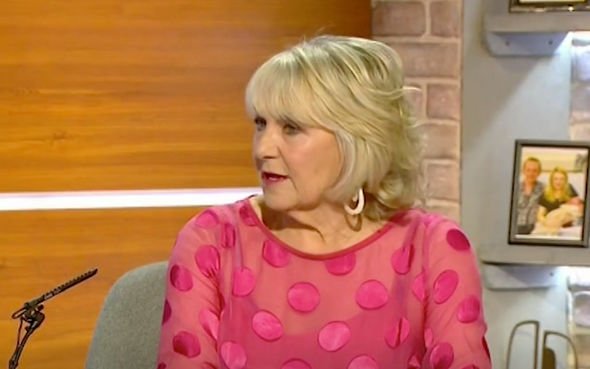 Mr Parry said “Originally it was about the NHS getting overwhelmed, ok? They’re nowhere near overwhelmed, they’ve got empty hospital wards because we’re so successful.”

“Can I quote one fact to you that was in The Times?” she continued. “The latest figures from Public Health England on the rate of transmissibility in terms of the Delta variant.

“They’ve discovered that the antibody level in people who have had double doses of the Pfizer vaccine is five times lower against the Delta. Five times lower.

“So you may think you’re double vaccinated and you’re fine, but we are not. Five times lower.

Mr Parry shot back: “This is nit-picking. It’s nit-picking on tiny amounts of numbers, honestly.” 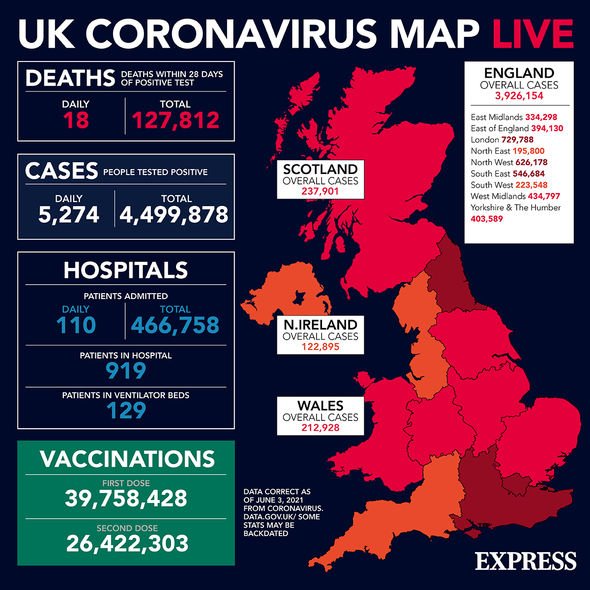 Angelica Bell intervened on what she called the “lively debate” and asked the audience for their views.

Health Secretary Matt Hancock announced earlier this week that over 75 percent of UK adults have received their first vaccination, while over 50 percent have had two jabs.

Public Health England has also stated that 75 percent of all new Covid cases are Delta variant cases, leading to concerns that restrictions may not be entirely lifted on June 21 as planned.

However, Boris Johnson said on Thursday that there was “nothing in the data” so far to indicate that the reopening should not go ahead.
Source: Read Full Article