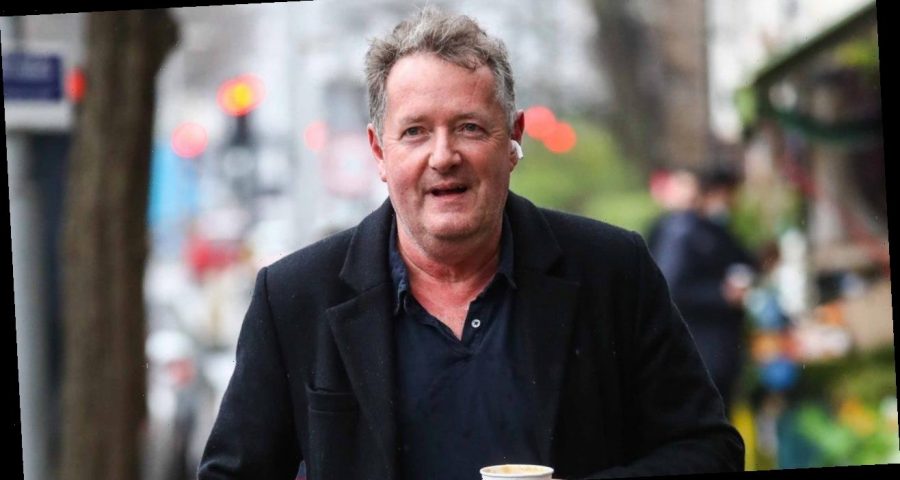 Piers Morgan abruptly left his role on Good Morning Britain on Tuesday — and some celebrities don’t seem to mind.

After six years on the British show, the 55-year-old TV personality decided to step down as co-anchor after he was called out on Tuesday’s episode over some comments he made earlier that week regarding Meghan Markle’s interview with Oprah Winfrey, where she admitted to having suicidal thoughts when she was still a senior member of the royal family. “I don’t believe a word she says, Meghan Markle,” he said of the Duchess of Sussex.

Not long after news broke that Morgan had stormed off the Good Morning Britain set and announced that he was leaving the ITV program, celebrities took to Twitter to share their experiences and feelings for him.

Chelsea Handler posted a video of when she appeared on Morgan’s CNN show, which aired for three seasons and was canceled in 2011. During their chat, Handler calls Morgan a “terrible interviewer” and says he’s not able to “pay attention for 60 seconds.”

“Some a**holes get better, some just stay the same. @piersmorgan,” the comedian captioned the clip.

Meanwhile, Jameela Jamil posted to social media that she contemplated suicide after feuding with Morgan on Twitter.

“I almost killed myself a year ago because of Piers Morgan’s relentless campaign of lies and hatred against me last February,” the Good Place actress wrote. “I’m glad I’m still alive today for many reasons.”

In response to Morgan leaving GMB, Jamil wrote on Instagram, “Now we don’t have to keep watching young marginalized people screamed at and gas lit over their own marginalization anymore, on mainstream broadcasting.”

On Tuesday’s The Late Show, host Stephen Colbert also addressed Morgan’s morning show exit. “Piers Morgan is such a baby that someone at Buckingham Palace just asked what color he’s going to be,” Colbert joked, addressing Markle’s allegation during her interview with Winfrey that someone in the royal family had concerns over the color of her son, Archie’s, skin before he was born.

The late-night host then exclaimed, “Congratulations! Tomorrow is going to be a great morning, Britain.”

Morgan did seem to have one celebrity in his corner. On Tuesday, Sharon Osbourne tweeted her support for him, but was later slammed for her message when she appeared on The Talk.

“@piersmorgan I am with you. I stand by you.  People forget that you’re paid for your opinion and that you’re just speaking your truth,” she wrote.

. @piersmorgan I am with you. I stand by you. People forget that you’re paid for your opinion and that you’re just speaking your truth.

Amid all the controversy, Morgan is standing by his statement regarding Markle.

Not long after it was announced that he was leaving GMB, he tweeted, “On Monday, I said I didn’t believe Meghan Markle in her Oprah interview. I’ve had time to reflect on this opinion, and I still don’t. If you did, OK. Freedom of speech is a hill I’m happy to die on. Thanks for all the love, and hate. I’m off to spend more time with my opinions.”