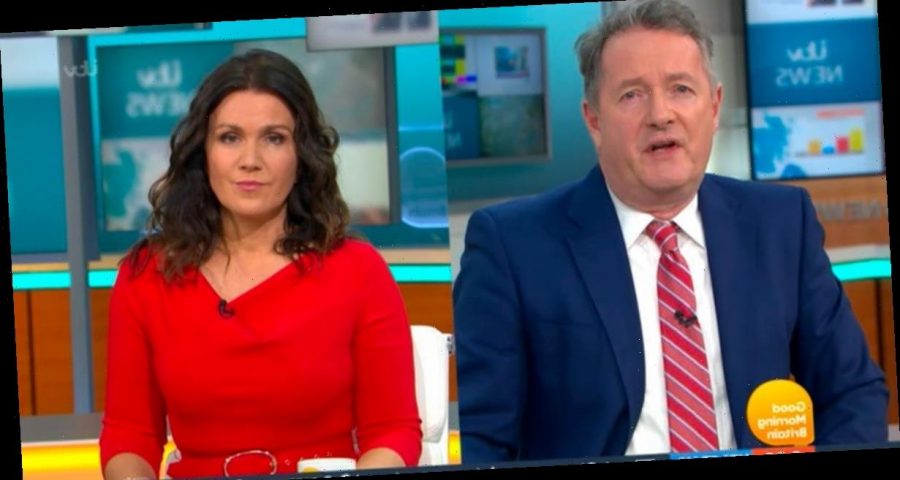 Good Morning Britain is set for a quieter week from Monday.

Usual co-host Piers Morgan has confirmed he won't be presenting alongside Susanna Reid in their standard ITV breakfast slot for the next seven days.

The outspoken star, who had helped turn the show into a ratings goldmine over the past few years, has told fans he is taking time out.

Piers, 55, has took to Twitter on Sunday evening to confirm he now won't be on Good Morning Britain until late February.

Posting to his 7.7 million followers, the star quote tweeted a follower called Janine who moaned he would be 'unbearable' on air.

Piers replied: "Relax Janine, I’m off for a week."

His post was quickly met with a flurry of replies from fans who were divided by his time away.

One supporter wrote: "@piersmorgan I’m devastated your off for the week!"

Another chimed in: "The ratings will drop like a bomb. Enjoy your week off."

However, others were pleased to get a break from his no-nonsense interviews.

One savaged: "Ratings will be up even more then with you not been there. Worth watching now."

But before fans of the star start to worry, Piers' time off is planned and in line with the usual half term breaks.

While he and Susanna are away, the show will be hosted by Ben Shepherd and Kate Garraway.

Piers recently boasted he believes Good Morning Britain will be able to beat rival BBC Breakfast by the end of 2021.

He told The Sun: "We have captured the zeitgeist and mood of the country a lot better than BBC Breakfast.

"I think it's very likely we will overtake them in the ratings by the end of the year which will be an extraordinary achievement.

"You can see that there's real movement now. They're not moving, and we're moving relentlessly upwards."