Ashley Benson, star of ABC’s Pretty Little Liars, has a secret. Can you keep it? Better lock it in your pocket! If you read those last few sentences and found yourself immediately humming along to the iconic lyrics from the Pretty Little Liars theme song, you may be shocked to hear that Benson had a big role in choosing the song. But exactly how this specific track ended up as the opening song for the hit TV show is as random as any of A’s mischievous pranks. 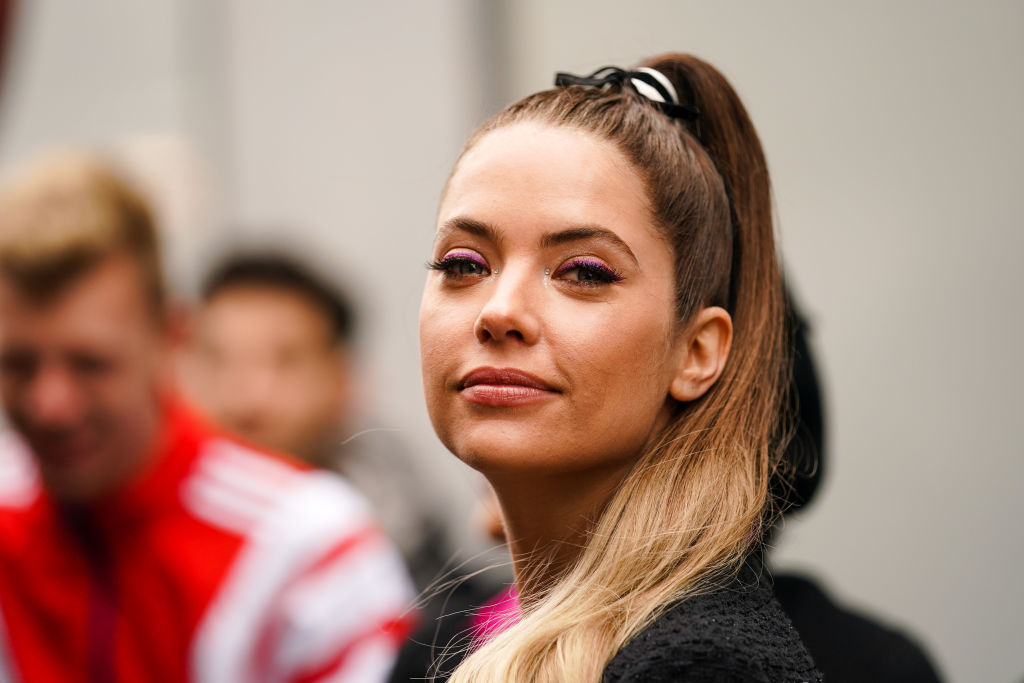 The slow melody heard at the start of every single Pretty Little Liars episode is a song called “Secret” by a band named The Pierces. The Pierces are a sister duo hailing from Birmingham, Alabama and they are no strangers to teen TV dramas.

In fact, before “Secret” was featured in Pretty Little Liars, it was actually highlighted in the “Hi, Society” episode of Gossip Girl‘s first season. Not only that, but The Pierces even guest-starred in the episode as the band playing in the background of the gala. This all happened back in 2007, while the first season of Pretty Little Liars didn’t start until 2010.

“The gang [in Gossip Girl] dances to a certain song at their cotillion: ‘Secret’ by The Pierces,” reports Glamour. “Yes, that is the theme song to [Pretty Little Liars] that you’re listening to.”

Ashley Benson is responsible for the show’s memorable theme song

Benson and her castmates were in Vancouver, BC, shooting the Pretty Little Liars pilot episode. On the way back from the set, Benson played “Secret.” “You had played it for all of us,” reminisces Benson’s castmate Troian Bellisario in an interview with Entertainment Weekly. “And you were like, ‘I want to show it to Marlene [King, the producer of the TV show,] because I really think it could be a great theme song.’”

The song’s lyrics include lines like “two can keep a secret if one of them is dead,” which is a theme that features heavily throughout the show’s six-year run. It’s no surprise that King and the rest of the producers went with Benson’s recommendation. In fact, lines from the theme song went on to appear as episode titles: “Taking This One to the Grave” was an episode in Pretty Little Liars while “If One of Them Is Dead” was the title of an episode in the spinoff show Pretty Little Liars: The Perfectionists.

In Pretty Little Liars, the show often killed off characters, only to have the same character come back in future episodes (sometimes with a surprising twist, like a doppelgänger or a long-lost twin). Likewise, “Secret” keeps coming back too.

The band Denmark + Winter covered the song in 2019 and gave it their own twist. And this updated version is now the theme song of Pretty Little Liars: The Perfectionists. Although the original Pretty Little Liars ended in 2017, the new spinoff show debuted in 2019 set in a Rosewood-esque town called Beacon Heights. Many fans think the cover from Denmark + Winter is even more haunting than the original.

The Hollywood Reporter recently announced that there is yet another spinoff of Pretty Little Liars in the works. Whether “Secret” — in its original form or as another cover — will continue to be the show’s theme song has yet to be announced.