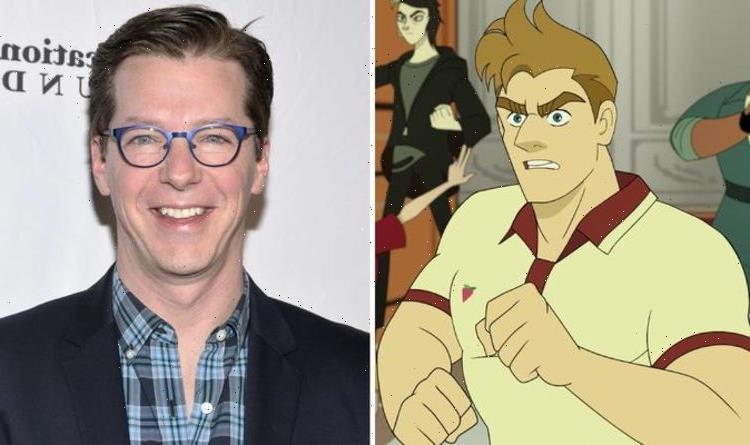 Q-Force comes from the creators Sean Hayes and Michael Schur who are responsible for some of the biggest sitcoms around including The Office, Parks and Recreation and Brooklyn Nine-Nine. The Netflix comedy will be about Steve Merryweather who is ordered to go to West Hollywood by the American Intelligence Agency (AIA) after he came out as gay. Instead, he decided to prove the agency wrong and set up his own team of LGBQT+ heroes but it only gets the approval of the agency when they assign straight man Agent Buck to join them. Here’s everything you need to know about the voiceover actors in the show.

Who is in the cast of Q-Force?

Leading the team of LGBTQ+ misfits is Steve Merryweather who is better known as Agent Mary.

He will be voiced by actor, comedian, producer and creator of Q-Force Sean Hayes.

Hayes is best recognised for playing Jack McFarland in NBC’s sitcom Will and Grace.

For his part in the comedy, Hayes won an American Comedy Award, four SAG Awards, a Primetime Emmy and six Golden Globe nominations.

Dirk Chunley is the director of AIA and isn’t exactly Q-Force’s biggest fan but reluctantly allows them to go ahead with their superhero duties.

He is voiced by actor Gary Cole who has been in a plethora of movies and series over the years.

Some of which include Midnight Caller, The Brady Bunch Movie, American Gothic, Office Space, Suits, The West Wing and Desperate Housewives.

Q-Force is only given the green light because of their newest recruit Agent Rick Buck.

As the only straight agent on the team, Agent Buck is going to need some time to get used to this new assignment.

Revolutionary Road, Hellboy and Suicide Squad are just some of his other projects.

He married singer Lily Allen in Las Vegas in September 2020.

V is one of the team members of Q-Force who is played by actress and comedian Laurie Metcalf.

She is best known for playing Jackie in the sitcom Roseanne for three decades.

Metcalf has also been in The Conners, Toy Story 4, The McCarthys, Getting On, Desperately Seeking Susan, Uncle Buck and A Dangerous Woman.

Another key member of the team is Deb, voiced by actress, stand-up comedian and writer Wanda Sykes.

She previously worked as a writer on The Chris Rock Show which won her a Primetime Emmy Award in 1999.

Sykes was even named as one of the 25 funniest people in America in 2004 by Entertainment Weekly.

In terms of her acting career, she has featured in Monster-in-Law, Ice Age: Continental Drift, Black-ish and Bad Moms.

Q-Force will come out on Thursday, September 2, on Netflix.