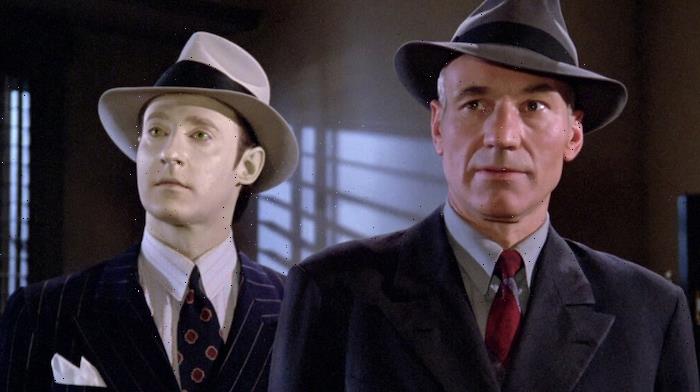 What’s it like to work with Quentin Tarantino? Mark L. Smith has a list of credits that include Vacancy, The Revenant, Overlord, and, most recently, The Midnight Sky. In the Mirror Universe, that famous alternate reality in the Star Trek franchise, Smith’s writing resume could have also included a Tarantino-directed Trek film.

He’s opened up about what it was like to collaborate with Tarantino and has also given some more details about what Tarantino’s Trek film would have entailed.

Beam me up, Quentin

Something like that must have been going through Smith’s mind when they conscripted him to meet with Tarantino about a Star Trek movie. On the Bulletproof Screenwriting podcast (via The Playlist), he discussed hearing Tarantino read “an awesome cool gangster scene he wrote” and seeing him act it out. He said:

“Then just we started working. I would go hang out at his house one night and we would watch old gangster films. We were there for hours … We were just kicking back watching gangster films, laughing at the bad dialogue, but talking about how it would bleed into what we wanted to do. Kirk’s in it, we’ve got him. All the characters are there. It would be those guys. I guess you would look at it like all the episodes of the show didn’t really connect. So this would be almost its own episode. A very cool episode. There’s a little time travel stuff going on. There’s all this other…it’s really wild.”

If you’re wondering why they were watching gangster movies, it all goes back to what Tarantino’s take on Trek would have been. Back in 2019, he said, almost in defiance of star Simon Pegg, that it would be “Pulp Fiction in space.”

There was already an episode of Star Trek: The Original Series, “A Piece of the Action,” in which the crew of the starship Enterprise set down on a planet with a gangster culture like that of the Prohibition era in America. In Star Trek: The Next Generation, the first major holodeck episode, “The Big Goodbye,” also set a precedent for the Enterprise-D crew donning fedora hats and having film-noir adventures inspired by The Maltese Falcon.

Actor Lawrence Tierney, who portrayed the gruff heist organizer, Joe Cabot, in Reservoir Dogs, actually guest-starred in that episode. Furthermore, the Deep Space Nine episode, “Far Beyond the Stars,” had Captain Sisko (Avery Brooks) hallucinating visions of himself and his crew in New York in the mid-20th century, while the two-parter, “Past Tense,” actually sent him and a couple of them back to Earth’s past courtesy of a transporter anomaly.

Our sources indicate that Tarantino’s Trek film would have involved time travel, with the auteur combining his love for Chris Pine and a plot that sounded similar to “Past Tense” or Star Trek: The Voyage Home, whereby the Enterprise crew visited San Francisco in Earth’s actual past. We’ve heard from people in the know that Kirk and company would have begun bootlegging in America in the 1920s to earn money for ship repairs.

Tarantino co-wrote Pulp Fiction with Roger Avary, and Jackie Brown was an adaptation of the Elmore Leonard novel, Rum Punch. For the most part, however, he has maintained the sole writing credit for his movies. It’s interesting to imagine his version of Star Trek and hear another writer talk about working with him like this. However, Tarantino’s Trek movie seems destined for the “cinema speculation” file, much like his Rambo movie. What’s moving forward now instead is a Star Trek film from WandaVision director Matt Shakman.