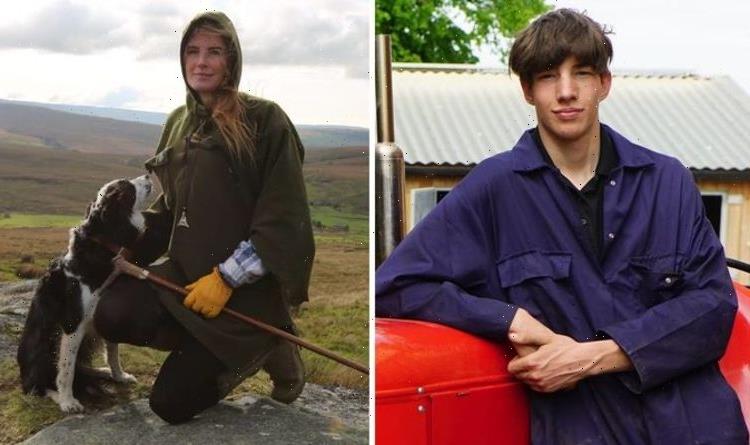 Our Yorkshire Farm: The Owens return in Channel 5 trailer

Reuben Owen is one of nine children who feature on Our Yorkshire Farm. The reality series follows the lives of shepherdess Amanda Owen and her family as they balance everyday activities with running Ravenseat Farm. Channel 5 viewers have been able to see all of them progress over the past three years.

WARNING: This article contains spoilers from Our Yorkshire Farm.

The family faced another change at the start of season four of Our Yorkshire Farm.

Amanda and Clive’s eldest son had been a dab hand at fixing things around the farm since he was little.

But the 17-year-old decided he wanted to hone these skills even further and so took on a mechanics apprenticeship.

He will be learning how to fix tractors but it does mean Reuben won’t be around as much to help out on the farm.

Talking about his son’s departure from Ravenseat, dad Clive said: “It’s going to be weird without my right-hand man.

One person who will be missing Reuben a lot is his younger brother Sidney who’s nine-years-old.

Clive has said “wherever Reuben goes Sidney goes” so it is a big adjustment for the whole family.

Reuben is the second oldest child in the Our Yorkshire Farm family.

But he is by far the tallest member of the Owens, standing at a whopping 6ft 6in.

That is equivalent to around 1.98m and so towers above the rest of his loved ones.

It is clear where he has inherited his stature from though.

Prior to starting a new life as a shepherdess, Amanda was a model.

She is 6ft 2in and while it isn’t known how tall Clive is, the Channel 5 series shows he is roughly the same height as his wife of more than 20 years.

It is unclear how tall the rest of the children are but if their parents and Reuben are anything to go by, they will all have a growth spurt soon enough.

Thankfully, the wait is nearly over for the next season of Our Yorkshire Farm.

The docu-series was last seen in May this year and while it has been away from our screens, filming has been going ahead.

Season five was quickly given the go-ahead shortly after series four came to an end.

Our Yorkshire Farm season 5 will start on Tuesday, October 5, on Channel 5 but what will the family get up to this time around?

Our Yorkshire Farm is available to watch on Channel 5 and My5.