FORMER Page 3 model Rhian Sugden made her followers' day after she shared a sizzling snap in nothing but her lingerie.

Rhian, 34, who is currently renovating her new home, could be seen in her latest expose posing in front of a wall. 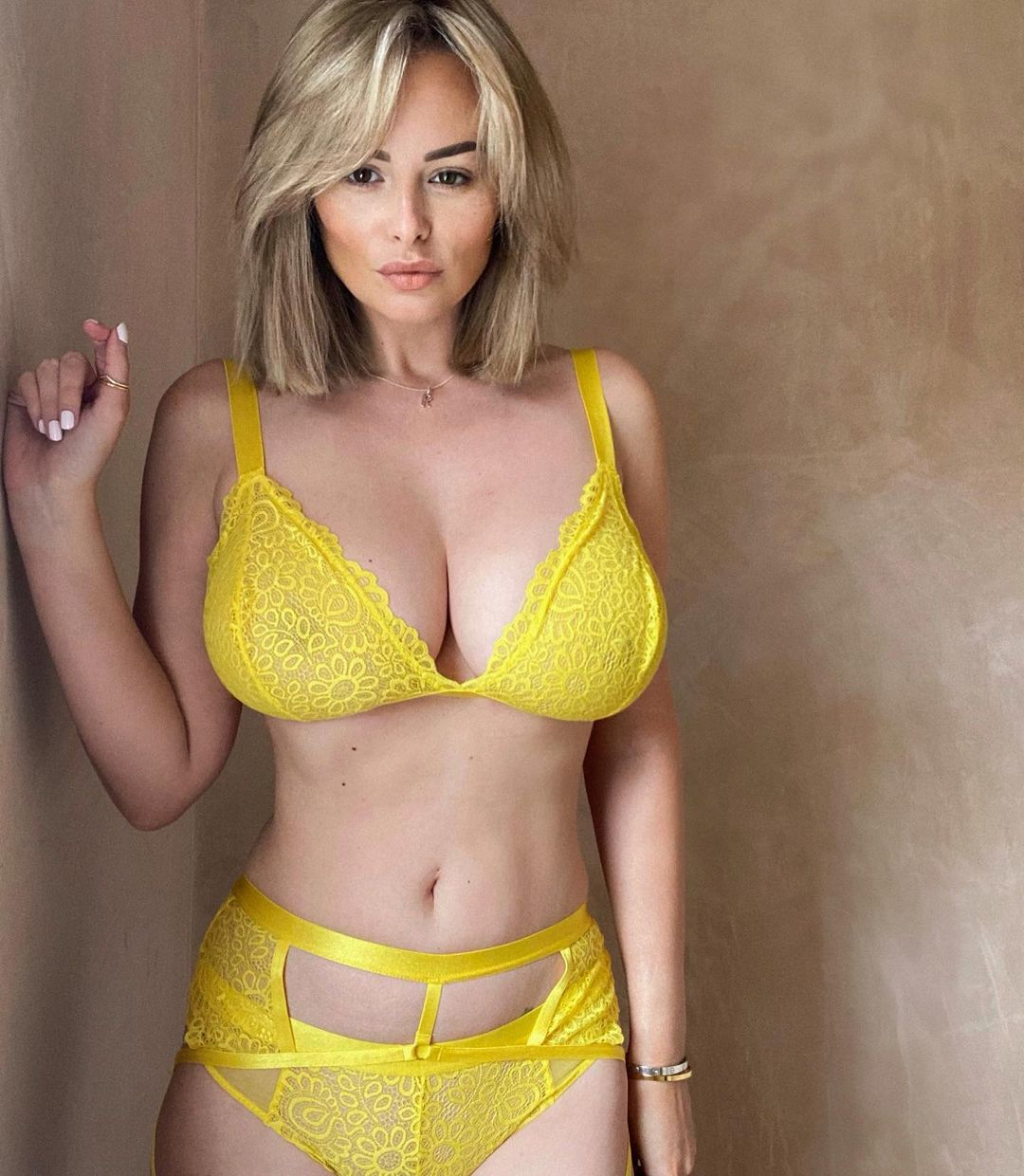 But the view was all Rhian as she posed while leaning against the wall in a striking matching sun yellow lingerie set.

It featured teeny little daisies all over both the bra and knickers as the fabric clung to her famous curves.

Rhian posed with one arm leaning against the wall as she sported a white manicure. 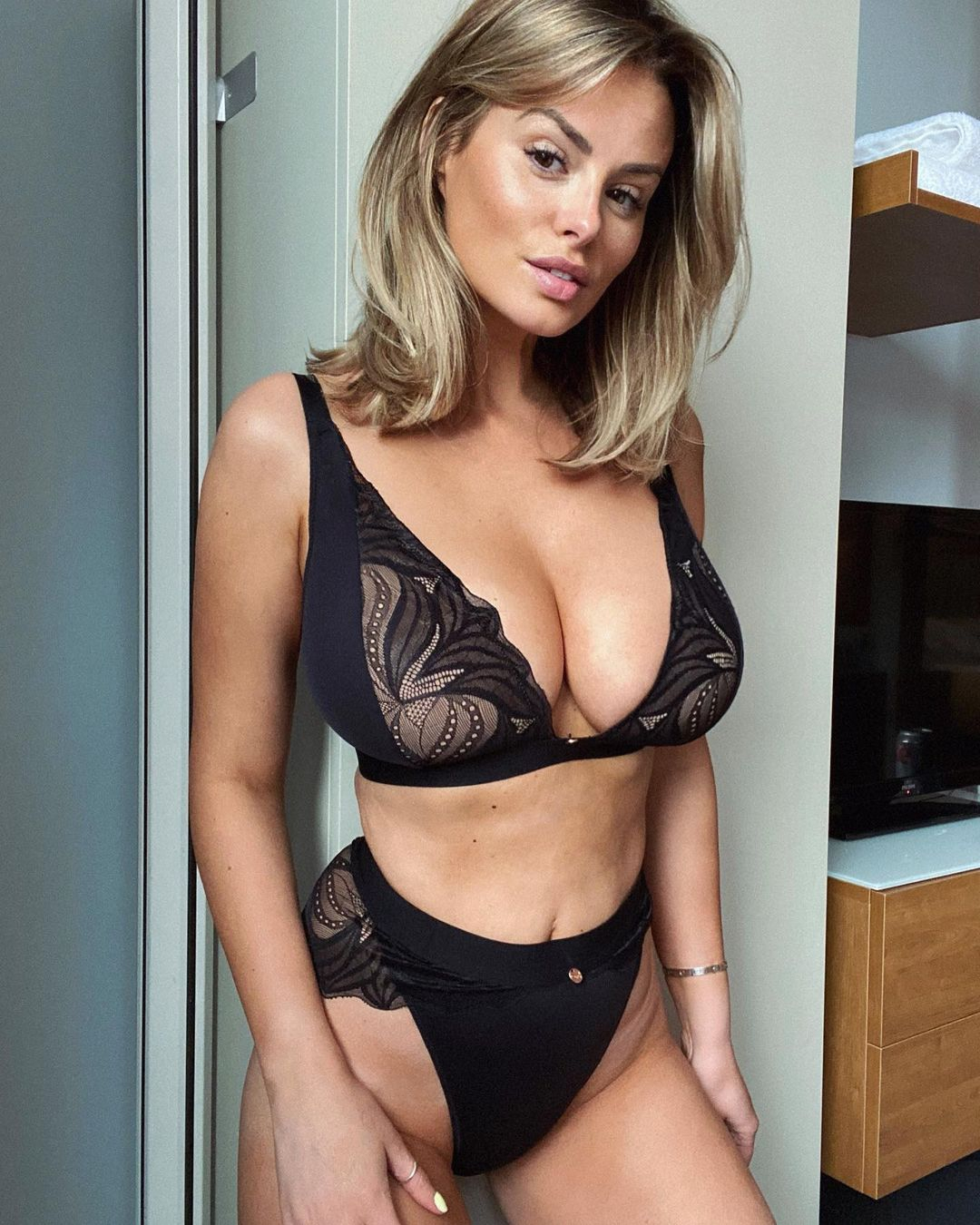 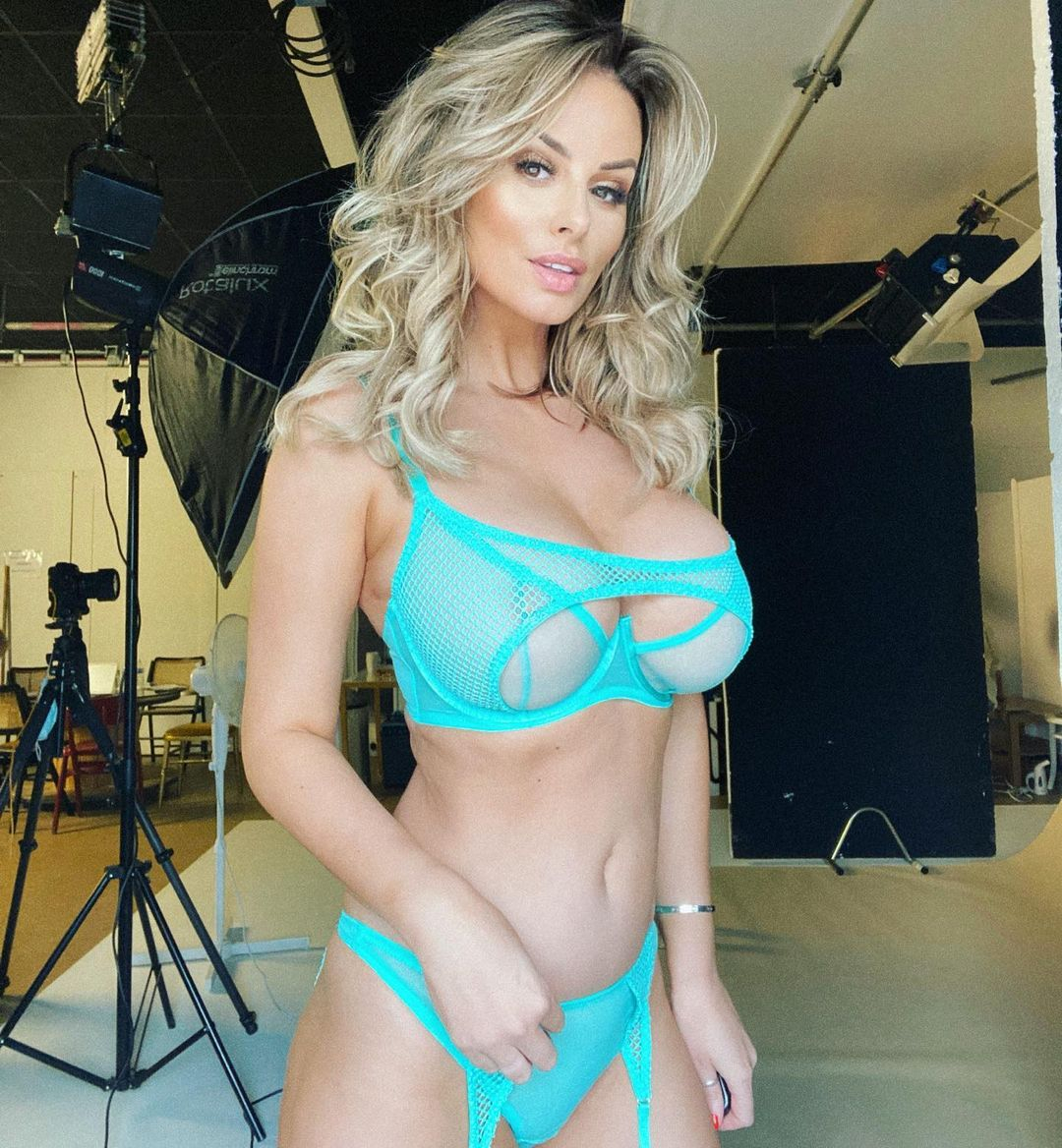 The yellow knickers featured extra sex appeal with cut-outs throughout.

The blonde star wore her hair down for the occasion and her neat bob sat perfectly on her shoulders.

Rhian also updated fans on how her new home is coming along in the caption as she revealed her house is mainly just plaster.

She wrote: "I’ve been sent some sexy-ass underwear over the past few weeks but due to living in my house at the same time as doing a full refurb… I only have bare plaster walls as my background. 🥲

"Kills the vibe a little but let’s go with it.

It comes after the star revealed she gets sent dozens of explicit photos and bizarre sexual requests in her DMS on Instagram.

The star wrote in a rant to her 425,000 followers: "Ergh there are some right creeps in my inbox this week…

"From ball bag pics to full on b-hole pics.

"And another offer to couple up with someone's wife and be filmed!!"

She added: "Leave it out will you. This isn't a knocking shop. *Barf*"