Real Housewives of Beverly Hills star Erika Jayne didn’t exactly shock fans when she announced that she and her husband, Tom Girardi, were divorcing after 21 years of marriage. Since the announcement, rumors have started to fly, including the accusation that both Erika and Tom were unfaithful. Fans want to know – does Erika have a mystery man in her life? 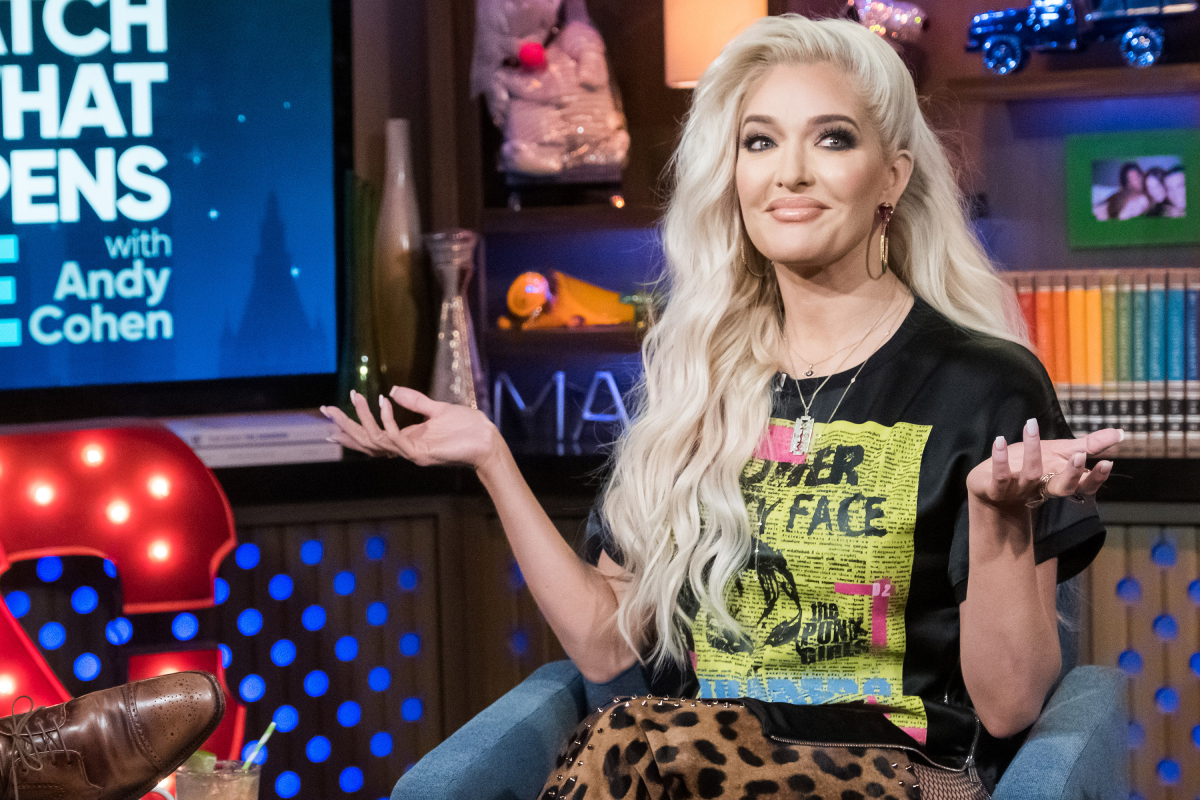 The ‘RHOBH’ star and her husband have lived separate lives for years, insider claims

Erika shared the news of her split via Instagram on November 3. She wrote that after much consideration, she had decided to end her marriage. The RHOBH star explained that it was a step she didn’t take lightly or easily. She says she still has “great love and respect for Tom” and the lives they built together.

According to In Touch, Erika and Tom were “more like very close friends than husband and wife” before their split. An insider claims that the couple had been leading separate lives for a long time.

“Erika and Tom have led separate lives for years. [She] would go off touring and doing her own thing, and Tom would do his,” the source dished.

The insider added that the COVID-19 lockdown was the final nail in the coffin. Erika and Tom reportedly realized that their marriage “wasn’t working” and it was time to call it quits.

“The pandemic is having a mental impact on everyone, and Erika’s been reflecting on what she wants moving forward. Being married to Tom isn’t part of her plan,” the source explained.

As fans know, Tom is 32 years older than Erika – he’s 81 and she’s 49. The couple met in the late 90s when she was working as a server at Chasen’s, a Los Angeles restaurant. The couple quickly got engaged and tied the knot in 1999.

Over the years, Erika has often found herself defending her marriage, especially when she joined the cast of RHOBH.

“I’m tired of having to justify my 20-year marriage. Go get a 20-year marriage and then come f**king talk to me,” Erika said during an April episode. “It’s great to have financial support. But having someone’s emotional support is something that I wish I had more of growing up.”

Despite constantly defending the marriage, rumors have swirled for a while that Tom was stepping out on Erika. Since their split, stories have emerged claiming Erika was also unfaithful.

According to All About TRH, the gossip started popping up on Instagram. Some reports claimed Tom was “getting cozy” with an unnamed blonde at various private clubs in Los Angeles. On the other hand, one rumor accused Erika of “sleeping with a guy who is in the business.”

Who is the ‘RHOBH’ star’s mystery man?

The rumor about Erika’s mystery man comes with a few more details. The rumor is that Erika has been stepping out with a married guy “who all of you know.” However, he is “not an actor, musician, or athlete.”

According to former RHOBH friend Dana Wilkey, she received a message that revealed the identity of Erika’s alleged mystery man. At first, Dana thought Erika was cheating with a FENTY model. But now, Dana claims that Erika has been sleeping with music executive Scooter Braun.

“FYI it’s Scooter Braun, not a FENTY model,” the unknown source told Dana. “I don’t know many specifics but a friend of mine works in the music industry and despises him. She told me he and Erika met in a LA sex club and have been together ever since.”

The insider added that Scooter’s wife knows about the club and “puts up with it.” They are also looking forward to seeing “what fun happens” now that Erika has filed for divorce.

In addition to the Scooter Braun rumor, another one is swirling that claims Erika’s mystery man is Dancing With the Stars pro Gleb Savchenko. Fans will remember that Erika and Gleb were partners during season 24 of DWTS in 2015.

Just days after Erika’s divorce announcement, Gleb’s wife revealed she was leaving him because of his “ongoing” infidelity. However, some fans believe that Gleb has been hooking up with his current partner, Selling Sunset star Chrishell Stause. However, both Gleb and Chrishell have denied that they are more than friends. Adding fuel to the Erika Jayne rumors.

Season 11 of Real Housewives of Beverly Hills is expected to premiere in mid-2021.