ROBBIE Williams gave fans a shock on ITV's Soccer Aid tonight as some insisted he looked more like Take That bandmate Gary Barlow.

Robbie, 41, stunned viewers when he performed a song at half time but appeared as a hologram – moments after chatting to host Dermot O'Leary via a video link from his home in Los Angeles. 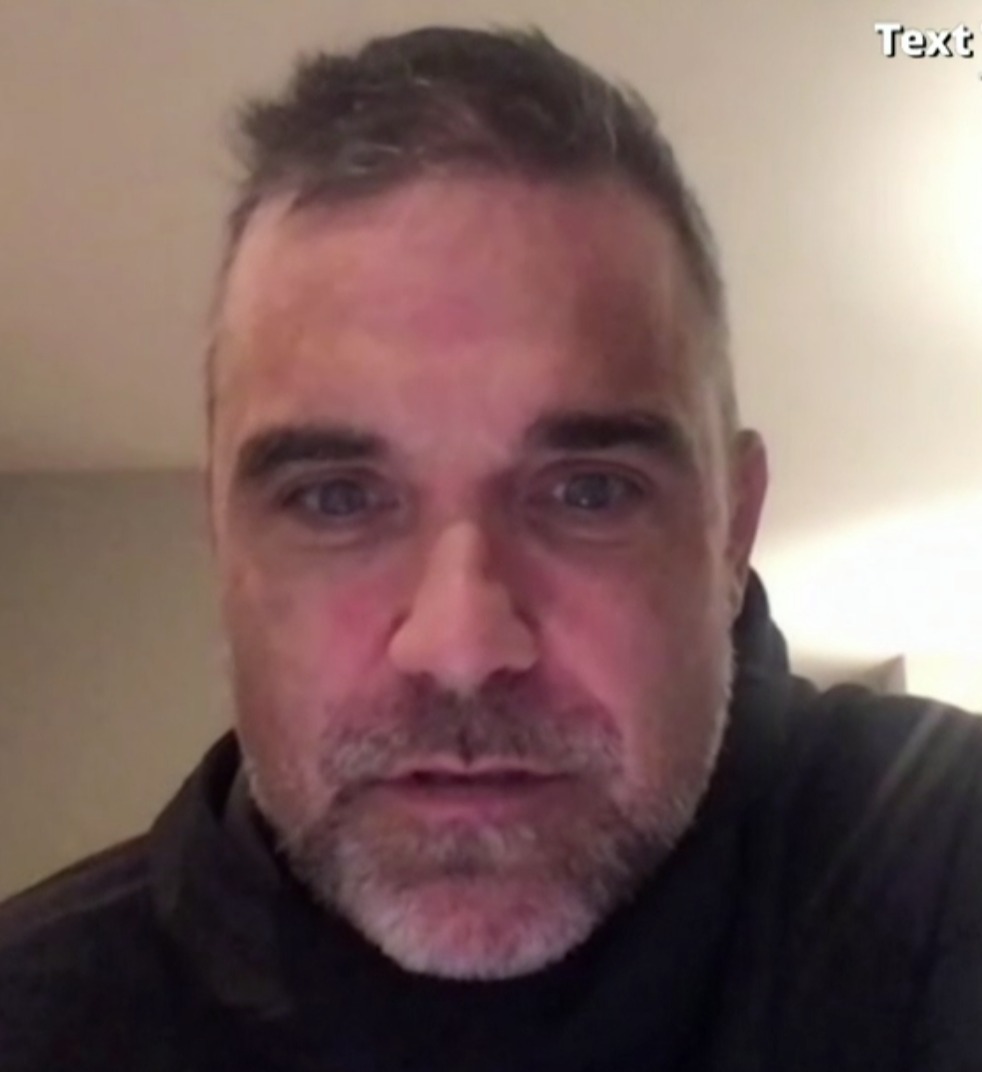 The Angels singer explained he couldn't be at the charity football match in person because he was stuck in America following the coronavirus travel ban.

"But I went on holiday and we got put on a travel ban, so I can't be there but it's given me the moment to experience it how everybody else experiences it."

Later, he duetted with The Struts on their new singles Strange Days, but left viewers confused when he appeared as an "8ft tall" hologram. 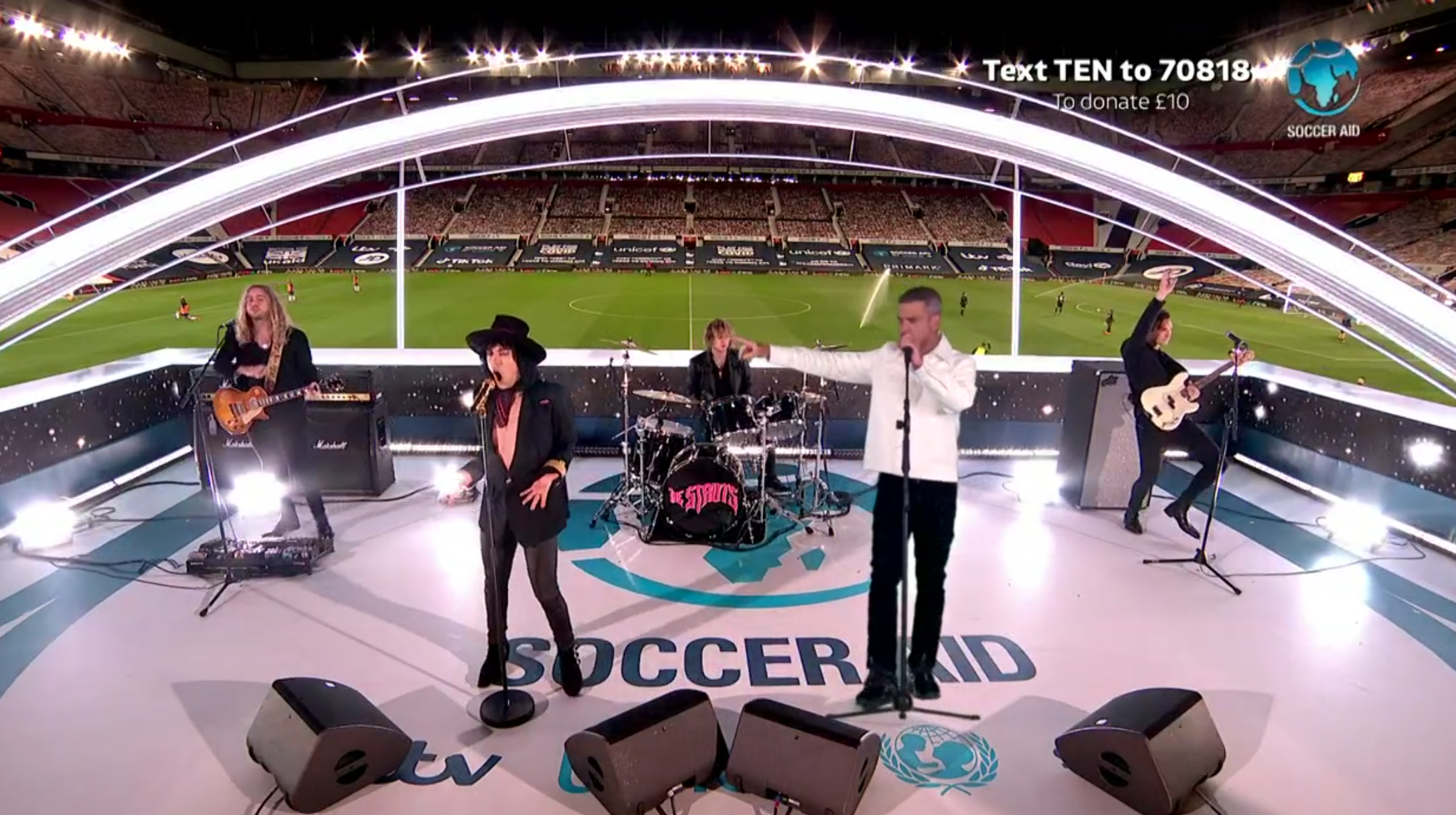 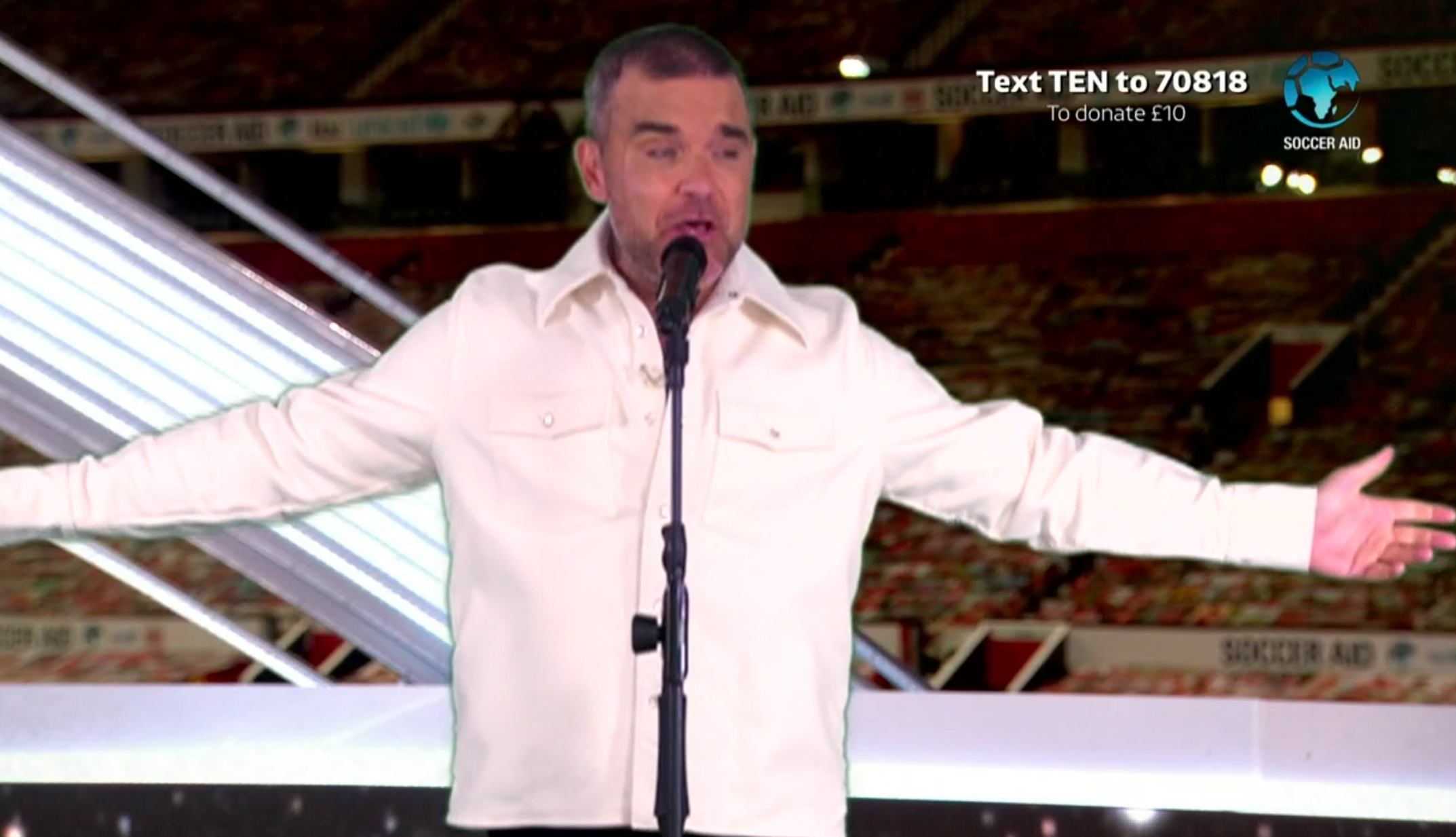 Some were left baffled by the performance thanks to Robbie's new look and the futuristic 3D hologram.

One viewer tweeted, "Robbie Williams is looking like Gary Barlow" as another said: "What the hell have I just witnessed? Looks like they’ve just copy & pasted Robbie Williams into that performance."

And one more viewer ranted: "Robbie Williams is doing a strange Obi Wan Kenobi hologram impression and what seems to be a Noel Fielding lookalike singing is still the weirdest thing on my television #SoccerAid"

As another joked: "So Robbie Williams is apparently scraping 8ft tall #SoccerAid" 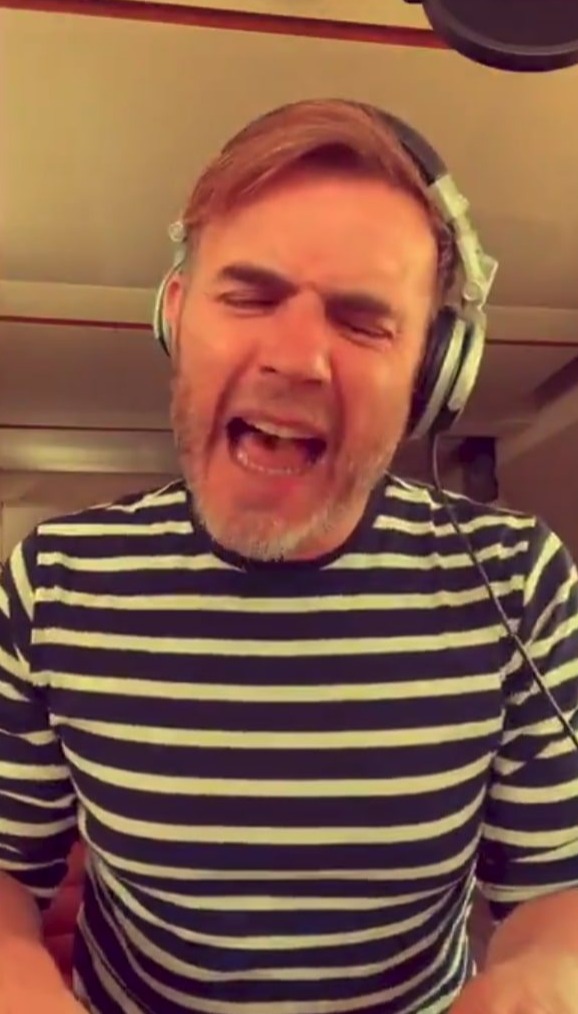 Despite DJ Locksmith missing the first penalty of the penalty shootout, WORLD XI went on to win the match.

Soccer Aid is the brainchild of Robbie Williams and his friend Jonathan Wilkes, and the matches between England and the World XI have raised more than £38m for Unicef so far since 2006.